Uncertain Times and Precious Insights to paths for stability

We are in a terrible drought, especially in the Southwestern USA.

The states of Texas, New Mexico, Arizona, Nevada, California normally contribute a huge percentage of U.S. agricultural production, from food, fiber, livestock.... it is billions and billions of dollars.  But now farmers are facing and trying to plan for "hard times".    That has economic and political implications. 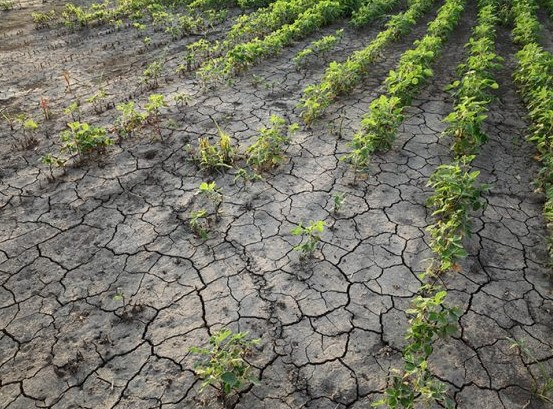 Farmers, those in agriculture, tended to vote for Democrats for decades starting with Franklin Roosevelt.  But then the farm world seemed to fall in love with right wing radio voices such as Rush Limbaugh.  Now with Republicans fighting every mention of Federal Support, Democrats have a real chance to win the farmers of America back.  Extreme weather, from droughts, to storms, tornadoes, dry grounds cracking open one day and dealing with unseasonal storms the next...this is a hard a precarious time for agriculture in the USA for millions.

WILL BIDEN AND DEMOCRATS TAKE ADVANTAGE OF THIS CYCLE?

Political winds are changing.  When I go back to our family farmlands, and visit with farmers, more and more of them are realizing that the many farm programs Democrats have worked so hard to put into place for decades, to help farmers survive bad cycles, are life savers.   Republicans tend to want to eliminate farm subsidies and the various programs, but the essential fact is that agriculture needs government help to survive during bad economic or weather, or market cycles.  Some of the most conservative "Red Necks" I know tend to be more like Democrats every time we have a drought, or bad market cycle.

SEE THE DRY LAND BELOW AND UNDERSTAND WHY FARM INCOMES ARE DROPPING. Farmers filing bankruptcy in higher numbers. Drought, international market swings, storms, rivers lakes and reservoirs drying up, underground aquafers drying up.   We need to be sensitive and make the government be there for agriculture.

Farm towns, and the hundreds of "agricultural industries, tractors, hardware, suppliers, and the thousands of consumer needs of America's farm families, are with some help, able to contribute billions of dollars for the US economy.  We support sending billions to Ukraine, but please don't forget our American farmers. 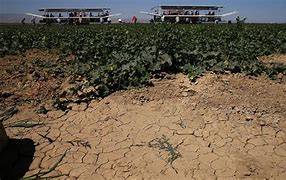 Looking at politics, we might re-read the writings and ideas, of Bayard Rustin and Barack Obama. Consider their insights and intersection of ideas.

Their ideas, not pure capitalism, nor pure socialism.  It was the depth to understand the complexity of the economy and what governments must do to support key industries, to keep a nation going and prospering...surviving.

Only 27 percent of registered voters identify as liberal.

But 62 percent of Americans want to raise taxes on millionaires.

And notice this:  71 percent approve of labor unions.

Most Americans support farming and agricultural interests.  Many of our elected officials don't seem to have agriculture high on their list of constituents.  Lets get back to Franklin Roosevelt's concepts.  "Support heart land, keep it strong. We need food, fiber, crops and need more, not fewer farmers.

Ours is a complex society. I thought about this as I read a recent article, rooted in Rustin and Obama's attempt to study our economy and seek a good path for long term stability and development of the US economy.  Something that would be good for industry, labor, agriculture, and commercial/retail growth.

1.  Democrats exist because the country belongs to all of us, not just the 1 percent. With this guiding principle in mind, everything else becomes easier —

2. Picking fights that focus the media spotlight on a game that’s rigged in favor of the rich is unfair and counterproductive.

4. Help activists in support of the needs of working people; farmers; industrial workers: ultimately, putting power back in the hands of ordinary Americans.

5. A growing number of Americans, business owners, industrial leaders, and agricultural industries have drifted to an opinion that few politicians in DC remember them or are taking steps to help them.  Smart political leaders must change this.

History is filled with examples of candidates who built winning coalitions by tamping down polarization (like Mr. Obama) or ramping it up (like Mr. Trump). And if you put together enough successful campaigns, then a realignment starts to come into sight.  Then like me, when I go out to the family farm, and talk to hard working farmers, I find, that many of them who think they are "Right Wing Trumpets" really want moderate leaders who understand and help them through tough times.  That is how Franklin Roosevelt won over the great "farm belt center" and the farmers loved him. He made it possible for farmers (and industries) to survive extreme economic cycles.  I would like to see our President, and Vice President, making more appearances at family farms and agricultural industries.  Our heartlands need to see more concern and "heart" from DC.   It wouldn't hurt to see our leaders standing in the dry farm fields where families are trying to scratch out a living.

With these thoughts in mind, we respectfully say:  "President Biden, you are giving everything you have to help the USA grow, prosper and balance world affairs. We appreciate your work.  Give more attention to our agricultural industries.   As our President, we encourage you to continue to move our nation forward...and be stable during uncertain times."