We have watched lake, river and underground water supplies diminish in the West for decades.  Now we are seeing a major shortage of water, from West Texas and New Mexico all the way to California.  The Great Salt Lake has diminished to a depth of inches in some places, causing economic stresses and regional concerns for Salt Lake City, Utah.

The water shortage is a two edged sword.

*Lowest rainfall in years, and not enough rain to replenish.

*Increased demand for power and water.

*Population growth.  More people need more water.  From 1990 to 2020, growth in demand exceeds 38% across the southwest and west.

This means limited water for cites, towns, farmers, agriculture, and  the following cities:

Western U.S. water has become a big concern. The flow and levels in the Colorado River have become so low that last week the federal government announced a "Tier 2a water shortage" which requires Arizona, Nevada and Mexico to reduce their use of water from the Colorado river by 7% to 21% in 2023. 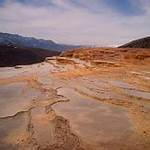 Some rivers and lakes are reduced to a trickle.  Farmers are reducing crops, land taken out of production. Ranchers liquidating their animal herds.  Industries, factories, manufacturing, and real estate industries finding "when we lose water, we lose humanity".

Water Hoggs:   The Imperial Valley, consumes more water than Arizona, Nevada, New Mexico combined.   In 1901, George Chaffe led efforts and dug a canal from the Colorado River, and this water diversion made the Imperial Valley one of the most affluent farming areas.  George Chaffey used political influence to maintain control of the water flow, and this created a bonanza for farmers in the area.  Today, more water is consumed by farming interests in this area, than in some other entire states, combined. Flooding increased the size of the "diversion canal" and eventually political pressures brought the Hoover Dam (completed in 1942), and the construction of the All-American Canal, which sealed the safety of the Imperial Valley.   Also, much of the water which might have been used by other interests, found a final destination in Los Angeles, in decades where water was important to new development.    But today, drought and low lake levels above the Hoover Dam, threaten the "water supply" of the Imperial Valley.  Many question of how farm and food production in that "rich" concentrated area, will be impacted.  The early "Water Hoggs" of the early 1900's attracted and enjoyed new wealth.  Broader water issues:  NASA's Jet Propulsion Laboratory noticed that of 37 major aquifer systems, they discovered 21 of them on the verge of collapse.  In the Great Plains farmers have exhausted a third of the Ogallala's potable water in just 30 years.  In California, the Central Valley aquifer is showing signs that it could drop beyond human reach by year 2250.   But it is not just a problem in the USA.    The worst declines are in Asia and the Middle East where some of the worlds oldest aquifers are running out of water.   "The groundwater (water underground) is disappearing." says Dr. Jay Famiglietti, the senior water expert at NASA.  In Western States 1 in 30 wells hit a record low in 2014.  The downward trend in underground water tables is increasing every year.64% of wells in 2015 had record declines in underground water tables.

Groundwater mining, is growing, as investors from the Middle East buy up American farmlands, drill wells and simply "mine the water with liberal surface irrigation" and then export crops to the Middle east. These activities are prevalent in California and parts of Arizona. But with profitability of nuts, pecans, almonds, some farmers are literally pumping the water away. in 2017 one farm in Arizona, pumped 22 billion gallons, (almost double the volume of bottled water sold in the entire USA annually).

Last week the Federal Government announced a "Tier 2a water shortage", which demands by law that Arizona, Nevada and Mexico to reduce their use of water from the Colorado River.   Texas and New Mexico are in a legal battle because New Mexico cities and farmers are using more than their "share" of water from the Rio Grande, River.  Texas farmers point to a decades old legal agreement, New Mexicans cry out "our farmers will die if we keep sending water to Texas".   One has to remember decades ago when  people lined up on the border from Arizona, to California, with guns, and said: "California can't steal our Arizona water".

The Colorado River and the Rio Grande River, water thousands of acres of farmland, and support several key western and southwestern cities.  We took a recent trip from Albuquerque, NM to Los Angeles, California.  Dried up river beds, dried up lakes, farm crops dead or abandoned for 1,000 miles.

And the area is going through a 23-year drought as dry as any period in the last 1,200 years.

I visited Lake Powell a year ago, and the "guide" said:  "At this rate we will have to stop producing electricity."  They now have had to stop, there is not enough water.

If you are a city dweller, you might want to drill a well for a back up supply of water.  If you live in the country, you already know the basics. Conserve, use less, and pray for rain!