So it was 4:00 AM and the only eclipse of this kind for this year, when my little black Shitzu doggie and I arose early and found a comfortable seat on the roof of our house, high above Albuquerque, NM. The night was cool, crisp and dry, with no wind, a perfect night.  And there to the Southwest was our moon. What a beautiful sight.

My little dog was still and attentive, but not nearly as fascinated by the sky as I was.    I have put some photos from around the world because "pictures" are worth a thousand words, trite but true.

First see how it works:

Next see the pattern of the cycle:

NOW SEE SOME VIEWS FROM AROUND THE WORLD! 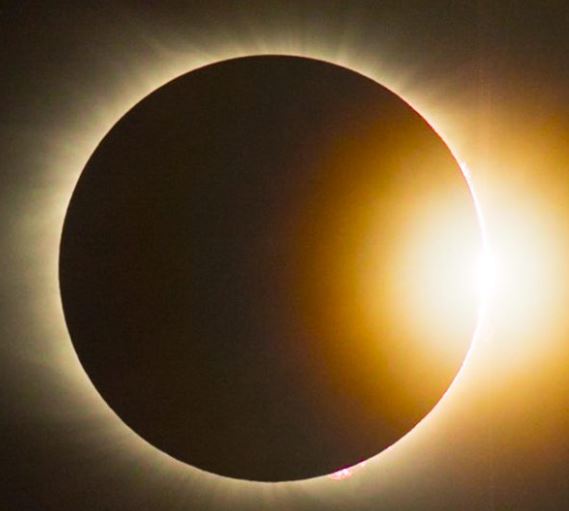 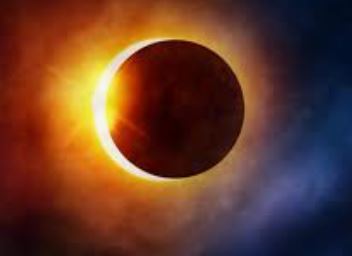 AND LAST BUT NOT LEAST, THE "DARK OF THE MOON" OR THE GLOWING BLOOD RED, WHICH HAS STIMULATED SO MANY LEGENDS IN HISTORY  SOME SAYING IT MEANS PLAUGUE, OTHERS WAR, OTHERS, THE END OF THE WORLD.

The "super flower blood moon" combined three lunar events.   A super-moon , where the moon appears to be up to 14% bigger and 30% brighter in the night sky.  It is in an orbit that brings it closest to the earth.    Therefore it passes entirely within the shadow of the earth.  The light is filtered through Earth's atmosphere, and creates a reddish hue...a blood moon.

It is also called a "Flower Moon" because it occurs as Spring blossoms in the Northern Hemisphere. The name was popularized by the Farmer's Almanac, attributing it to the Algonquin people  of North America.   Other Native American cultures called it: "The leaf budding moon", the "Egg laying moon" and the "Frog Moon".   The next "blood moon will be May 16, 2022.

After an hour of so, my little Shitzu grew bored and quietly left my lap and walked down the stairs to a warmer place at my house.  But a while later, I noticed that she had climbed the stairs and was discretely craning her neck to peep around the stair-wall, to see what I was doing.  As I was just staring at the moon, I noticed her, and called. "Come on back" and she hopped back onto my lap. This time, determined to stay with me for the duration.

By 5:13 AM the moon was completely black, or gone. Then I began to notice the dull red glow of the moon.  This continued until the sun came back to gradually reclaim the moon.

What a lovely way to spend a few hours, a time to ponder and wonder that the grand universe we exist in.

Whether you are Christian, or Buddhist, or Muslim, or Native American, or from India, it is a beautiful thing to marvel and reminds us of how finite we are in this world, this existence. It also makes me think again how important it is to try to bring some comfort, or light, or kindness to this existence of ours.

I happened to see an article by an astrologist and he said: "The eclipse and blood moon suggests a "turning point" a doing away with the old, and going forth to discover the new" in life.  Another comment was that: "It creates active and sometimes energetic emotional response".

I suppose any event that provides beauty and wonder allows people to assign meanings to that event.

As for me, I share this to give you a touch of what you may have missed, and something to stimulate your further study of our world, and the universe that we live in. No doubt, science will guide us to logic, and study, and put away the superstitions or politics that have so often been used to manipulate mankind. Go for the Truth.

As our little cap that we print and give away says:  "Make America Smart Again"...ah yes, a thought and nod to education, science and honest inquiry, the moon brings to me curiosity and wonder, when we see a beautiful eclipse. My blessings and encouragement to your curiosity that leads to study and enlightenment.

But by all means, enjoy the beauty and wonder of our universe and the marvelous things about it that creates wonder and provokes emotion and thought.

Write or Call us when you need a commercial real estate appraisal.