Well, It's Official, the USA is now in a Recession...Can something good come of this?

Americans never dreamed of "lines going for over 2 miles" for free food.  Who would have dreamed that it would come to this in our beloved USA?  What happened, what did we do wrong?  Well, as a nation, our leaders eliminated the agencies and departments that had been set up to deal with pandemics and resulting recessions.  Wow.  Yes, that happened less than 2 years ago in D.C.  Scientists have been predicting a Pandemic for several years, and this was adamantly ignored by the Trump team.    We have made many such mistakes, for example our wise leaders changed FEMA flood responses laws just before terrible hurricanes hit the USA a couple of years ago, allowing FEMA and the govt to encourage people to rebuild in flood zones...crazy eh?  Some houses in Houston have been rebuilt a taxpayer expense 4 or more times, because they keep building in a federally cited flood area, due to new policies of the current Administration.  Build expensive mansions  low and next to the water, and let the taxpayers pay the bill for remodeling every few years. What a deal for those rich Houstonians.   A multi-million, perhaps billion dollar mistake, of this administration. Lots more mistakes like that, hurt people during times of disaster.

What else have we as a nation goofed on? 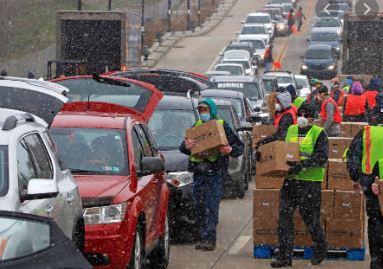 The National Bureau of Economic Research announced the recession saying that the economy has dropped severely, since February of 2020.

A combination of factors, are thought to have contributed:

1. Delays, slow responses and poor handling of the Corona Pandemic in America. Studies show that ignoring or delaying admission of the problem cost thousands of American lives.

2. Conflicts with smaller nations such as N. Korea and Venezuela hurting import/export development and causing higher energy costs, and in the case of N Korea higher "defense planning expense".

3. Alienation with European and NATO allies, creating trade barriers and slowing commerce. Plus we are losing an important "group of friends" to offset the aggressive Russian effort to dominate it's neighbors.

4. Conflicts with Russia and China. Russian in interfering with American elections, and China over trade war issues, hurting over 1,000 manufacturing companies in the USA, and millions of farmers. These poor "trade war" policies cost every American when we buy imported items, it is like a "hidden" tax on all Americans.

5. An eruption of racial social violence and demonstrations, creating damage and fear during a time when thousands of businesses had hoped to reopen.  The race riots where a perfect distraction for Trump to get people's minds away from his inept "Corona Virus" response and his poor "economic leadership".

The White House seemingly insulting a segment of black Americans, reinforced an image that he has attitudes of intolerance of "those that come from inferior nations", whether this is true or not.

6. Poor response and little leadership in handling social unrest by this Administration, called peaceful demonstrators, "Thugs, and radical terrorists", and encouraging law enforcement to "not be gentle with those you arrest".  No one knows how many of our kids or grand kids have been injured while going on "Marches, motivated by anger and distrust of this President and his army of soldiers intent upon 'clearing the streets'.

All of these factors, and more,  have contributed to this economic downturn and social instability. 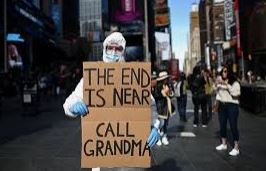 Many economists and especially politicians running for office, hope that this recession will be "deep and short".  The Trump Administration especially hopes to have a positive economy by the Presidential election.  But, we at Boothe Global Perspectives have studied the history of 22 pandemics in history.

History tells us, that viral infections of most Pandemics hit with a vengeance, came back,  often with several waves of "seeding" infection and finally after years, seemed to go dormant.

One example is the Ebola Virus that broke out in 1977, in Zaire, Africa and has re-emerged 27 times since. Even in 2020 Ebola is considered a threat to world health.  These things don't just "go away as if by magic".

We can hope that medical advances will bring a treatment, to Covid 19, but this is uncertain, and no one knows how long a vaccination (if perfected) will protect people.   Another factor is, that Pandemics, have historically derailed economies and often set back economic growth for years, (not months).  Entire cities and nations have often seen their economies changed and struggling.  For example the Spanish Flu of 1917-1920, continued to pop back up, but the post flu economy suffered for over a decade. Some believe it took WW II to snap the U.S. Economy back into full production and high employment.

Warren Buffett gave a quote that I have loved and repeated often in recent years.  "Don't bet against the United States economy, that is a bad bet."  Buffett said. 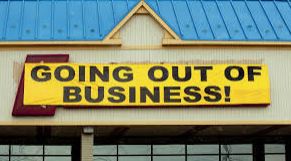 I believe more in the work ethic of citizens of the USA, than I believe in political platitudes from either party.  Americans may go broke, but they also keep working, and Americans tend to "come back" if given a chance.

I for one hope that we create a new economy, one that is well conceived with good leadership and the positive energy that builds, encourages, creates...not drags down.  We don't need a new conflict every day, or a new controversy.  We don't need "Distractive, destructive, divisive" political leaders. We don't need a new "political back and forth ping pong game of insults" through Twitter", that simply tends to distract and put people in conflict. We need wise, sound, experienced leaders, and people with positive visions to lead the United States to a long term stable and hopeful future.  Remember, Franklin Roosevelt said, when the Great Depression just didn't want to go away. It was at his inaugural address, after he beat Herbert Hoover, the Republican President, who managed to make the Great Depression worse.  People were standing in food lines, farmers and businesses failing by the thousands.  "The only thing we have to fear is...fear itself".  He then continued: "Nameless, unreasoning, unjustified terror which paralyses needed efforts to convert retreat into advance."   Many Americans are going to bed every night worried and fearful of being able to feed their families, or keep their homes, or keep a business or job.   Roosevelt nailed this in his speech.

Powerful and timely words.   Then Roosevelt called for something different:

"In every dark hour of our national life a leadership of frankness and of vigor has met with that understanding and support of the people....which is essential to victory."

Substitute the word "honesty" for the word "frankness" and you hit the target of something Americans long for today.

My friend, it is more "our" nation, as a free people, than it is the property of a few politicians.  Ours is a "Democracy not a Kingdom".    Let us move forward and consider this "recession" a learning experience.  Perhaps, painful as it is, an opportunity for growth and learning things to make the future better.  These times may help us to see how to prepare both our health care systems and our economic policies for a "new age" and a "new era" of steady growth and consistency.

The last thing a nation going into recession or uncertainty is a knee jerk leader like the ego maniac, Mussolini was when he led Italy into a disastrous depression and then a war that his nation could not afford.

It took decades for Italy to recover the losses from that one leader's mistakes thrust upon his country.    Let us do better than that in America.

On a positive note, our appraisal experts BBAR Inc. Appraisals observe that home values, and farm values have actually been stable, if not up a little.   Some investors say the greatest opportunity for wealth and success comes during the greatest times of adversity, if you are "awake" and not paralyzed by fear.    Farm values and home values are holding, some actually going up?  What does this say?  Some people believe in the essential value of "my land, my home".  That is encouraging.  Soon, I think we will be able to take more pride in "American Made" or "Built for Americans, by Americans", in response to a new perspective of how not to let "Globalization, wrench the guts out of American controlled production."   The idea that through air and other travel, that "The world is our playground" may be changing.  Perhaps we may find ways to make our domestic places the center of our industrial and economic world.  Perhaps, we will see our culture, find new ways to prosper and enjoy life, without the "Globe trotting, globalist, world, where our food, equipment, clothing, and essentials" all come from other nations. We don't achieve that by punishing "trade wars", or by "alienating other nations".  We achieve it by stressing quality, exceptional quality of anything made in the USA and by American hands.  Ours should be the best quality products in the world, and our workers should emerge as the most productive, creative and quality oriented people in the economic world.

"Made in Japan" or "Made in China" once was a joke, meaning poor quality, cheap, stuff.

But now cars made in Japan, or electronics made in China, sometimes excel in quality, and have replaced Made in America as a stamp of quality.

How do we take the current experience, and convert it to a movement to systematically see that American products are again respected for integrity, quality, and so that we do not have to sell our "workers out" for a few dollars an hour cheaper wage in some far off nation. The chase of industry of America, has been to chase "lower wagers and costs of production", and now the result is lower quality products and loss of security for American workers.  The other issue, is that when a war, or pandemic, or unrest around the world happens, our food chain, product chain of imports from other nations is threatened.   We all see how diligently China, Japan, and Germany have sought for higher quality, and a larger piece of the economic pie of American consumers.   Perhaps this Pandemic, and the resultant recession, will inspire us to rebuild a new pride and work ethic in America.   We can make this happen, but the "old school" bad leaders who live by image and lies, need to step aside and new people who don't "get in the way" of positive productive progress, emphasizing quality, technology, and a system of profitable productivity.    This Recession could be a great springboard to better things, or a "water slide" to a long term depression.

Let's Make America "Smart" Again.  And Honest.  And led by character, not by pomp and carnival barking on Twitter.