When a child, I had an image of the 'honorable Cowboy', who was willing to fight robbers, murderers and establish law and order.

a child,  it wasn't just dreaming. My grandfather was a great farmer and cattleman. He had class, and with the hard earned work of his life he helped poor and unfortunate and quietly took steps to build our society up. I remember my "Uncle Bob" who was a farmer, and volunteered to the Korean war, and spent days, weeks, months "observing the enemy" and directing movements for our troops. He saved thousands of lives, and came home with fingers and toes that had frozen while he lay on those mountains doing his duty.  He didn't need to brag, or carry a military weapon in public, or yell or hold signs, flags and berate those of other political beliefs. He lived a life of strength and intelligent honor. He was a man of class.  A bit unlike the "poor country cowboys, without a cow" we see screaming and threatening and insulting people of different political, cultural or social station.

Recently the Corona Viral epidemic seems to have taken a new "mutation".  When the "new" cowboy (most often without a cow), but wearing a big hat,  boots, loud, proud and demonstrable gun carrying in public, and refusal to respect law and order. In fact, some of these modern day cowboys, seem to be suckers and believe the Russian Trolls who publish articles on public media intended just to divide and inflame our nation.

It is a strange thing.  We as a nation adored the image of the polite, respectful, cowboy, who made himself (or herself) the person to protect the helpless, to rid the nation of killers and bandits and outlaws.   That image of the Cowboy didn't need to brag, or yell, or show off his military weapons.  I'd never imagine one of them walking into a Starbucks with an AR 15 military rifle. Now it seems that a new breed of cowboy, who is not quiet, not respectful, who carries his guns in public like a bully and who disrespects people of almost any "different" political or cultural persuasion. 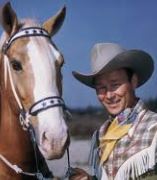 The cultural legend of old was of a man who respected his fellow man, honored and respected women, who sometimes would find inspiration in nature and who above all respected the rights of others to have different political or religious opinions.   I worry about the "Red Neck" policeman that seem to consider themselves modern "cowboy warriors", who seem to enjoy pushing other "non cowboys" around.  I fear when our modern "cowboys" seem to act more like military conquerors than gentlemen of a fine western heritage.

The new cowboys seem to fight those who wish to protect our environment, who put women as the "sexy cowgirl who will drink and love all the night" and seem to have little respect for our laws, science, education, or even the rights of others.   Those cowboys who know we have a global pandemic, deadly and contagious seem to disregard respect and love for others, when they refuse to wear a face mask to help others from catching this deadly virus.  But they think it fun to go to a bar, dance, hug, and drink the night away, without regard to the danger of spreading or catching the Corona Virus.  They block streets with their pick up trucks keeping people from having access to even get to a hospital. They would rather spend their money on a new gun, to carry and show off to normal people on the street, than to give help to the poor and sick. Somewhat more "elevated" in self esteem and values, to this "low class" bunch that has emerged in America in recent years.

I wonder about this new image of the 'cowboy'.  Sometimes, I think they aren't really cowboys. They don't have a cow, or a horse. They just like the hat, boots and guns.  Different bunch of folks, some of this new breed.  I wonder "Where is John Wayne" or "Matt Dillon" when we need them.

I frankly prefer the cowboy with a distinct strength of character, who understood a peaceful society, and a brotherhood of man. Those "good guys", helped develop our nation, for generations of people who like me appreciated their values.   I hope the good ones, emerge again.  Of late, I have been a little embarrassed to wear my boots, western wear, for fear someone might think I am carrying a firearm.

Ah for a return to the good old days, at least then, our "Cowboys" tried to be honorable.

Even Ronald Reagan had a charm and respect for others. He evolved from a Democrat, and union leader, to a Republican, and then a President. But at least he had "class", and showed some social respect for others.  I hope some of those "historic" good ethics of the cowboys who helped shape our nation will emerge again.  The loud, profane, "honky-tonk" low class and poorly educated bunch we see on the streets today are such a disappointment.  Some seem to "glory" in acting like low life, are being a poor "downtrodden country boy" and then preach or sing an ethic of poverty, ignorance and lack of achievement.  No wonder it gives them ego or "power" when they carry a deadly weapon in public.  Now, is a time for good men, of honor and ideals, to come forward, and help bind our nation together...in a loving compassionate way.   Someone guided by wisdom, restraint, honor, compassion, insight, and leadership would be nice for our nations top "cowboy" post.