Thanks to the Washington Post for this article about the Colorado River shrinking!  BBB

Credit and thanks to Juliet Eilperin for writing this. 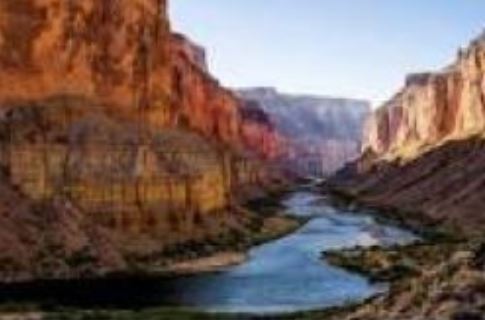 Yes the Colorado has less water than ever in it!

The Colorado River’s average annual flow has declined by nearly 20 percent compared to the last century, and researchers have identified one of the main culprits: climate change is causing mountain snowpack to disappear, leading to increased evaporation.

Up to half of the drop in the Colorado’s average annual flow since 2000 has been driven by warmer temperatures, four recent studies found. Now, two U.S. Geological Survey researchers have concluded that much of this climate-induced decline — amounting to 1.5 billion tons of missing water, equal to the annual water consumption of 10 million Americans — comes from the fact that the region’s snowpack is shrinking and melting earlier. Less snow means less heat is reflected from the sun, creating a feedback loop known as the albedo effect, they say.

The new findings are significant because about 40 million Americans living across the West depend on water from the Colorado River, which supports $1 trillion in economic activity each year. The water is shipped as far away as California’s Imperial Valley and central Arizona, where farmers use it to irrigate crops, as well as across the Rockies to supply drinking water for Colorado’s biggest cities.

Milly and Dunne, who analyzed 960 different areas in the Upper Colorado River Basin to determine how disappearing snowpack influenced the river’s average annual flow, determined that the flow has dipped 9.3 percent for each temperature rise of 1 degree Celsius (1.8 degrees Fahrenheit). The average annual temperature for the area they surveyed has risen 1.4 degrees C (2.5 degrees F) in the past century, Milly said in a phone interview.

The region is poised to warm even more in the years ahead, Milly said, and it isn’t “likely” that precipitation can compensate for these hotter and drier conditions. Comparing the Colorado River’s historic flow between 1913 and 2017 to future conditions, he added: “That flow, we estimate, due to the warming alone would be reduced anywhere from 14 to 31 percent by 2050. 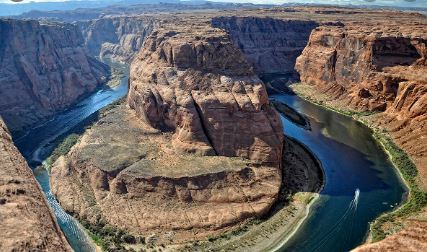 Colorado State University senior scientist Brad Udall, who has written two papers attributing half of the Colorado River’s lower flows to warming temperatures, said in a phone interview that researchers now “have multiple lines of evidence pointing to a very similar number.”

“And this number is worrying,” Udall said of the new study. “I would say eye-popping.”

Under a 1922 compact, Upper Basin states — Colorado, Utah, Wyoming and New Mexico — must deliver an average of 8.25 million acre-feet of water in 10 consecutive years to the Lower Basin states — California, Arizona and Nevada — and Mexico. (An acre-foot is what it takes to cover an acre of land in a foot of water, or roughly 325,000 gallons.)

But now that the Colorado River’s average annual flow is nearly 20 percent below its historic average, this has put pressure on the system. Its two biggest reservoirs, Lake Powell and Lake Mead, are just under half fullAndrew Mueller, general manager for the Colorado River District, said in an email that the new findings provide “confirmation of significantly grim indicators about future flow in the Colorado River.”

The amount of water that would disappear with another 1 degree C temperature rise, he added, is nearly five times what Las Vegas uses each year. “A decline in flows of this magnitude will present a significant challenge to all inhabitants in the Colorado River Basin.”

The current operating rules for the river expire at the end of 2026, and negotiations over how to share the water going forward start this year.

Udall said that in light of current projections, policymakers need to consider crafting an agreement where all the major players in the West will use less water than they do now.

“These projections are dire, but we’re looking at a glass that’s 70 percent full, not half full,” he said. “It could be grimmer.”

Officials at the U.S. Bureau of Reclamation, who brokered a drought contingency plan among seven states and Mexico last year, said that they are continuing to monitor the way climate change is affecting the river.

“Reclamation works closely with â€‹leading scientists at the state and federal level, as well as universities to understand the potential impacts of climate change on the Colorado River," said bureau spokesman Marlon Duke. "We will continue to use the best available science to manage the river to sustain reliable water far into the future.”

Chris Mooney contributed to this report.