Nine states face economic contraction, the most since the 2009 crisis. 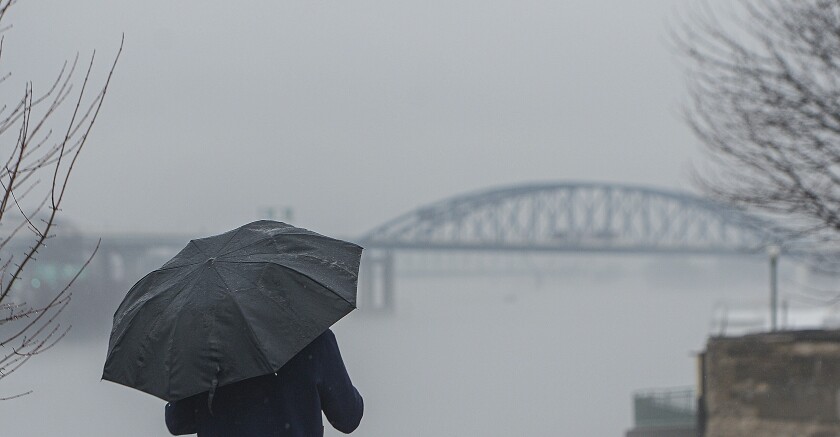 A Federal Reserve Bank of Philadelphia forecast predicts West Virginia’s economy will shrink the most of any state in the coming months. (F. Brian Ferguson / Charleston Gazette-Mail)  We at Boothe Global Perspectives have been charting economic trends for years and continue to see data that suggests a good probability of spreading recession ahead. No doubt the recent rise in oil prices as a result of the military execution of Iran's most prominent military leader has created uncertainty about the free flow of oil through the Strait of Hormuz. This could be a boom for oil drillers in Texas, New Mexico, Oklahoma, North Dakota and Pennsylvania but could be a negative for big trucking, big rail, airlines and many of the northeastern states that do not produce oil and use it not only for transportation but for heating. Generally, the addition of thousands of new American troops in the Middle East because of disruptions caused by the murder of an Iranian military hero will increase the U.S. national deficit. We do not know to what extent China and the USA will end or ease trade wars and tariff battles, but almost all economists believe that the trade wars have created far more economic loss and cost to Americans than anyone in
Washington, D.C. imagined. But now in an election year, nine states are looking at economic downturns, including New Jersey, Kentucky, Connecticut, Pennsylvania and Oklahoma. Several of these were Republican "Trump" states, where he had promised jobs and growth. This could impact an election. We credit Bloomberg and the LA Times for publishing this online first, and compliment their research. Ben Boothe, publisher:  BootheGlobalPerspectives

Nine states’ economies are expected to slide into contraction within six months — the most since the financial crisis ended more than a decade ago, according to the latest projections from the Federal Reserve Bank of Philadelphia.

West Virginia’s economy is forecast to shrink the most, while a decline in neighboring Pennsylvania is anticipated to be the most severe since May 2009 during the tail end of the Great Recession, figures released this week show.

Delaware, Montana and Oklahoma are still expected to face shrinking economies in the next six months, as predicted in the analysis for the prior month. The list of states was expanded to include contractions on the horizon for Vermont, New Jersey, Kentucky and Connecticut. The bank no longer expects Alaska to post negative growth.

The forecast puts the number of states at risk of slipping into contraction at the highest since July 2009, the data show.

The overall outlook for the economy, which is enjoying the longest expansion on record, has been helped by the Trump administration scoring trade deals — including a pact with China due to be signed this month — lower interest rates, a tight labor market and a rally in stocks.

A Bloomberg Economics model to determine the United States’ recession odds estimates the chance of one within the next year at about 1 in 3 — though that’s down from last year.

At campaign rallies, Trump has cited his handling of the economy as a reason he should be reelected in November. Democratic candidates including Sens. Elizabeth Warren and Bernie Sanders have countered in debates that economic gains under Trump have primarily gone to corporations and the rich.

The early-primary states of Iowa and New Hampshire are expected to see marginal growth over the next few months, according to the Philadelphia Fed, which releasessix-month leading indexes for the 50 states on a monthly basis.

The index predicts the six-month growth rate by analyzing state data including housing permits, initial unemployment insurance claims, delivery times from the Institute for Supply Management manufacturing survey, and the interest rate spread between the 10-year Treasury bond and the 3-month Treasury bill.

The local figures are more volatile than national data, and single events — such as hurricanes, plant shutdowns or temporary swings in demand for a particular product — can have outsize effects on state economies.