A BILLBOARD BOTH REPUBLICANS AND DEMOCRATS COULD HONOR

Someone posted this image on the internet.  It was supposedly a "mock up," and said to have been created by Republicans. If so, it suggests that both

Republicans and Democrats -- all American citizens -- (not radical partisans) should honor the law, the truth, the facts.

Whoever created it, it makes a valid basic point.

Wouldn't it be something to see this on buildings and in yards throughout the USA?

Hmmmmmm.....truth, not hype, not political

It is time that we demand that our elected officials, especially our president,

be a person representing the highest ethical values. Moral, dignified.

A symbol of truth.

Wouldn't it be something to have a president that our children and old people alike could  admire for their goodness, dignity, compassion, and wisdom?

IT WOULD BE NICE IF POLITICAL PARTIES, THOSE REPUBLICANS AND DEMOCRATS

IN D.C., WOULD SIMPLY ABIDE BY THE TRUTH THAT WE ALL KNOW IS OBVIOUS.

WE NEED A PRESIDENT, AND WE NEED SENATORS

REPRESENTING THE HIGHEST, NOT THE LOWEST, OF STANDARDS.

ALREADY DECIDED.  NO ONE IN A COURT CASE WOULD BE ALLOWED TO BE A "JUROR" (with attitudes shown by some of our senators).

It is time that our nation respect the best in deep thinking, wisdom and high minded ideals

AND DEMAND THAT OF OUR PRESIDENT AND OUR SENATORS.

It is time that our nation has a president that the entire world can trust.

It is interesting that we characterize this president with "14,000 lies"  thus far in office in mind.

IT IS TIME THAT WE DEMAND OUR PRESIDENT AND OUR SENATORS RESPECT TRUTH.

Or known by how many legal court actions have been filed against him for a variety of bad, often sleazy actions.

It is time we had a president who does not "profit" financially from the office of President of the USA.

trying to promote his on business interests.

The USA could use a president who can put together a leadership team of intellectual giants, a team of idealists

.....not a gang that includes bigoted nationalists and sleaze-bound multi-billionaires.

Consider the image.  The message simply calls for "Truth" and points out some of the

people this president does not want to tell what they know. 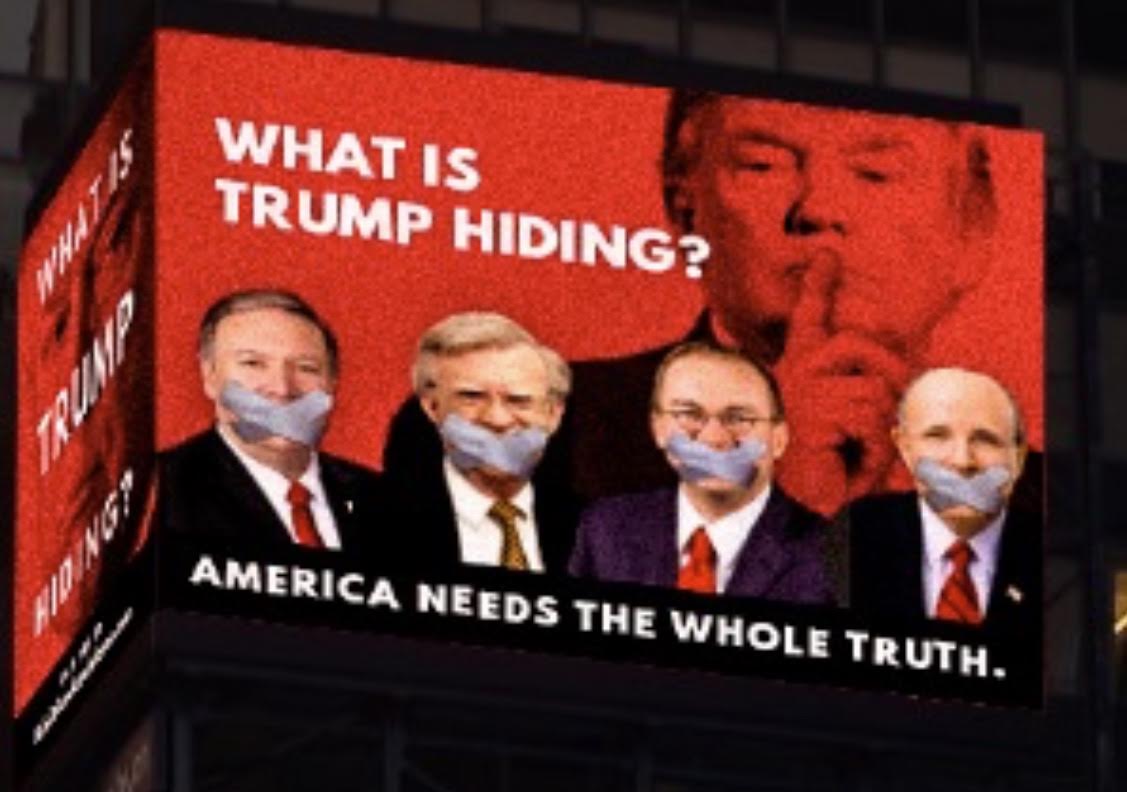 There is a biblical verse,

"THE TRUTH SHALL MAKE YOU FREE".