DRAGONS SEEM TO BE ACTIVE THESE DAYS

Don't let the dragons get you down. Seems that they are everywhere, sowing violence, disruption and anger all over the world. 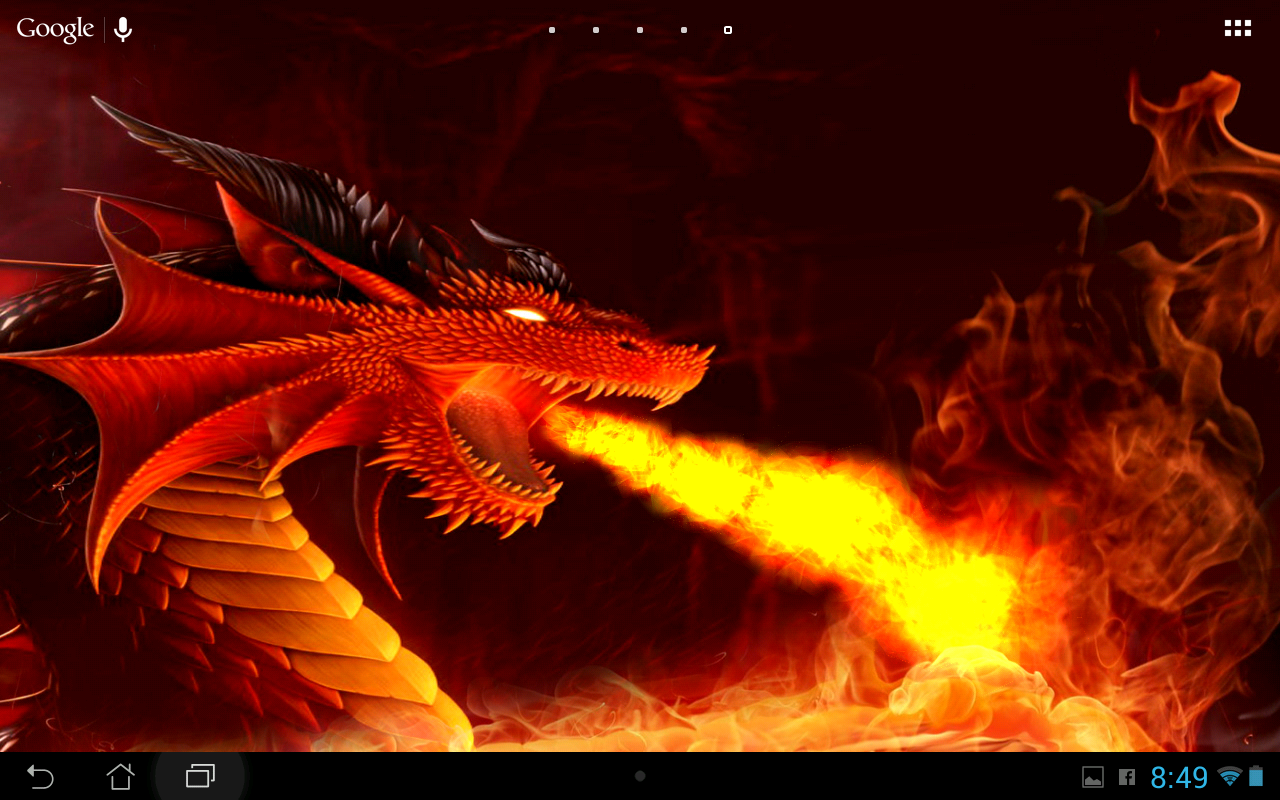 It would seem a good idea to stay out of their flames. So I have been thinking about dragons. Just how much do we know of dragons?  So just for fun, I will share some information with you. Perhaps it will help us navigate these days of dragons, fire and violence.

The dragon is a symbol of evil in the West and in Christian traditions. But in the Orient it is a positive symbol, a supernatural power giving wisdom, strength and hidden knowledge. In all traditions, dragons often represent untamed nature, power and chaos. But there is often a "good heart" that emerges within some dragons. For example, a white dragon might represent goodness and purity of heart. 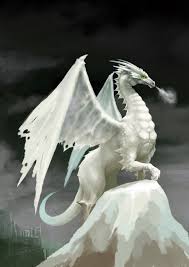 History of the Dragon

Sumeria, south of Mesopotamia (modern-day Iraq) had dragon stories or images around 5,000 BC.

Babylonians historically had an early dragon story in the form of a creation myth in which the dragon Tiamat was cut into two halves to create the earth and the heavens.  A Babylonian myth dating to 2,000 BC  is the Epic of Gilgamesh, which features a mixed dragon, Humbaba.

Ancient Greek legend has Hercules required to undergo 12 labors to gain his throne. The second labor was to slay a multi-headed hydra, but every time he would cut off a head, two more would grow. Hercules eventually won.

Early Americas, around 250 AD the Aztecs and Mayans venerated the peaceful Quetzalcoatl as the two headed dragon. Coatlcue is often pictured wearing a skirt made of snakes. The Mayans celebrated the Xiuhcoatl, small fire serpents.

In Japan, folklore says that Japan’s emperors are descendants of dragons. Thus dragon symbols often appear on ancient buildings throughout the country.

In Vietnam, the people are descended from a dragon and a fairy. They look to the dragon to bring rain for farming and it is a symbol of prosperity. A popular Vietnamese proverb is “Dragon visits shrimp’s house,” meaning a host is a humble shrimp and his guest a noble dragon.

Filipino Dragon is the god of the underworld who lives in the ocean. Seven moons lit the night sky, and the Bakunawa would rise from the ocean to eat the moons. Filipinos would bang pots and pans and others play soothing instruments to stop the “moon eater.”

Irish Dragons: Ollipeist was a famous Irish dragon and was driven out by Saint Patrice. The Dragon of Matz was evicted by St. Clement.

English Dragon:  St. George, a Knight of England, learned of a hungry dragon who ate virgin women. St. George slew the dragon in a vulnerable spot, a place that was unprotected by scales. St. George is patron saint of England. Spiritualists say if a dragon comes to your life, it wants you to view the world through the eyes of mystery and wonder.

That is an interesting and pleasing thought, because for all of the awe and fear we have of dragons, there seems to be an echo of the wisdom of insights of this wild and powerful monster.

In other words, perhaps some dragons are good, or perhaps there is a seed of something positive in the myths of dragons.

I tend to think that the myths of history and culture have something to teach us. Just like AESOP's tales, myths seem to have layers of meaning -- beauty, warning, danger, even cruelty .... but sometimes messages of ethics, character and integrity.

DID YOU KNOW, THAT DRAGONS COME IN DIFFERENT COLORS AND EACH HAS A DISTINCT NATURE?

Red Dragon: Alludes to blood and fire, anger, aggression, high speed, danger, love, purity, joy, celebration, fertility, warmth, rebirth, death, wounds and protection. Red is the color of passion. See the first dragon in this article above. He is one angry looking fellow.

Green Dragon: Close to the earth and vegetation. Close to the mother goddess (similar to mother earth???), life, death and rebirth. 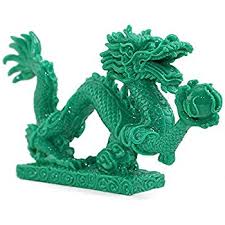 Blue Dragon: Vastness of the sky and flight. Dark blue dragons may be in deep waters. Blue dragons are protective, magical. Blue Chinese dragons are of azure colors and a symbol of the East and peacemakers. 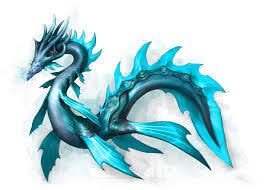 White Dragon: Solar white dragons have power of the sun. They are a symbol of holiness, creation and purity. A lunar white dragon symbolizes death and rebirth.

Purple Dragon: Wealth and royalty, also mourning and grief. Taoism sees violet as the marker of the transition between active (Yang) and passive (Yin).  A violet dragon symbolizes a transitional creature. In Feng Shui, purple is spiritual awareness and healing. In the west, the color purple suggests the garments and colors of royalty. This is a majestic dragon that seems to have a king's body language. 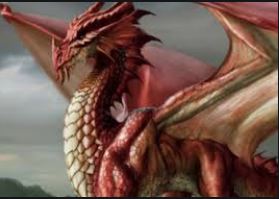 Yellow Dragon: In the West, cowardice. But in the East protection against evil and the dead. In China, it is the only color allowed to be worn by the emperor and his sons.  Change, such as a coming illness or the turn of the seasons. Golden dragons suggest the sun, wealth, prosperity and good fortune. Yellow dragons connect with the earth’s regenerative powers and represent the power of the emperor. 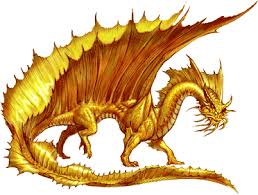 Black Dragon: The absence of white, the color of primordial void, before the light. In the Arab world black is unlucky but also a symbol of power, authority, and fertility or recently fertilized lands.  Black might in the Arab myth cause destruction that leads to new life later. In Egypt, black is resurrection and eternal life.

Black in China is the “Dark Warrior” of the north, a direction never honored or worshipped. For the Apache Indians of North America, black means the west, where the sun sets. The day ends, the darkness comes.

The excellent artistry, colors and ferocity of dragons are beautiful. I have seen many of these in Tibetan areas, India, old temples in Mongolia, Thailand and some in China and Cambodia.

Somehow I think this building is safely protected.

Can you imagine how much work, creativity and labor went into this dragon! Reminds me of metal and woodwork in Nepal, a nation where these craftsmen still create marvelous works of art with spiritual or historical significance.

We are taught that a dragon is a mythical monster, like a giant reptile. It is a legendary creature that appears in the history and folklore of cultures throughout the world. Yet the legend, the "myths," seem to be hard-wired into the subconscience of mankind through the centuries. The popular Western image is of a winged, four-legged giant beast that can breathe fire. Western scholars say this idea came from the Middle Ages. But visit Asia. There the legends and traditions of dragons are far older and often more detailed and are often integrated with religious traditions.

In our house we respect the history, cultures and myths from people the world over. We have artwork and artifacts from many cultures, and we enjoy them all. I have acquired a glass dragon just to enjoy, admire and show to friends. Dragons to me are marvelous, interesting, intricate and fascinating, because people for thousands of years have brought this tradition forward. Below is one you might enjoy, I saw it on the internet. I believe it is a "dragon watch" with a pearl symbolizing the earth -- quite a contrast to the Apple watch isn't it? Have no idea where these are made, and probably out of reach in cost, but isn't it interesting. 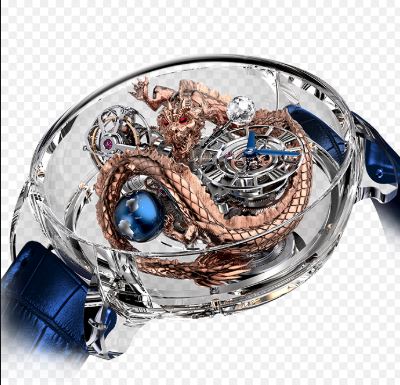 Get yourself a dragon just for the fun of it.  Perhaps one that will protect you from the negative dragons that are being unleashed in our world. A positive protector dragon!