We recently published an article, "MAKE AMERICA SMART AGAIN," focusing on current political trends to ignore or diminish education and science in America with the goal of manipulating science to support political ideologies. We see in this brilliant article, posted online from the New York Times by By Coral Davenport and Mark Landler, a confirmation of the very trends that we stressed when we produced the MASA hats 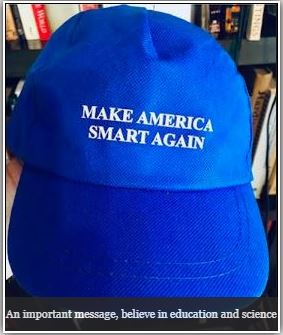 (which we send out coast to coast for free). We see it counter productive to have politicians try to discount education, science and knowledge to support their political agendas.

See the Boothe Global Perspective article on MASA posted on March 20, 2019, in the Living section. Politicians seeking to distort education and science, to support a political agenda, is simply "fake news" promulgated by Trump followers. Seems that the ugly head of John Bolton is pressing this effort to "gut" science and education for his right-wing agenda.

The attack on education and objective science for political purposes is a distortion of truth. Seems that the current breed of ultra-right-wing politicians want to discount education and science, and to to try to hide or manipulate it.  Full credit for the following article goes to the New York Times and writers Davenport and Landler for this great article. We recommend that you follow them in NYTimes.com for future articles. 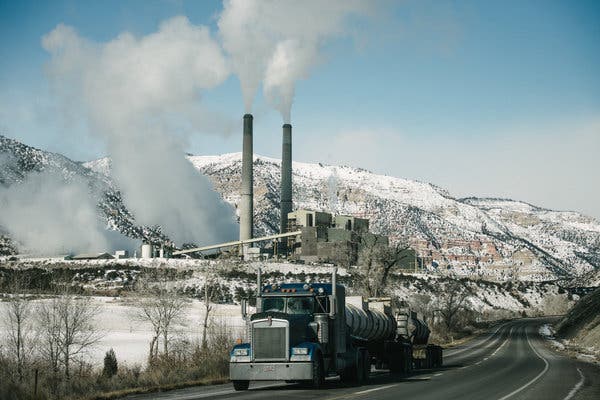 Article by: By Coral Davenport and Mark Landler

Now, after two years spent unraveling the policies of his predecessors, Mr. Trump and his political appointees are launching a new assault.

In the next few months, the White House will complete the rollback of the most significant federal effort to curb greenhouse-gas emissions, initiated during the Obama administration. It will expand its efforts to impose Mr. Trump’s hard-line views on other nations, building on his retreat from the Paris accord and his recent refusal to sign a communique to protect the rapidly melting Arctic region unless it was stripped of any references to climate change.

And, in what could be Mr. Trump’s most consequential action yet, his administration will seek to undermine the very science on which climate change policy rests.

Mr. Trump is less an ideologue than an armchair naysayer about climate change, according to people who know him. He came into office viewing agencies like the Environmental Protection Agency as bastions of what he calls the “deep state,” and his contempt for their past work on the issue is an animating factor in trying to force them to abandon key aspects of the methodology they use to try to understand the causes and consequences of a dangerously warming planet.

As a result, parts of the federal government will no longer fulfill what scientists say is one of the most urgent jobs of climate science studies: reporting on the future effects of a rapidly warming planet and presenting a picture of what the earth could look like by the end of the century if the global economy continues to emit heat-trapping carbon dioxide pollution from burning fossil fuels.

The attack on science is underway throughout the government. In the most recent example, the White House-appointed director of the United States Geological Survey, James Reilly, a former astronaut and petroleum geologist, has ordered that scientific assessments produced by that office use only computer-generated climate models that project the impact of climate change through 2040, rather than through the end of the century, as had been done previously.

President Trump has pushed to resurrect the idea of holding public debates on the validity of climate science. 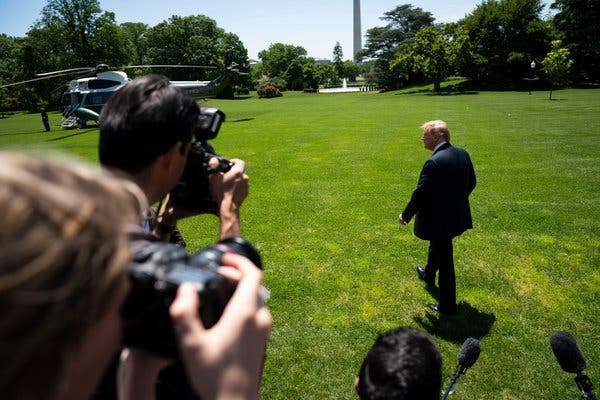 President Trump has pushed to resurrect the idea of holding public debates on the validity of climate science.Credit Doug Mills/The New York Times

Scientists say that would give a misleading picture because the biggest effects of current emissions will be felt after 2040. Models show that the planet will most likely warm at about the same rate through about 2050. From that point until the end of the century, however, the rate of warming differs significantly with an increase or decrease in carbon emissions.

In an email, James Hewitt, a spokesman for the Environmental Protection Agency, defended the proposed changes.

“The previous use of inaccurate modeling that focuses on worst-case emissions scenarios, that does not reflect real-world conditions, needs to be thoroughly re-examined and tested if such information is going to serve as the scientific foundation of nationwide decision-making now and in the future,” Mr. Hewitt said.

However, the goal of political appointees in the Trump administration is not just to change the climate assessment’s methodology, which has broad scientific consensus, but also to question its conclusions by creating a new climate review panel. That effort is led by a 79-year-old physicist who had a respected career at Princeton but has become better known in recent years for attacking the science of man-made climate change and for defending the virtues of carbon dioxide — sometimes to an awkward degree. 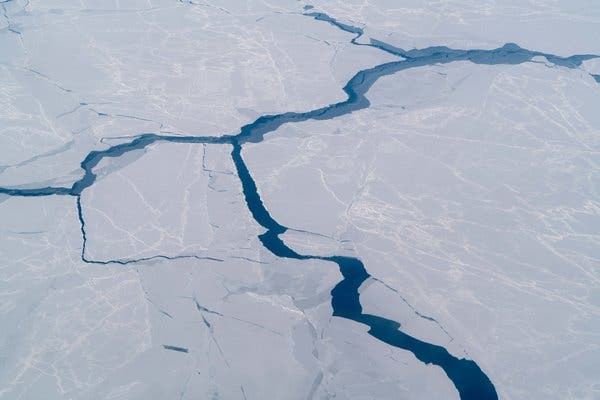 The Beaufort Sea in the Arctic, a region that is warming rapidly. The United States recently declined to sign a communique on protecting the Arctic unless it omitted references to climate change. Credit Andrew Testa for The New York Times

“The demonization of carbon dioxide is just like the demonization of the poor Jews under Hitler,” said the physicist, William Happer, who serves on the National Security Council as the president’s deputy assistant for emerging technologies.

Mr. Happer’s proposed panel is backed by John R. Bolton, the president’s national security adviser, who brought Mr. Happer into the N.S.C. after an earlier effort to recruit him during the transition.

Mr. Happer and Mr. Bolton are both beneficiaries of Robert and Rebekah Mercer, the far-right billionaire and his daughter who have funded efforts to debunk climate science. The Mercers gave money to a super PAC affiliated with Mr. Bolton before he entered government and to an advocacy group headed by Mr. Happer.

Climate scientists are dismissive of Mr. Happer; his former colleagues at Princeton are chagrined. And several White House officials — including Larry Kudlow, the president’s chief economic adviser — have urged Mr. Trump not to adopt Mr. Happer’s proposal, on the grounds that it would be perceived as a White House attack on science.

Stephen K. Bannon, the former White House strategist who views Mr. Happer as “the climate hustler’s worst nightmare — a world-class physicist from the nation’s leading institution of advanced learning, who does not suffer fools gladly,” is apprehensive about what Mr. Happer is trying to do.

“The very idea will start a holy war on cable before 2020,” he said. “Better to win now and introduce the study in the second inaugural address.”

But at a White House meeting on May 1, at which the skeptical advisers made their case, Mr. Trump appeared unpersuaded, people familiar with the meeting said. Mr. Happer, they said, is optimistic that the panel will go forward.