I was traveling in India and visited an ancient fortress complex. There they displayed a huge copper vat mounted on two large wooden beams. The guide said, “When the king traveled to other lands, this was his water container. It was made of copper for purity and health.”  I saw similar giant copper water pots in China and later Mongolia. I love history and love what we can learn from observing the "knowledge of the past."  So when I heard that scientists in Europe and America are suggesting copper surfaces as a disinfectant for hospitals, I made note of this. 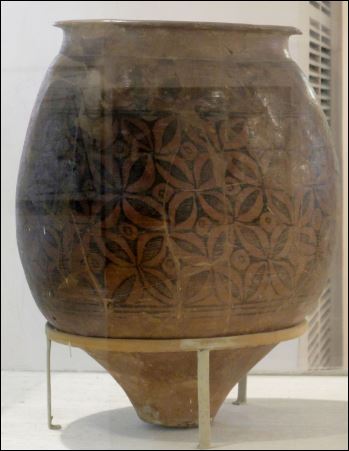 Ancient priests, doctors and holy men believed that copper would protect against sickness. I traveled to Mongolia, and there observed that Mongolians historically used copper tools, cooking utensils and water containers for good health.

In recent years hospitals in Europe and a few in the USA have found that copper surfaces are more potent in killing some germs and viruses than Clorox or other accepted chemical cleansing agents. Old Germany, Switzerland and England used copper to produce cheese and later beer.  Why? Because of the purification powers of copper. 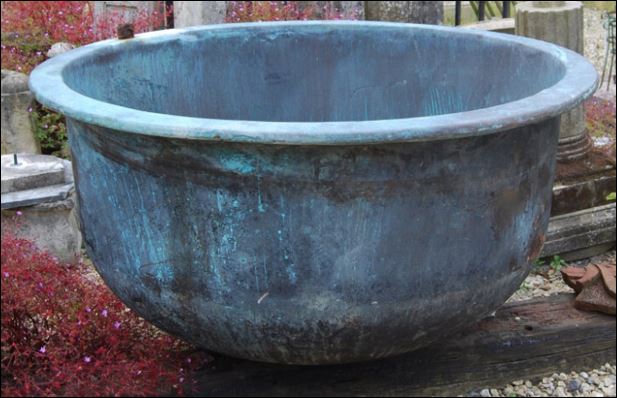 Then I spoke to my swimming pool "cleaning man" and asked him what was the best way to keep my pool water clear.

He replied, "Copper ionization is a safe way to clean your pool. It kills viruses and bacteria, including black algae. Unlike chlorine, copper ionization does not cause skin, hair or eye problems."

So with interest I saw an article about a copper device to kill cold viral elements in nasal cavities. Hundred of people report that colds have been made less severe or even prevented by use of this little method.

Years ago, on a whim,  I had the steering wheel of my truck covered and wrapped with pure copper sheets, and during the following two years I had no cold or flu episodes. My idea was that since my hands touched my steering wheel several times a day, perhaps it would keep me healthy. Reports say that touch or contact with copper kills or disrupts viral elements.

Go to Germany and visit the ancient beer drinking places with their copper cups, mugs, bowls, water jugs and bar coverings of copper -- and even copper door knobs for sanitation.

So, we invite you to read the below.  I have no financial interest in the company, but do think it is an interesting concept. I  can tell you this, I have had a cold for months, sneezing constantly, and I tried a copper tool to reach into my sinus cavity, and the sneezing and constant cold sores disappeared. I had a fever blister on my upper lip and rubbed it a couple of days with copper and it disappeared. I do not know if this is a real cure or if it is psychological, but my sneezing episodes have stopped. So something worked for me.

I travel all over the USA in my commercial real estate appraisal business and just don't have time to be sick. I am in constant contact with "germy" places on airplanes, in terminals and stairwells, so I am always seeking ways to be clean and healthy. Washing our hands 10 times a day still can't cover all things. So this is another tool to stay healthy.

But read the article below and do your research. Evaluate this for yourself and see if it makes sense.  It is another idea that may be helpful in your "living."  Be responsible and be careful. Stay healthy! -- Ben Boothe

SEARCH FOR: Tucson Inventor’s Mix-Up Between Zinc And Copper Leads To Discovery

"Tucson inventor Doug Cornell says he stumbled on how to stop a cold after he stuck a penny in his nose, thinking the penny was zinc. “I hated getting colds,” says Cornell, “so when the zinc gel I had used for cold prevention was taken off the market and I started getting a cold, I almost panicked.” The gel had side effects and in 2012 was gone from the shelves. “I felt a warning tickle in my nose,” recalls Cornell. “I needed something fast that could stop a cold.” He racked his brain for a quick source of zinc. “I collected coins as a kid. I remembered pennies are mostly zinc. So I rubbed a penny in my nose. The tickle lessened, which surprised me, but soon increased again.” “The penny couldn’t reach the tickly area in back where cold viruses multiply,” he says. “Besides, what if I couldn’t get it out?”

Then he remembered only the inside of a penny is zinc. The outside is copper. “What was I thinking?” he laughs. “It was copper touching my nose, not zinc. It shouldn’t have worked at all. So I searched online and found out – yes it should.” A huge body of research says copper kills bacteria and viruses by touch, starting in under a minute, Cornell reports. “Many scientists have confirmed this in labs and hospitals. Who knew?”

Tests by the Environmental Protection Agency (EPA) and others show copper kills cold and flu viruses plus dangerous germs like MRSA. (It has not been tested on Ebola yet.) The EPA now urges hospitals to install copper “touch surfaces”, like doorknobs, faucets, and bed rails.

Several hospitals have tried copper in hospital rooms with good results. Infections caught by patients dropped by half. Based on his research experience while earning a doctorate, Cornell concluded copper can stop a cold after all. He also knew it is generally safe to absorb traces of copper, because it is in many foods and is necessary for health.  So he fashioned a smooth copper probe that could reach the cold viruses. He rubbed it gently in his nose. Almost instantly, he says, the tickle was gone. The cold stopped completely. That gave him the idea of a personal copper touch surface for stopping colds and other illnesses. He created a handheld instrument made of pure copper, he says, because tests indicate pure copper works best.

It has a smooth tip to rub in your nose and a curvy handle to touch with your fingers. “Whenever your fingers touch copper you may reduce your risk,” says Cornell, “because 80 percent of infectious diseases are transmitted by touch, experts say.”

Relatives, Friends, Coworkers Try It Out.

He asked relatives, friends and co-workers to try copper when they felt a cold starting. They rubbed it gently for about 60 seconds in each nostril. All said they believed it stopped a cold or, if symptoms had already developed, made it shorter or milder, Cornell reports. So in 2013 he started a Tucson company, CopperZap LLC, applied for trademarks and patents, set up CopperZap.com, and hired two employees to start production and shipping. “Since then we estimate it has been used several thousand times,” says Cornell. “Almost 100 percent of reports by users say copper seemed to stop a cold if used within 3-4 hours of the first sign, or reduce a cold if used within 48 hours, with no side effects reported. Some say it stopped flu and other illnesses, too.”

Jen Rickard admits it seemed weird at first to stick something in her nose. “As kids we were told not to,” she laughs, “but I’d rather have copper in my nose for a minute than a cold in my nose for a week.” Cornell’s first invention, in 1980, was the Cornell Solar Water Heater, chosen as the world’s best solar water heater by the 1984 World’s Fair, he recalls fondly. Cornell Energy Inc. manufactured the product in Tucson and shipped it nationwide and to several other countries before the solar tax credits of the time expired.

“CopperZap is even more exciting,” he says, “because scientists say copper kills over 100 different disease germs, some deadly. It may have saved lives already. We will never know.” Cornell may be right. Health System Review says, “Copper is the new gold standard for saving lives.” “Plus,” he says, “this is the Copper State (Arizona). A new use for copper is good for Arizona and can help our state do good for the world.”