For years science has been teaching that we evolved from the apes.  Eon after Eon we became more human-like.  Now science is finding another theory, where our "ancestor" DNA comes from an entirely different source. 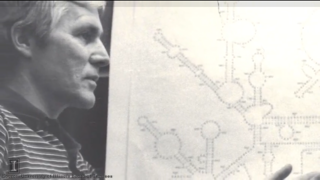 In late 1977, Dr. Carl Richard Woese, a microbiologist at the University of Illinois, discovered DNA that appeared to be almost identical to that of human beings. He studied and published and was noted by the New York Times for his "theoretical discovery." But with great advances in DNA research in recent years, more and more evidence has verified that his theory appears very credible. Dr. Woese referred to a "separate form of life," a form of life that may have been our ancestors. Prior to 1977, it was thought there were two kinds of life. But in 1977 he identified three kinds of life.

This separate form of life would become known as the "archaea," reflecting the impression that these organisms were primitive, primordial and especially old.

They were single-celled creatures, simple in structure, with no cell nucleus. Through a microscope, they looked like bacteria, and they had been mistaken for bacteria by all earlier microbiologists. They lived in extreme environments, at least some of them — hot springs, salty lakes, sewage — and some had unusual metabolic habits, such as metabolizing without oxygen and, as the New York Times account said, producing methane.

But these archaea, these "whatevers," were drastically unlike bacteria if you looked at their DNA, which is what (indirectly) Woese had done. They lacked certain bits that characterized all bacteria, and they contained other bits that shouldn’t have been present. They constituted a “third kingdom” of living creatures because they fit within neither of the existing two, the bacterial kingdom (bacteria) and the kingdom of everything else (eukarya), including animals and plants, amoebas and fungi, and you and me. Eukarya, seems to branch off the limb labeled archaea. The cells that compose our human bodies are now known to resemble, in telling ways, the cells of one group of archaea known as the Lokiarcheota, recently discovered in marine ooze, almost 11,000 feet deep between Norway and Greenland near an ocean-bottom hydrothermal vent.

What if someone told you that your great-great-great-grandfather came not from apes or Lithuania, but from Mars? You would be jolted. Now modern microbiologists have reviewed the Woese discoveries in light of much advanced DNA studies.  They believe he was right.

We may have come from a black ooze in a deep ocean bottom, but on further reflection, after observing the behavior of today's political leaders, it may become easier to believe that there is truth, credible truth, that they evolved from a black ooze.