Oil prices are unlikely to break out of the mid-$70 level, Oman's oil and gas minister said September 3, and he said that he thought prices were currently "fair."

The statement was made in Muscat, Oman.

"I think for the rest of this year we should see stability between $70 and the high 70s (dollars a barrel), or low 70s to high 70s," Mohammed bin Hamad Al Rumhy, said. 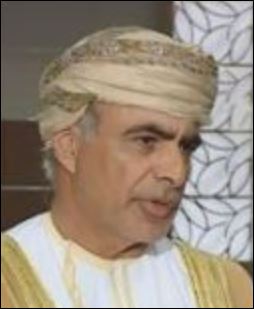 "Because this is the wish of all of us who are cooperating with OPEC to provide the market with enough crude to make sure that the consumers are not impacted and we think that the current price is a fair price," he told Hadley Gamble in Muscat, Oman.

Oil prices, around the $70-$80 mark per barrel, "will enable us to sustain our investment, and continue the business that will give us a guarantee of some form that the future is brighter than when the price was in the $30s and $40s a few years ago."

Asked whether he agreed with analyst expectations that oil prices could rise to $90 a barrel, he answered, "I don't think so."

Oman is the largest non-OPEC producer in the Middle East and it was severely affected by the oil price slump that took hold in 2015. It signed up to a late-2016 deal between OPEC and non-OPEC producers, notably Russia, to curb oil output in a bid to support prices.

The agreement continues and has worked to stabilize markets, with prices currently around the mid-$70 mark, although the U.S. has criticized increasing prices. Prices have also come under pressure from the U.S.'s decision to re-impose sanctions on major OPEC oil producer Iran — which will stifle its oil industry and curb its supply, potentially causing prices to rise higher.

Brent crude oil futures were trading at around $77 and U.S. West Texas Intermediate (WTI) futures were just shy of the $70 mark in early September, 2018.

Al Rumhy dismissed concerns that Iran's crude coming off the market could affect the overall global oil supply, saying, "We have been assured by some of our neighbors that they have the capacity to increase production if required."

"There is a danger that the demand will be impacted as well. People often focus on the supply side — what happens if Iran stops supplying — but what happens if China reduces its consumption? So we are looking at both sides of this discussion," he said.

"I see that as a possibility as well. If there is a serious trade disagreement between the U.S. and China the Chinese consumption of energy will be impacted negatively from our point of view and the ability to produce and export will be impacted and I think, and many people agree with me, that the demand will be impacted so that's not good for us."

Credit to: Hadley Gambell of CNBC interviewed Al Rumhy and posted this 9/3/2018