Increased Spending But Little Increase in Production in Permian

Spending Boost Fails To Raise Production In The Permian

The U.S. shale industry is gearing up to spend more this year, despite assurances to maintain capital discipline. 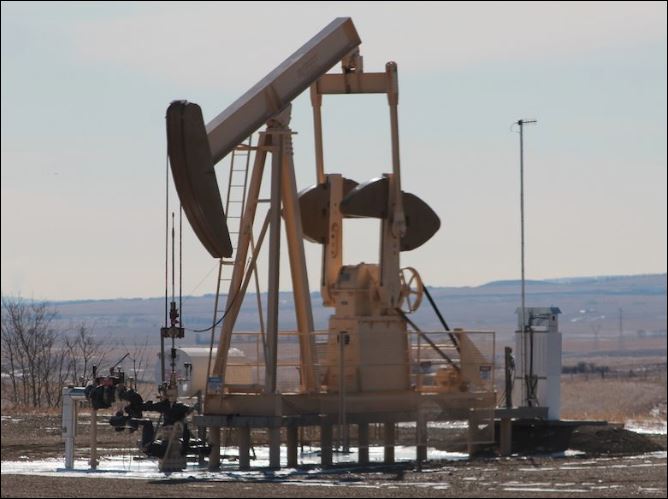 In the second quarter, shale companies signaled their intention to lift capex. Part of the reason is that costs are on the rise, so some drillers have to spend more to produce the same amount of oil and gas. That was an unexpected development, and one that shareholders are not happy about.

A survey of 33 shale companies by Rystad Energy found that while the group revised up spending by about 8 percent, they only increased their expected production levels for this year by 1.4 percent. “This disconnect might suggest that the shale industry requires more capital than before to achieve healthy production growth,” Rystad said in a new report.

There are some signs that the Permian, for instance, is running into some productivity problems, raising the possibility that the highly touted “efficiency gains” over the past few years are reaching their limit.

On the other hand, the industry is also spending more because they have plans to increase drilling activity, which could lead to higher output next year. “[W]hile a part of increased spending is due to service cost inflation, a significant part of the incremental budget is also planned to be used for additional drilling throughout 2H 2018 to support more intensive completion activity and production growth in 2019,” Rystad Energy said in its report. Related: Venezuela Takes Unprecedented Action To Stabilize Currency

The largest spending increase came from companies focused on the Permian basin, which is not surprising given both the frenzied pace of drilling in West Texas as well as the reports that the basin is suffering from bouts of cost inflation. Occidental Petroleum stood out from the bunch, with an announced increase in spending by $900 million. Occidental said it was going to deploy two additional rigs, as well as “pre-build facilities for 2019 activity,” Rystad says, “supporting higher production in the short to medium term.”

Pioneer Natural Resources was another notable upward revision in spending from the second quarter. The Texas-focused shale company hiked spending guidance by $400 million with a plan to add four more rigs for 2019. The higher spending is also the result of a plan to increase completion activity, plus cost inflation.

But it wasn’t just the Permian that is attracting higher levels of spending. Anadarko Petroleum said it would hike capex by $450 million across the DJ Basin and the Permian. Anadarko cited cost inflation, longer laterals, and higher non-operating activity. Meanwhile, the Bakken and Oklahoma-focused Continental Resources increased spending by $400 million for higher completion levels and additional drilling.

With so much additional spending pouring into the shale patch, one would think that the industry would revise up its expected volumes of oil and gas. But collectively, the group is only expecting to produce an additional 1.4 percent.

Some small companies reported the largest jump in output, including Jagged Peak Energy (+12 percent), Matador Resources (+9 percent), and QEP Resources (+8 percent). Their success is the result of “greater than planned performance of wells, underpinned by continued increase in drilling and completion efficiency,” Rystad Energy concluded. They are also growing from a relatively small base.

Those upward revisions were offset by the disappointing results from a handful of other companies. Resolute Energy rounded out the bottom of the survey, revising down expected production by 5 percent, “due to less than expected oil content” from its wells so far this year. Noble Energy revised its forecasted production down by 3 percent, as it decided to defer completion on some of its drilled wells, the result of “industry constraints” in the

Notably, however, “none of the well-established Permian operators reported a planned decrease in completion activity in the basin this year,” Rystad said.

Overall, cost inflation is playing a pivotal role in driving up spending budgets, but Rystad cautioned not to take that conclusion too far. Much of the spending increase is also laying the groundwork for higher production down the road. “While higher cost inflation played a role in the uptick in investment budgets, as evident from 2Q earnings reports, the majority of incremental capital expenditure is still planned to be directed to a larger number of intensive long-lateral completions and facility build-outs,” Rystad said.

The reason that the revisions to the guidance for 2018 look so unimpressive is that these investments may only result in production increases next year. That approach makes sense given that pipeline constraints in the Permian won’t be resolved until late next year. A lot of companies are doing the upfront work on drilling, but deferring completions until 2019 when new pipelines come online and Midland differentials rise. In other words, shareholders may groan at some of the figures that came out of second quarter earnings reports, but most shale executives expect things to improve next year.