WHAT'S BUGGING YOU?  If you are taking your family on a summer vacation, here's another thing to watch for -- bedbugs. Check your beds, sheets and furniture for bedbugs when you check into a room, and look carefully. They are tiny, have a red color, and baby bedbugs can look like just a beige piece of dirt. 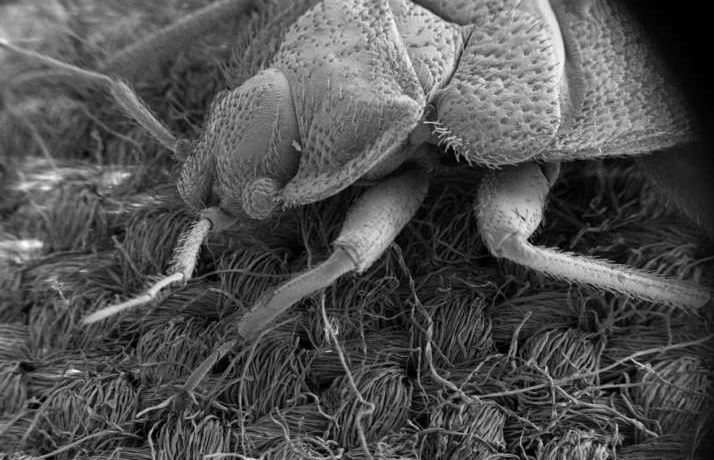 Penn State University is working on solutions for the national epidemic of bedbugs.

It has been well reported that there is an epidemic of bedbugs, and some of them even get into the best hotels. Good hotels are having to be more aggressive in cleaning and prevention. Most hotels refund the room fee if bedbug complaints come in, but other operators don't, and our suggestion is that you don't want to stay in a hotel not willing to offer clean and bug-free rooms.

This problem had almost disappeared in the USA 30 years ago, but now we are getting reports from all over the nation. Almost all pest control companies nationwide report that they have received complaints and requests for treatment. This is especially problematic for the hotel industry. My wife and I stayed at a leading hotel in Taos, New Mexico, and ended up in a room that was infested with bedbugs. The hotel refunded our fee with a letter of apology. In Fort Worth, a Wyndham Hotel, The Hawthorne Suites at the prestige University Drive location was never  reported to have had bedbug infestations. We visited there and have photographs, yes photos, of bedbugs, and when we reported it, they didn't do anything but change the bed sheets and pillow cases during our stay there. Obviously the staff needed some training on how to respond to these bug issues.  The second time we reported it to the front desk, the person just said, "Oh, that's too bad."  Now we must say, after sending letters and emails they finally responded and said that they would fix the bedbug problem there.

Some hotels need to have better procedures and better training to respond to bedbug complaints, cleanup and prevention. Also, they need to take it seriously when customers complain. Nothing can cause someone to "not" want to stay in a hotel as effectively as the presence of bedbug infestations.

The problem at the hotel on University Drive in Ft. Worth was that our daughter had one bite that turned purple, which caused concern of infection or disease, and she needed a doctor visit. These bedbugs can turn into larger problems. But with time the discoloration and marks went away, thank goodness. But our local doctor said, that even in his practice he is having more and more bedbug bitten patients come in.

To his credit, the General Manager, of  Hawthorn Suites, Jason Renner, 2 weeks later, wrote a letter and apologized, and indicated that he had waived room fees.  He apparently had no idea that they had bedbugs.   He indicated that the bedbug situation is not normal for his hotel and that his is working to repair and bring the Hawthorn Suites back to "it's glory".  He promised "This will never happen again".   So we appreciated that response which shows some management initiative and reaction to solve their problems. We wish this hotel success in their efforts to upgrade that hotel, it is in one of the best locations in Ft.Worth. The manager vow to "take issues very seriously" is a step in the right direction.  It is a step that many hotel managers across the nation must be taking.

"After decades out of sight and mind, bedbugs have crawled back into our homes, checked in as unwanted guests in our hotels, and infested our psyches, gaining a nightmarish foothold in a modern world that many thought was free and clear from this pest from the past."

Largely forgotten but certainly not gone, bedbugs have made an aggressive resurgence over the past two decades. As evidence of their proliferation, a 2015 survey from the National Pest Management Association revealed that 99.6 percent of pest controllers reported having treated for bedbugs in the past year, compared to 25 percent of respondents just 15 years earlier. In that same survey, 68 percent of professionals pointed to bedbugs as being the most difficult pest they encounter.

According to Nina Jenkins, a senior research associate in the Department of Entomology at Penn State, one of the main reasons why bedbugs are so difficult to control is because the bugs' secretive ways make it hard for traditional chemical pesticides to reach them.

Rather than rely on traditional means, Jenkins and a team of Penn State researchers have developed a naturally derived pesticide that uses the bugs' vexing tendencies to humankind's advantage.

"Bedbugs are extremely difficult to target directly," Jenkins said. "They're hiding in little cracks and crevices. Often, people leave the infestation for a long time before they even report it, so it becomes such a huge problem that dealing with it is a major operation. It involves collecting all of your clothing and laundering everything, keeping in it plastic bags, and reducing all of your clutter, so that a pest controller can actually apply the chemicals to the areas where the bedbugs may be.

FOR SOURCE AND CITATIONS: Read more at: https://phys.org/news/2017-03-bedbug-epidemic.html#jCp 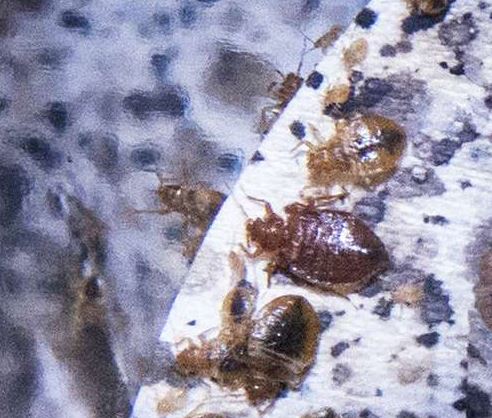 "It's only the pest managers that really insist on all of the preparation work being done properly, and by diligently doing these repeated applications that they're able to bring the pests under control," Jenkins said. "Those pest controllers who don't implement these strategies and are just spraying in a cluttered house, maybe only once, have no hope of actually bringing those infestations under control."

Heat can also be an effective bedbug killer. Heat treatments require massive heaters to rapidly heat a room to 130 degrees Fahrenheit, and then holding the temperature at that level for three hours. It is an efficient, albeit costly, solution, but works best in smaller spaces, such as hotel rooms, where the heat—and the bugs—can be contained. However, it is difficult in a large home or in an old property to bring all areas up to the correct temperature.

Just as bedbugs can run from the heat, they also have proven to be extremely efficient at adapting to the chemicals that pest professionals spray their way, as insecticide resistance among bedbugs is a mounting problem.

"It's just what insects do, they find ways to adapt," Jenkins said. "Once you have a mutation for one chemical, often there's cross-resistance to other chemicals. So, it's a growing concern. That's not to say that all bedbugs out there are resistant, and there are products that still are able to control even resistant bedbugs, but that won't be the case forever."

Likes and dislikes of bedbugs:

*Bedbugs seem to like dark places, and they can be very active at night.

But the little bugs are hard to kill. Most pest control companies say it takes several repeated treatments to effectively knock them off.

If they are in mattresses or furniture cushions, you can place the affected items into full, hot, direct sunlight, beat them, turn them over, beat them, and then apply insecticides. Some people power spray them with high pressure sprayers. A new bio-pesticide developed by Penn State scientists has the potential to turn the bedbug control market on its ear, thanks to a robust entrepreneurial ecosystem taking root at Penn State that's helping to push crucial discoveries out of the laboratory and into the marketplace.

Our advice to you for hotel bedbug problems:

1. Document the presence of bedbugs with photographs

2. Document that you reported this to the hotel staff with date  and employee name, and document their response

3. Send a written letter to the hotel, clearly defining the problem including when, where, and with evidence. You may want to copy the letter to your attorney.

4. Ask the hotel to respond in writing

5. Be prepared to copy and report this experience to the local health department, hotel association, and the home office of the hotel chain.

6. And, don't let it ruin your trip. Don't let them bug you too much, the good hotels will refund your stay fee.