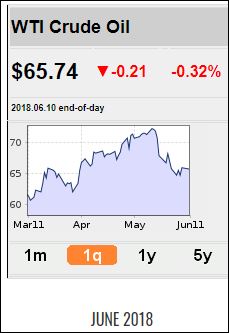 The Permian Basin continues to generate huge "mining" cash flows from oil and gas, and the impact on Texas and New Mexico state budgets will be in the billions of dollars.

Just a simple "fly over" the Permian Basin says it all.  The land is peppered with oil and gas wells.

Oil wells are being drilled everywhere, it seems, in the Permian Basin of West Texas and New Mexico. We have been followers of news accounts of this area for years, have visited the areas of Texas and New Mexico and have done many appraisals, feasibility studies, and valuations of various oil and gas drilling companies. We also have observed that some companies that were on their financial knees just two years ago are now making millions of dollars. Cities such as Hobbs, Carlsbad, Odessa, Midland and dozens of small towns in between have seen new money coming to town, new demand for housing and hotels, new RV and mobile home parks, and retail stores, restaurants and other businesses doing well. Some of the towns with good leadership have attracted regional offices that will have a long-term presence in their communities, creating stable, long-term jobs for their towns. That is the nature of the oil and gas business. If you wish to contact our appraiser for valuations in the oil and gas boom areas, contact: Gas, Oil, Land and Boomtown land appraisals

Several trends are behind this increase in business activity.

1. A huge purchase of "undrilled mineral lease deeds" by EXXON for $5.2 billion, most of these in the Permian Basin near Carlsbad and points south and east.

3. Uncertainty in the Middle East with Saudi Arabia threatening both Qatar and Iran, creating fear of a disruption in oil and gas production. Iran has large oil fields and interest in natural gas, and Qatar is one of the largest producers and shippers of natural gas in the world. Both feel some threat from Saudi Arabia, a nation that wants to be the dominant power in the Middle East. And while Saudi Arabia is a Sunni religious nation, Iran and Qatar -- which may be more inclined to think that they are emerging powers in the Middle East -- are more friendly to Shiah branch of Islam.

4. Russia and Israel continue to meddle in the region, often creating conflict and uncertainty with their military and political disruptions. Recently, Israel made an agreement with Russia that if Israel attacked Iran, for example, then Russia would back Israel militarily. These types of agreements beg for mistakes and hold the potentials for military conflict.

5. Iran has been targeted by Trump advisers such as John Bolten, who is encouraging more militaristic policies toward the country. Iran is destined by geography, culture, education and the size of its military to regain its status as a military leader in the Middle East. Trump in trying to destroy the "nuclear ban" agreement with Iran, and has destroyed the good will that the Obama Administration had fostered for years. Thus, there is more uncertainty coupled with a lack of confidence that America will not continue to take an aggressive stance toward Iran. This uncertainty also drives the price of oil and gas upward. 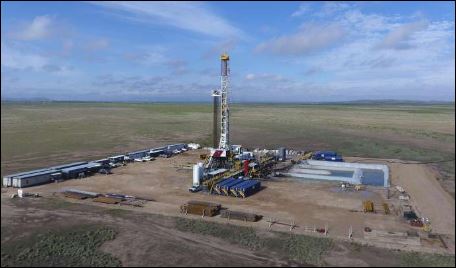 Observe some of the results in Texas and New Mexico from industry publications. Expect the price of gas, electricity, fuel oil and transportation such as aviation, trucking and others to rise with the price of oil. Also, because agricultural needs petroleum, fuel, and fertilizers made from petroleum products, food prices are destined to increase.