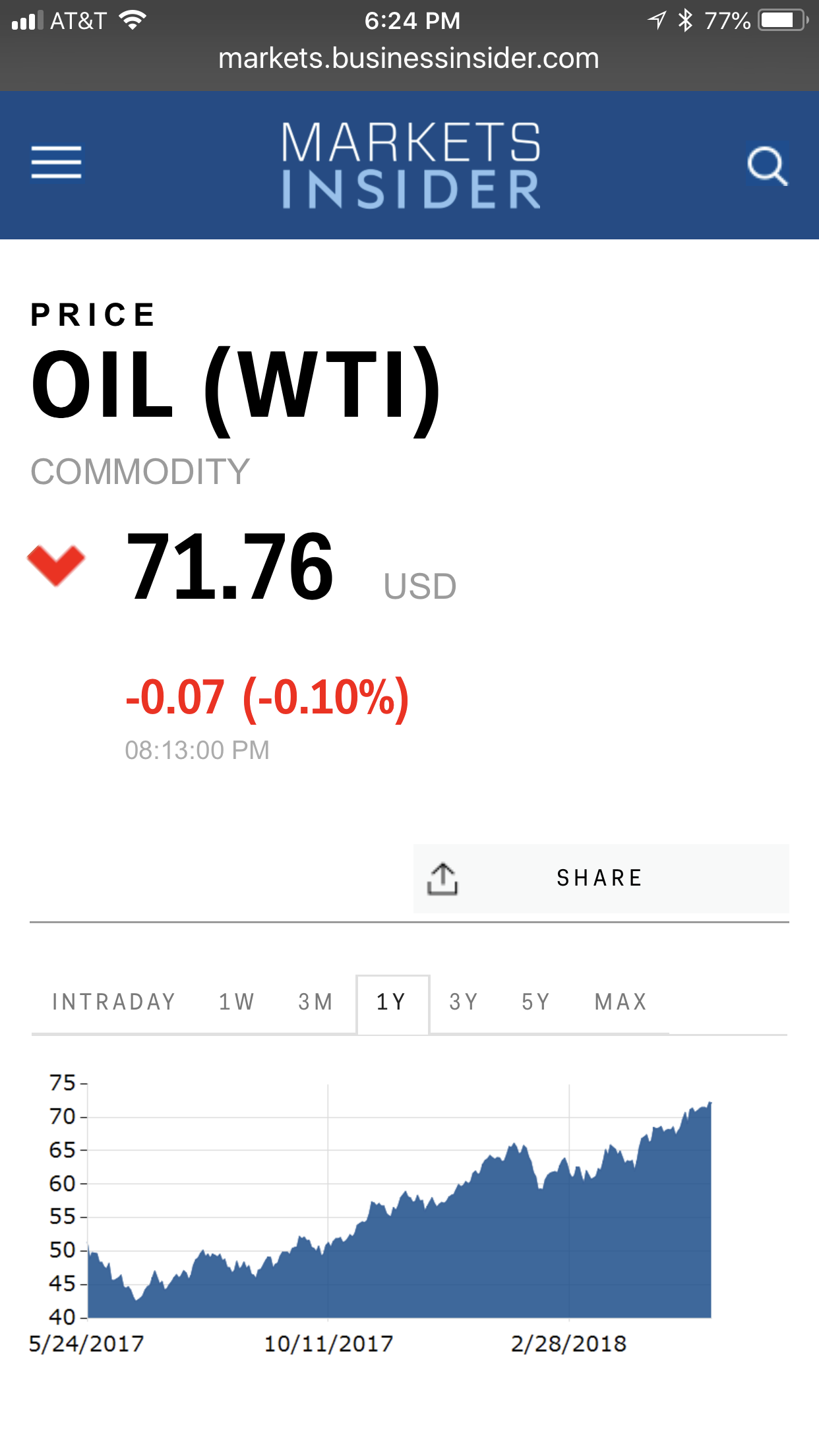 If you haven’t noticed, oil prices are above $70. With increased friction by the U.S. toward Iran, social and economic problems in Venezuela as well as uncertainty over North Korea, fear is a strong influence to move oil prices up. Then Israel has worked to make an agreement with Russia that if Israel is attacked by Iran, Russia will defend Israel. This upsets a historic balance of power that gives Israel more protections if it goes to war with Iran. The USA has been displaced as the power broker of the region, and this attracts attention from Saudi Arabia and the UAE as well as ruffles Qatar and other nations. All of this coincides with John Bolton throwing gas on the fires of international relations with his militaristic rhetoric. Trump is in a complex series of relationships that are a far more complex dance than he has experienced previously.

Thus oil and the dollar are high in value in an unprecedented time of risk. There are several “unpredictable players” or loose cannons: North Korea, Israel, Russia, Saudi Arabia, UAE, Venezuela, and not to be out done the USA as led by Donald Trump.

For drillers and producers in Texas, New Mexico and the Dakotas, it means more flows of capital to their states. But to the rest of the world it is a time which bodes high risk of more international conflicts. China would love to see the USA embroiled in more active wars while China continues to become a bigger and more powerful international force. India also would show relative growth as it develops its economy while the USA fritters its riches away in international conflicts.

Stay tuned and watch your pocket book shrink when you fill up with gas or hop an airplane. The times are a changin’, and any benefits you might have expected with the recent new tax law may will be offset by higher fuel costs, higher interest rates and higher food prices. Yes, don’t forget that food and agricultural commodity costs are directly related to energy and fuel costs. “It comes and it goes, coins drop through the holes in my clothes” may be an apt phrase for Americans, unless you are living in the oil patch and benefiting from the boomlet in oil prices.