IMAGES OF ANOTHER SCHOOL SHOOTING SAY SO MUCH

WHAT CAN WE SAY?  JUST LOOK, AND WEEP

The shooter, yet another disturbed kid who had access to guns, showed his shirt on Facebook, "BORN TO KILL." 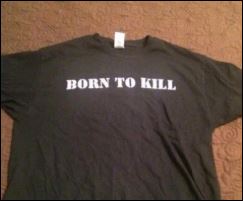 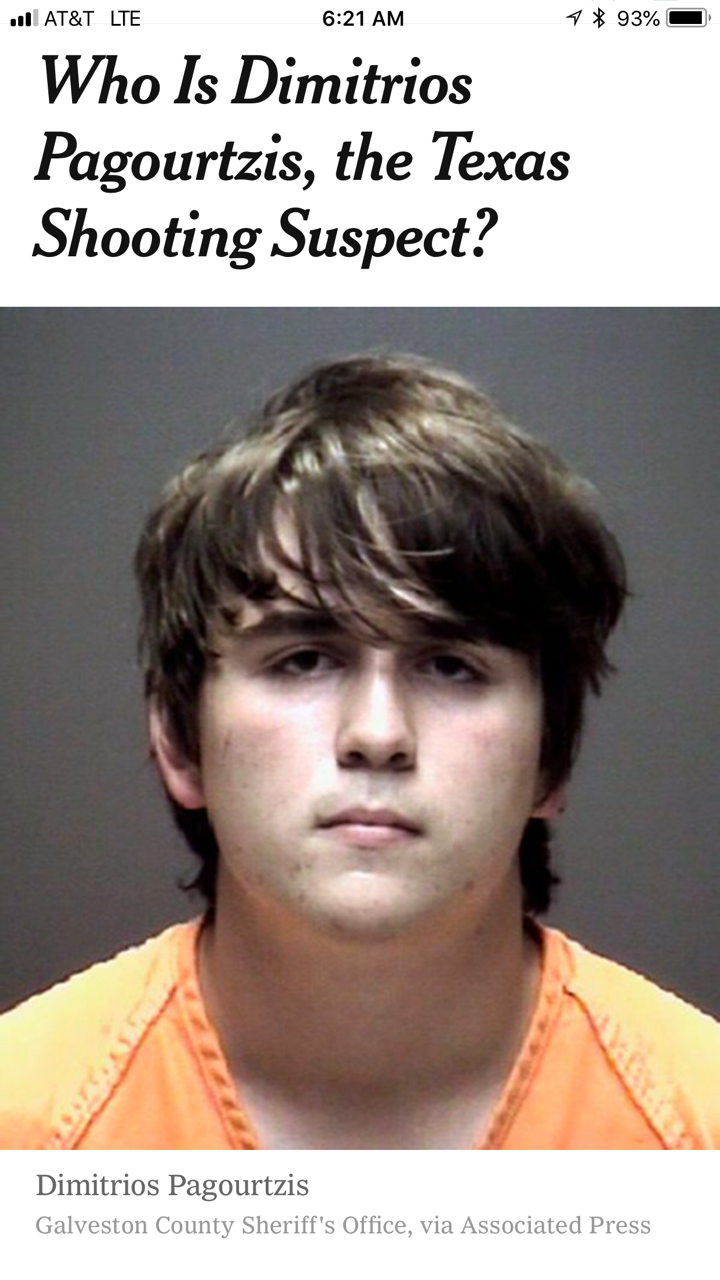 The US Congress continues to do nothing but talk.

And here come the confused and crazies. There always seems to be a percentage of these types in society. If talking politicians weren't

depressing enough, then walks in another odd fellow, with a flag, a Trump "Make America Great Again" cap, and a gun on his hip.  Just what

the police, media and upset people of Santa Fe, Texas, needed. One must wonder, "What was this guy thinking?"  I think he, like millions

of the NRA gun disciple set, just needed some attention. Surely he didn't think he was helping anyone by making himself a spectacle. 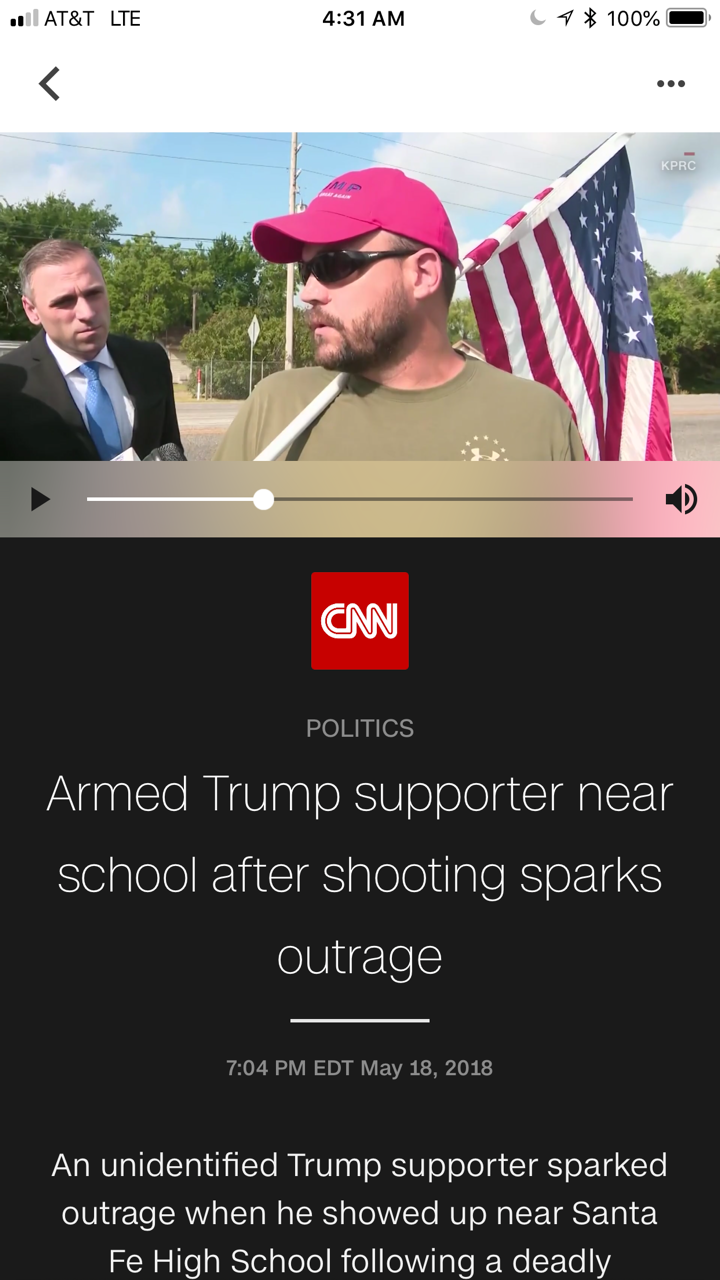 The NRA continues to rant that we need more guns in more hands.  Stoking the flames and egos of people who

need a loaded gun on their hips to feel good. It must make some "feel like a man."  They must either need a lot of attention or

be thinking, "CARRYING A GUN, A RED HAT , FLAG AND A LOADED GUN to a crime scene will make America great again."

Have you ever seen a time when so many Americans are so lost, or following a such a radical, strange lead?

"This idiot is walking to a crime scene, a place where people have just been killed by a kid with guns,

with a flag, a Trump hat and a loaded gun.  I hope the police grab him.

I have guns, I am for the second Amendment, but this is just insanity. Look at him, just look!"

*Politicians talk and do nothing.

*The silent majority, like this angry citizen pointing, some day will say: "ENOUGH...TIME FOR CHANGE."