THE PERMIAN BASIN “WILL PROBABLY BECOME THE WORLD’S LARGEST OIL PATCH,” says Bloomberg, drawing from research of the U.S. Energy Information Administration. If someone asks that basic Wall Street question in Fort Worth or Midland, "WHERE'S THE NEW MONEY BEING MADE?" the answer is quick and simple for those who know what is going on in West Texas and Southeast New Mexico. Just look at the pink area, the Permian Basin, on the map. This area, a long-proven oil and gas area, is seeing production multiplied by new drilling methods, technology and equipment. Towns and cities in this area are awash in new business. High-paying jobs with huge sums of money are flowing in. And if trend studies are correct, this area will in the next few years be the world's largest and most valuable oil field. An entire new generation of "new wealth" is already in the making.

With crude oil production expected to reach 3.18 million barrels a day in the Permian Basin this month, according to the U.S. Energy Information Administration, Bloomberg said the basin “will probably become the world’s largest oil patch over the next decade.” The May output would be the highest since the agency began compiling records in 2007. “The technology is the biggest driver,” Robert Thummel, managing director at investment adviser Tortoise, told Bloomberg. “The basin … could end up being the largest oil field in the world.” He added, “If the Permian was part of OPEC, it would be the fourth largest OPEC member – right behind Saudia Arabia, Iran and Iraq.”  Source: PBOGF (Permian Basin Petroleum Association Magazine, May 2018)

Phillips 66 Partners to build pipeline from Permian to Texas coast

Houston-based Phillips 66 Partners said April 24 it will build the Gray Oak Pipeline to carry crude oil from the Permian Basin to the Texas Gulf Coast. The pipeline will be owned by Gray Oak Pipeline, a joint venture of Phillips 66 Partners (75 percent) and Andeavor (25 percent). Originating stations will be constructed in Crane, Loving, Reeves and Winkler in West Texas as well as in Eagle, Ford and Shale in South Texas. The pipeline will deliver crude oil to Corpus Christi and the Freeport/Sweeny markets. In Corpus Christi, Gray Oak will connect to a new joint venture marine terminal under development by Buckeye Partners.

ExxonMobil could become the most active driller in the Permian Basin by the end of 2018 with its plan for at least 30 operating rigs, according to Bloomberg. Currently, Concho Resources is the most active driller with 26 rigs, including its acquisition of RSP Permian, Bloomberg said last week. ExxonMobil entered the Permian shale fields in 2010 with its acquisition of XTO Energy, but the impact on Exxon’s global production was minimal. But, Bloomberg added, “Now it’s becoming a critical component of the company’s strategy."

"It wants to increase production to around 800,000 barrels a day by 2025, equivalent to about 20 percent of its global output today.”

Jeff Woodbury, vice president of investor relations at Exxon, told reporters April 27 that the higher rig count and better efficiency in well completion rates will help grow Permian production in the second half of 2018, but Permian growth will at best offset declines elsewhere.

He said there’s “no change to our communicated guidance that we would be generally flat with 2017.”  But with the price of West Texas Crude Oil at $69.72 (up from the mid $30 range just 15 months ago), a new boom is in process. This is generating a need for new roads, new housing, new support companies, new industrial buildings, new people to fill the "Help Wanted" advertisements -- new everything. Ben Boothe, President of BBAR Inc. (https://benboothe.com) said, "When these booms hit, they are caused by a combination of factors. In this case, EXXON just purchased a large group of natural gas drilling leases, then the price of oil began to rise, while the national economic recovery continued.  All hit at once. This causes real estate appraised values to rise rapidly in boom areas, which gives bankers confidence to lend more money. All combined creates an enormous economic impact. It has created new demand for appraisal work, environmental work (for the oil men), and feasibility studies (for new developers)." 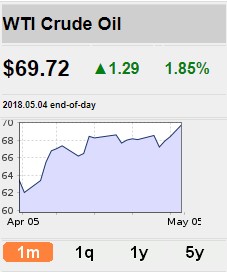 Most production and drilling locations marked. 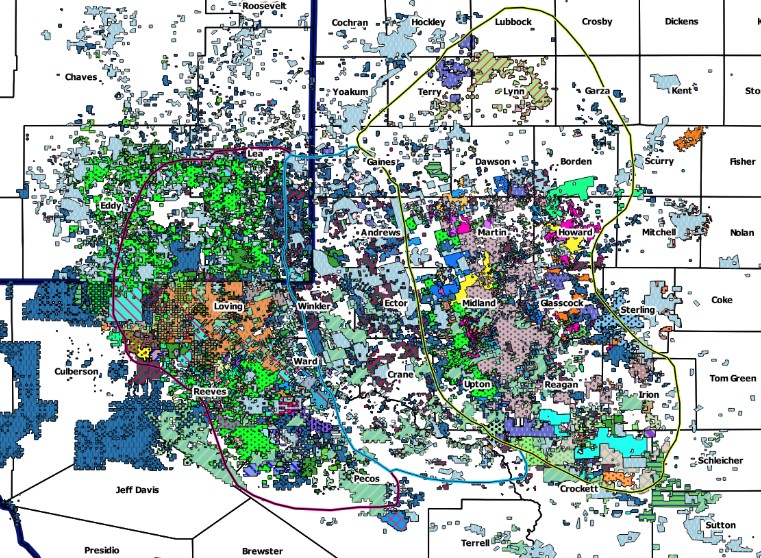 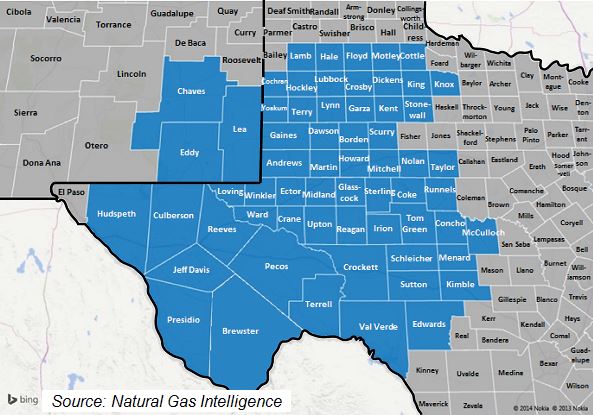