It was Saturday morning, and I didn’t think sleepy Albuquerque would make much of a showing for the kids' march for gun control. “Perhaps 300 to 500 people” I thought as I found a parking space right on Old Town Plaza. Old Town is normally a calm nod to history, with old stucco tourist shops and restaurants (some that have old trees growing through the floor and roof),  and “sleepy” is a good way to describe it. I figured that teenagers were not going to get out of bed on a Saturday morning to drive across town to Old Town Square, but it didn’t take long for these kids to prove me wrong. When I locked the car, I looked up and noticed those "lazy" teenagers that I thought would sleep in on Saturday were here in mass. They were organized. They were smiling. They were not lazy. They were fully engaged. There were hand-made signs -- some very clever -- and they were everywhere. Young boys and girls were giving instructions and seemed confident.

As I walked through the growing crowd, people were pouring in from every side of the square.

Someone in the crowd said, “Looks like a thousand people are here...” and they kept coming.

Young people, affluent middle-aged couples, old people, well-dressed businessmen and lots, lots of school kids. The spirit of energy was palpable. People kept coming onto the Old Town Park until there was hardly room to stand in the old plaza, so they spilled over into the streets. TV helicopters and a host of motorcycle cops were there. The kids were in charge and determined to make this a success. The kids all were communicating electronically. They had their act together. They looked and acted like professionals.  But they were kids -- your kids and my kids -- and they worked purposefully. The march went into a large circular route to the larger Tiguex Park just south of the museum district. It was led by a band of drummers which set a beat for with the chants. There in Tiguex Park “our” kids had set up a sound system, a voter registration area and a large place to accommodate more people. The marchers, 6-8 abreast, became a column that seemed almost a mile long, and it slowly fed more and more people into the park.

The chants included, “Hey hey, ho ho, the NRA has got to go!”

Or to our elected officials, “You will rule, you will lead, prayers and wishes not what we need.”

Another ominous chant went, “Hear our shouts, gun control or VOTE THEM OUT!”

The energy was contagious because the kids were relentless in their enthusiasm. People were laughing, smiling, enjoying the event, but there was a very serious undertone.  “Our kids,” were learning and implementing political action, complete with organization, voting registration and an enthusiastic, clear message. An message that the adults of our nation need. They had a well-staffed area for voter registration for young people, for “first voters.” And the old people were there, republicans, democrats, independents, breathing in the energy and zeal not seen in our USA for decades. Old Town Albuquerque was asleep no more. I was thrilled. As these kids of 13, 14, 15 16, 17, 18 years old spoke, tears quietly rolled my down my cheeks. Tears of pride for our kids. Tears of sadness for the many school kids who have been shot down in their schools. Tears at the failure of our system, our “adult-elected leadership.”

I breathed a silent prayer: “God bless our children ... please don’t let our nation let them down.”

PHOTOS FROM AROUND THE NATION: 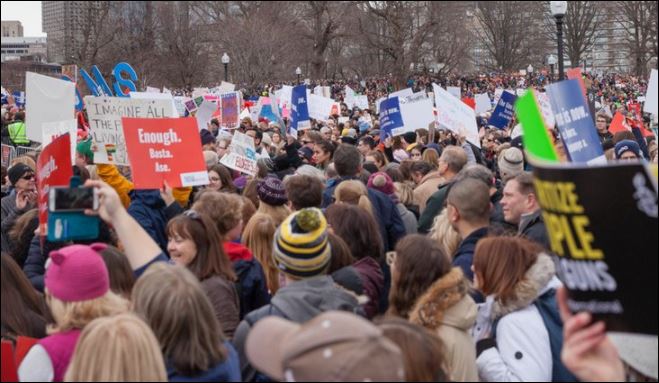 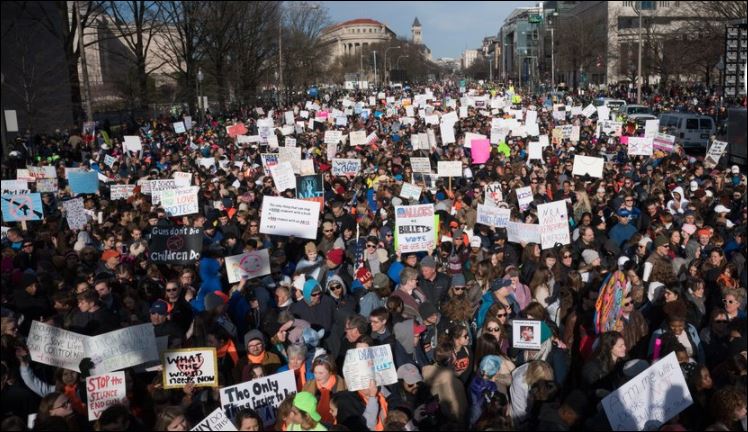 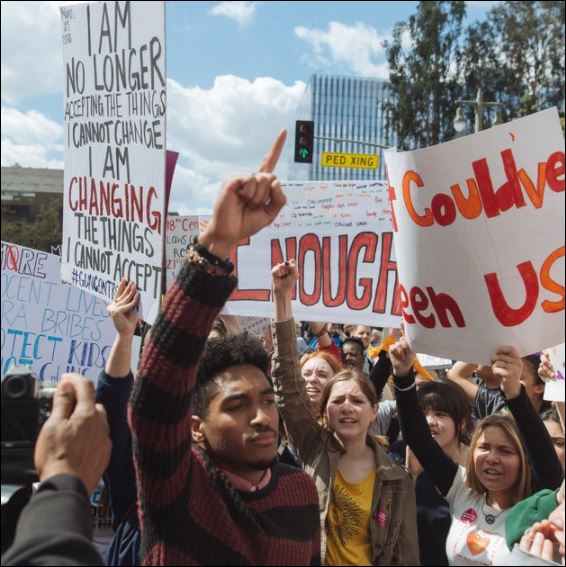 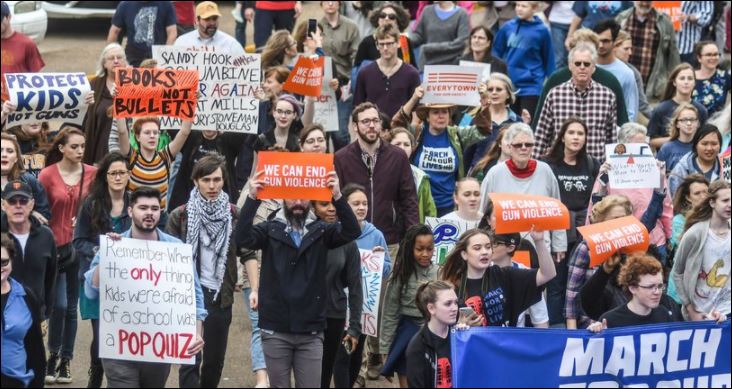 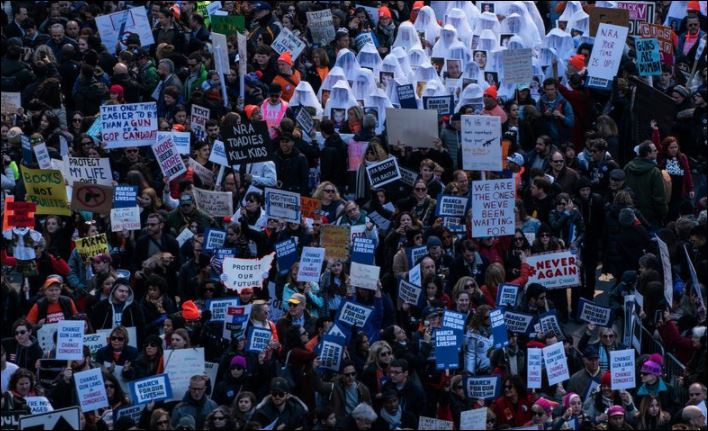 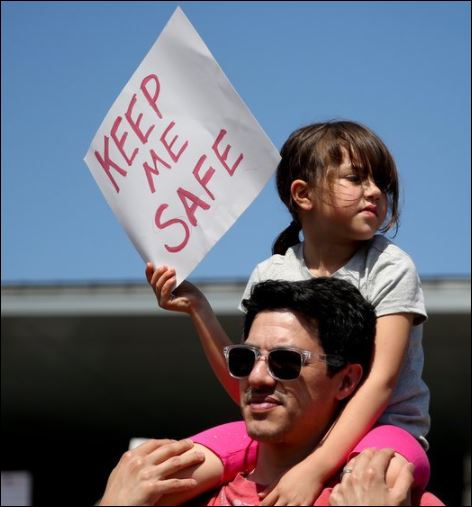 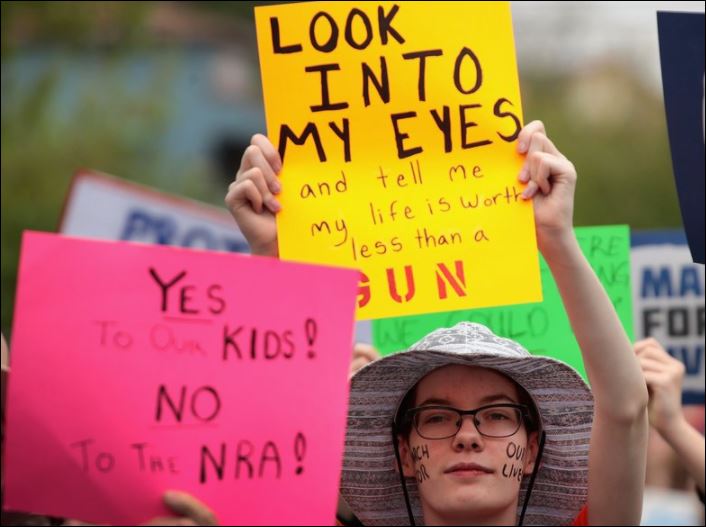 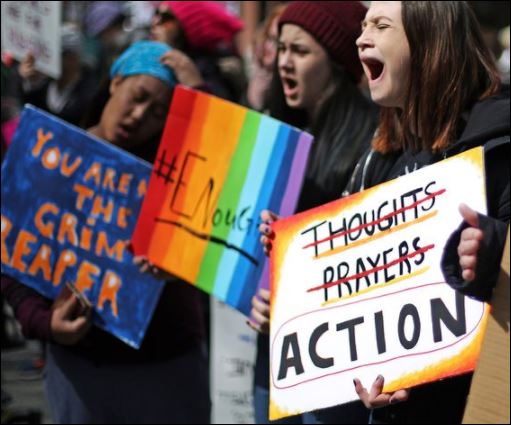