Michelle Lujan Grisham, a US congresswoman who is running for governor of New Mexico; George R.R. Martin, creator of the Game of Thrones Books and TV Series; and Saneh Boothe, actor in movies and advocate for children's and women’s rights, were just a few outstanding speakers at the Woman’s Panel in Santa Fe, New Mexico, Sunday, Feb 11, 2017.

“What an inspiring experience to be with such talented people,” Saneh Boothe said. “I was born in Iran, and now as a US Citizen, I admire the courageous women around the world who are standing up to make positive change,“ she said. “In Iran, some 4,000 people were arrested over the last month for speaking out to improve life in Iran, like calling out for lower food prices, and for the personal right of women to choose how to dress, and for simple everyday freedoms such as whether or how to wear a hijab (scarf).”

Congresswoman Michell Lujan Grisham said, “I am proud that women are standing up to sexual exploitation in America, and I'm eager to see new progressive leadership in our country. 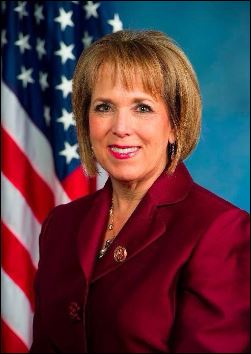 It takes good men and good women to make this happen.”

Congresswoman Grisham said “26,000 women in the USA have registered to learn how to run for political office. They wish to take back our nation.”

No doubt we are at the beginning of a new generation of women running for political office, and it will be interesting to see how this changes the face of politics in the USA.

Saneh Boothe said, “This was a dynamic and inspiring gathering, and the Santa Fe Film Festival is fantastic in promoting progress and new creative energy in the film industry.” Saneh is the Chair of the Diversity Committee for SAG AFTRA in New Mexico. “OUR DIVERSITY MAKES US STRONGER,” she said.

George R.R. Martin spoke of his new foundation to encourage youth and women to achieve greater things and to take leadership roles. Martin has contributed much time and money to encourage and develop new talent in New Mexico.

“WHAT WOMAN HAS INSPIRED OR IMPACTED YOUR LIFE THE MOST?” 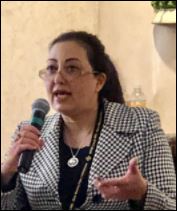 Saneh Boothe was ready with an answer. The question to the panel of outstanding women, all in the movie industry, brought quick answers from three of the panel members.  “My Mother,” said three of them.  Another said, “My Grandmother.” And then Saneh Boothe stunned the audience into attention when she said:

Every head in the room looked up, many leaned forward, as Saneh continued:

“Malala was on a school bus, and when the terrorists stepped on the bus with a gun, the children screamed -- all but Malala. She stood up as if guarding her friends. The terrorist said: "You girls get off of the bus, or we will kill you. Girls don’t go to school in our country.” Malala looked directly at them and said, 'You are wrong. The Koran doesn’t forbid little girls from going to school or getting an education. If anything it teaches that girls are to be respected and given every right to learn!'  The terrorist shot her in the head, and ran. Malala, by the grace of God, survived. A private helicopter flew in, and she was taken to the best hospital in London. Today, she speaks throughout the world. She says to all people, especially girls. ‘You have a right to an education. You have a right to go to school.’  Malala does this in the face of daily threats to her life.  She is not satisfied to demonstrate or carry a sign or donate to a cause, her very courageous message inspires me, and all women, to be brave enough to face any threat.” The room was absolutely stunned into silence, every eye was on Saneh Boothe when she said, “Malala is my inspiration!”

Saneh Boothe was challenging every soccer mom, every easy-chair political groupie, every actress and movie maker, to fight for women's rights with real courage. Courage that offers everything a person can give.  It was a highlight of the day in Santa Fe.