Santa Fe Film Festival Attracts People From All Over the World

NaNi and Ariela Rivera are an impressive “one - two” punch as spokeswomen for the Santa Fe Film Festival, and BIG SKY VOICES is honored to interview them. Both are eloquent, intelligent, balanced and enthusiastic about the work they do, and as sisters, they work well together, anticipating what the other is going to say. No doubt the Santa Fe Film Festival will continue to be a huge success and draw for Santa Fe.

NaNi has been on our radar before, and several years ago we featured her in a “Person to Watch” in BootheGlobalPerspectives. In that article we named some of the activities she was involved with and named her “The Go-To Person of the Movie Industry in New Mexico.”

In short, NaNi Rivera is a power house of energy, charm and determination. She knows how to make things happen.

That title has been proven justified as she continues as the chairman of the Santa Fe Film Festival, and she does other surprising things. For example, she just “wrapped” her new movie production, “Santa Fake,” and sent it on for post-production.  She graduated from a “wanna be” actress to a leader who makes films, and no wonder. She knows all of the right people and knows how to lead and motivate them. “I pick good people and then let them do what they do best, instead of hanging over them and nit picking,” she says. With a degree from the College of Santa Fe, a Bachelor’s Degree in Film and Associate Arts Degree in Media Arts from Santa Fe Community College, she not only is an exceptional photographer, she has produced, directed and edited numerous commercials, PSAs, and now her own film. She has been director of special projects for fhe IATSE Local 480 Film Technicians Union and has done legislative work, helping create thousands of jobs in New Mexico. NaNi is a proud founder of The New Mexico Industry Tune Up, a program to build infrastructure for local film production.  By any definition NaNi is an exceptional person. Exceptional people make for exceptional results, and she is one of the reasons the Santa Fe Film Festival attracts people nationwide and internationally. “We worked yesterday to get some exceptional film makers from Turkey to attend this year,” she told us.

The 2018 Santa Fe Film Festival’s creative director, Ariela C. Rivera, is influencing the motion picture industry throughout New Mexico. Rivera moved to Santa Fe in 2002 from the upper Florida Keys. She is a graduate of the Southwest University of Visual Arts, where she earned a Bachelor of Arts Degree in Interior Design. She has been an enthusiastic volunteer at the Santa Fe Film Festival since 2012. Rivera has assisted the festival with catalogs, graphics and program organization and has strong skills with adobe software and 3D modeling.

Ariela Rivera is not only a skilled directive designer, she worked with a small group of design professionals to create the 501c3 organization Women in Design New Mexico, launched in 2012. WiD:NM supports the personal and professional development of women in design fields through networking, mentorship, education and advocacy. The mission is to inspire and empower women in all design professions.

She also has assisted multiple organizations with graphics and public relations for events, marketing and social media. She exhibits great detail and passion for The New Mexico Film Industry Tune Up, now in its fifth year partnering with The Santa Fe Film Festival.

Ariela is beautiful, polished and poised and is one of those people who exudes depth and confidence. 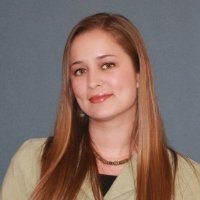 She knows more than she speaks and thus tends to “pull people out.” The Santa Fe Film Festival brings in 7,000 - 10,000 people, and she has the people skills to deal with multi-faceted issues. As an example, this year there is an award program, on Sunday, Feb. 11, where the cast, crews and producers of great films made in New Mexico are invited to accept awards.  Breaking Bad, The Milagro Beanfield War (a Robert Redford Movie) and great NM film casts are coming, and visitors will be able to meet and mix with the actors and film crews. Ariela has an interest in Women in Design and has a creative interest that can encourage others.

Plus, Ariela has brought in several panels, and on that same day a panel of impressive women will be speaking on issues of diversity, women’s issues, and inspiring insights for the industry. The festival will feature numerous panels, four of which will be on Women’s Issues, Women Film Producers and related subjects. Ariela is bringing her unique talents and organizational skill to the table. Ariela has leadership skills that no doubt will make this Santa Fe Film Festival a time to meet, greet, see new creative works, party and network. Awards and financial support of $1,500,000 for individual works in festival competitions for film makers have been granted at past festivals. Movers and shakers will be there, and Ariela says, “If you need help or have questions, look up www.santafefilmfestival.com on line, or even call me.”  Number: 505-216-6063 or info@santafefilmfestival.com.

With these two power-house women and the great team they have gathered, the Santa Fe Film Festival promises to be an event you don’t want to miss. “People fly in from New York, Chicago, Los Angeles, Europe, Latin America and Canada, and you might be standing in a line and look over and see a Robert Redford,  Shirley MacClaine or Julia Roberts just beside you,” NaNi says.