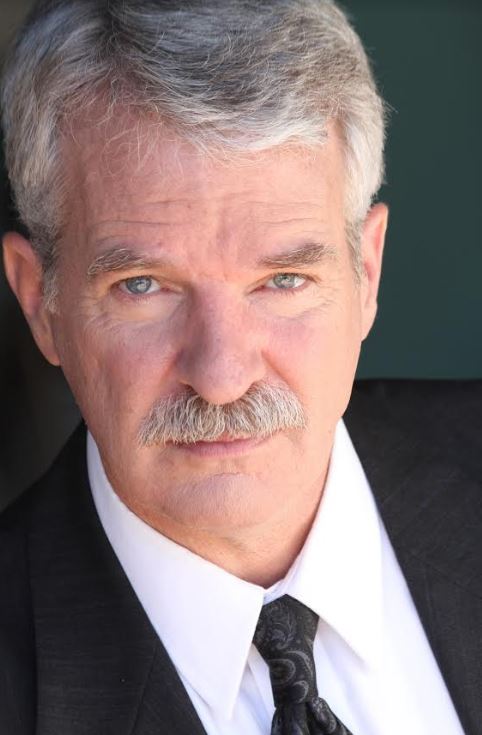 Tom Schuch, who can be seen on "set" as Einstein, is an important man with vision and influence in the film and movie industry. He was the president of SAG-AFTRA of New Mexico for 10 years and has been active in plays, stage productions, T.V. episodes, movies and more. He also is a man with a certain charm, a soft intelligent manner, and the type of guy you don't mind following.  In recent years, Tom Schuch started SPOLI PRODUCTIONS Int LLC, and purchased a written, one-man show. "I wanted a way to control my life and not just wait or hope for movie parts. So I created my own production and can book performances when and where I wish."  Tom Schuch is a smart man. 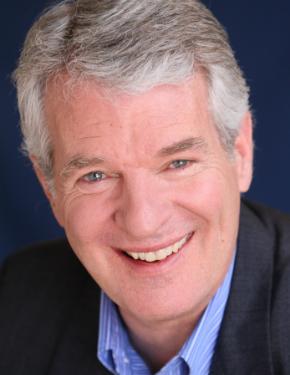 With the encouragement and help of friends such as Alan Arkin, (photo above), Tom Schuch  then spent six months designing a set, costume, and slowly with a lot of work and the help of friends created a one-man show, playing the part of Einstein. His Einstein is clever, brilliant, witty, has a generous nature, and plays an absent-minded humor that inspires and moves people. He has performed this now for 14 years, and it has become deeper, more complex. We are told that  audiences walk away from completed performances sometimes laughing, sometimes with tears in their eyes. The program is by all accounts good on many levels.

"I did this to take control of my life. Now, instead of being restless when I am between movies, I book this program, and it has taken me as far away as India," he said. Ben Boothe and Victor Wuamett, who interviewed Tom for BigSkyVoices you tube, were equally impressed with his style and his values. When asked about his goals and motivation he said:

"I want to perform my own material, create and perform in my own productions, in a way that moves people in a positive way."

Not bad coming from a talented member of the movie industry who shows quickly that he is head and shoulders above many in the industry who have become addicted to the hype or who rely upon "favors" to advance.  Schuch does well because of talent, not favors.  Manipulators and hype tend to "bind"  people without a strong set of ethical values.  As Red Skelton once said, "People with talent and determination will go to the top even if they have to scale walls or knock down the doors."  Indeed, we at BootheGlobalPerspectives have seen it again and again. True talent with values and devotion such at Tom Schuch is refreshing and proves that excellence floats to the top.

Tom Schuch stands out.  See the photo of him "on set" in Einstein costume and wig. At Big Sky Voices you tube, we are producing 30 video interviews of people who have ideas, ideals, goals, intelligence and a desire to make their art, their talent, beneficial to the world around them. Tom Schuch is one of those people with an important voice. 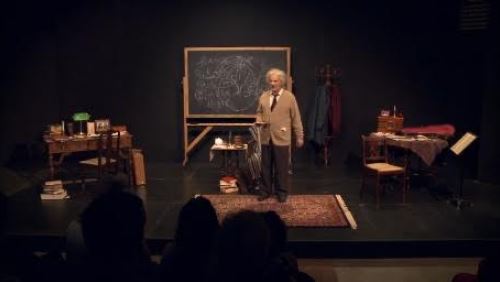 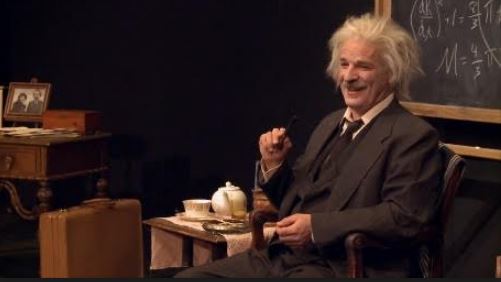 What is growing is the legacy of his "Einstein" monologue. It reminds me of the iconic Mark Twain program that Hal Holbrook, Jr. performed for decades before his recent retirement. Now not only film industry buffs and Einstein fans flock to Schuch's programs, but corporate groups are hiring him to do programs at their conventions and symposiums for corporate leaders. Their managers have to deal with issues of ethics, proficiency and how to keep integrity while trying to make their companies profitable. "Einstein" has advice and a positive messages on this. Who would have thought that Einstein, a physicist, could also be a motivator for executives? But think of it, Einstein, throughout his life, stood for his principles in the use of atomic power in the face of powerful opposition. The Einstein program makes the audience laugh and begin to "believe" that the Einstein on the stage is the real thing.

BootheGlobalPerspectives researched Tom's background. Interesting facts show that some of his ancestors may have come by way of Eastern or Central Europe, via Romania, Hungary, Germany, Austria and then eventually to the United States. Schuch often is known to mean "shoe" or a man who takes care of shoes. This tells us that in that family they were hard workers, determined and resilient. They had to be ambitious to make their way from troubled nations in Europe, past dictators, tyrants and leaders such as Hitler, to ultimately get to the USA.

Tom has worked with roles in "$5 A Day" with Christopher Walken, Sharon Stone and Peter Coyote. Others include;  "Manhattan", "The Night Shift", "In Plain Sight", "Longmire", "Wildfire", "Young and the Restless", "Blood (Thinner Than Water)" written and directed by Academy Award winner Alan Arkin. Arkin has worked with Tom Schuch and consulted with him on how to improve and perfect his roles, particularly the "Einstein" character, which has turned out to be in popular demand.  So over the last 30 years, Tom has paid his dues and we anticipate great things ahead for this multi-talented individual.

Keep an eye on Tom Schuch. This man is going places. No doubt the next two decades will see even greater things for him. That will be good for the movie industry and for a broader population who is blessed to witness his creativity.  If you wish to get in touch with him: