Addictions, Quality of Life and Meditations on Peace

American Quality of Life With Some Issues

I. THE WALMART EPIDEMIC:

What kind of shape are Americans in?  I did a subjective study in Walmart a few days ago.  For one  hour, I observed and visually evaluated every person who walked by.

These were my observations. 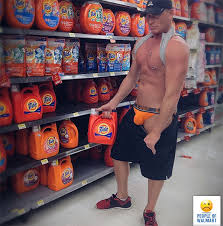 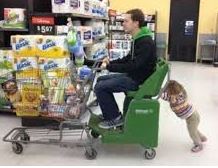 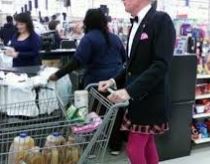 (Images in this article all sourced from public sources, we did not take any photographs for this article, but often source Google Images, or Getty Images, posted in a publicly available data base)

Five percent were clean, handsome, attractive people. Only 17 of the 342 were well dressed, looked well groomed or attractive. This included men and women. Just a few men were well groomed, had on clean or pressed shirts and trousers and “classy” clothing. A few more of the women were well dressed with a good appearance, nice hair and good-looking shoes -- dressed with taste. I got the impression that over all, the women seemed to make a greater effort to look better than the men.

Forty percent of the people were obese. I was surprised at this and remembered the national statistics that say that 30 percent of adults in America are obese. I didn’t believe it until the Walmart observation exercise. So many fat men and women, some so heavy they struggled to walk, many hanging on to their shopping carts for support. The men, particularly, were sad. Some could not keep their trousers up. Obesity has major health implications. It is well known that obesity causes dozens of health problems, including heart problems, higher cancer rates, knee and joint damage, diabetes, constant fatigue, and often death at earlier ages than the national average.

Twenty percent of those who walked by were aged, bent over, using walkers, canes, wheelchairs, or just struggling to walk with small steps. Many were using their shopping carts for support, as walkers. This group just suffered from surviving so long, many appeared 70 years or older.

Ten percent were young but horrible looking -- tattoos, filthy hair, bearded or half shaven, hair not combed, dirty, torn or worn clothes and shoes, earrings, nose rings -- they seemed either poverty stricken or they just didn’t care or couldn’t dress or clean themselves.

Five percent simply looked poor. This bunch seemed to have lost pride. They did not look at people directly; they were listless, seemed not to care.

Five percent looked ill, not old, but injured, damaged or crippled in some way.

Fifteen percent were in a mid zone. These people had clean clothes and were average in grooming. It simply looked like they didn’t want or care to look better. But they seemed healthy, not rich not poor, not beautiful, not ugly, not sick, not obese.  Just people who slipped on something very casual to go to Walmart and buy something inexpensive. Some of these people were very old and some young, but they represented a “non exceptional” category -- not bad, not great, either. They nailed the “average” nondescript look.

America faces a new epidemic of STDs, sexually transmitted diseases. Not just one, but an entire list of ugly, nasty, diseases that cause itching, burning, sores, loss of vision, and even death. STDs, I first thought, were a new, fast car model. But they are not a joke, they are serious public health problems stemming from our sexual habits and a general ignorance or disregard of basic health needs. This suggests that you should wash your hands (and everything else) often, and be careful and don't do the wrong things with the wrong people. No photo for these poor STD victims was appropriate. Just know that people, many of them young people, are dying. I thought this kind of epidemic happened in Africa or far-away, obscure or primitive nations. But it is an epidemic in the USA. Americans are making the same mistakes that primitive and uneducated people make.

America faces a new epidemic of home-made drugs. Just look at the list. Some of these drugs have toxic chemicals in them. All of the below list are home-made drugs, and some of the chemicals used to make them are toxic and deadly. 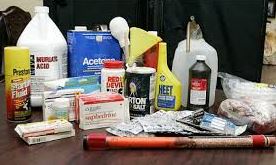 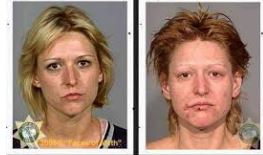 Before and after drugs. 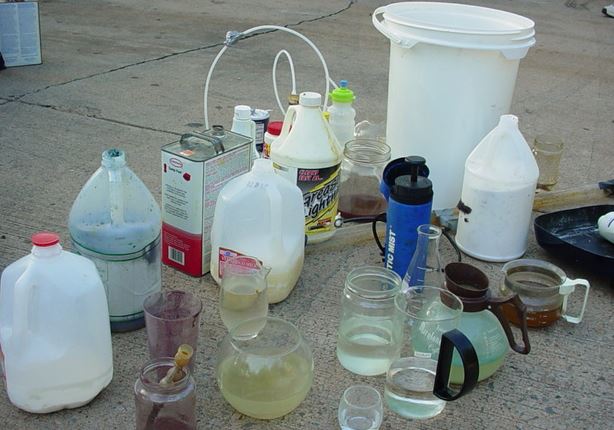 These are the 10 most popular drugs being made in thousands of homes across the USA. Just look at some of the chemicals that go into them and how deadly they can be:

Liquid ecstasy O(GHB or Gamma-Hydroxybutyrate), purple drank, Jenkin, or devil's weed (Datura stramonium) which is atrophine, crunk (mixture of soft drink, prescription pain killers and cough syrup). Sudafed crystal meth (causes teeth to rot and heart failure. It is made in "meth Labs" in homes, which sometimes explode because of the fumes).  Cheese heroin (a combination of of heroin and cold medicine such as Tylenol PM), is very addictive and can cause death. Paco, a mixture of cocaine, often mixed with sulphuric acid, kerosene, rat poison and crushed glass. It causes stomach bleeding and incredible pain and permanent stomach damage. Whoonga, is heroin or crystal meth mixed with rat poison and detergents and sometimes results in instant death. Krokodil, K2 mixed with bath salt, codine, iodine, hydrocholric acid, paint thinner and red phosphorus. It causes psychotic behavior, and the body tissue and bone marrow begins to rot from the inside out.

Now with the epidemic of home-made drugs sweeping the country, there is another, related epidemic. Crime.

Crime rates are increasing. Police officials tell us that in some cases robbery, car theft,  home invasions and kidnapping are directly related to drug habits. People rob to get the money to pay for the drugs or supplies to make them. I have spoken to officials and read public reports from cities that say that the crime epidemic is driven by the drug epidemic. Crime is such in many towns and cities that they cannot afford to hire enough police officers, and so many police departments report that they cannot even respond to all of the calls they get. Below is a sampling that represents the rising crime rate in the USA from a government survey.

V. THE ADDICTION TO ELECTRONICS:

An hour in a Walmart just looking at our fellow citizens is not encouraging. A majority of the young people in Walmart were using their cell phones. The businessmen had their "smart watches."  So I determined to try a similar study at an airport. The population was different, and people were walking or running so fast there was no way I could count them. But at Dallas Love Field, at 6 a.m., the corridors were crammed with people walking or running to catch flights, and more than 70 percent of them were holding a cell phone, electronic tablet or some other contraption. Many were talking to their machines. Some were sitting, charging and typing or talking on their computers. I mentioned this to my 94-year-old mother, and she said, “Yes, they are all talking and none of them have anything to say.” 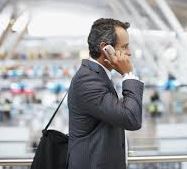 She hit that nail on the head, as I overheard bits and pieces of conversations as people rushed by. There is no doubt that our technological toys have distracted large segments of the population with opportunities for shallow communication and even less opportunity for deep meditation or reflection. But worse than that, computers have become so good, with so many "hooks" of music, entertainment, global communication, that many of us spend hours each day in front of a computer screen. Turn them all off, and listen to your children scream. They go into a frenzy without their electronic phones, games and computers. It might be a good thing for all of us to have one day a week of "internet fasting."

Those in the airports seemed to be a more affluent and vibrant demographic slice of America. Eeven the older ones in suits seemed in better shape. Perhaps those who can afford to rush off for a flight, be they young college kids or mature businessmen, are probably more educated, better paid, healthier and more vibrant than the average slice of America in a discount retail store. The older ones in wheel chairs were better dressed than the elderly in Walmart. I noticed lines of people in wheelchairs parked up near the departure gates for early boarding, many of them with cell phones at their ears. Some of them stepped out of the wheelchairs when they got to the entrance door to the airplane, and a surprising number of those who needed a wheelchair to get to the front of the line to board seemed to walk down the airplane aisles just fine, once in the plane. I suppose the joy of getting on in front of many others made them feel better. Medical science might want to consider this as a new therapy for some.

Whether they got out of a wheelchair or were businessmen with $1,000 Brooks Brothers suits, most are relegated to sit in seats that have become narrower and narrower -- so tight that many people have trouble grabbing the seat belts because they are so tightly crowded in the narrow design of the seats.

Can you imagine how a big and wide person must feel tightly crammed into a seat four inches narrower than his body size? One day soon, American passengers will surely revolt and demand real body-sized, comfortable seats to justify the air fares they pay. A hard, wooden bench seat would be more comfortable than these 22-inch airplane seats designed to get more passengers per flight on every airplane. No doubt this is uncomfortable, causes conflict, increases tension, and may be bad for health. Certainly crowding so many into tight spaces is a danger if the plane needs emergency deboarding.

More and more I tend to opt for other alternatives.

Forget the Walmart stores and forget the airports. Escape the crime, avoid the druggies, forget those who tempt that might have STDs. Turn off your cell phone and computer.  TAKE A BREAK FROM IT ALL.

Walk away from all of these problems. Get out of town; head for the country. How about  a visit to some little two-lane road that leads to a country café, such as The Black Bird Saloon in Los Cerrillos, New Mexico. In the “near ghost town,” pull up a wooden rocking chair on the front porch and eat a portabella mushroom sandwich with a cold amber beer.

Forget STDs, drugs, and crime. Forget rushing to catch a plane so you can rush to rent a car, to rush to find a hotel, to rush and find a beach or shopping center.

Just slow down. In that little country cafe, have a piece of home-made apple pie, warmed up just enough to melt the vanilla scoop of ice cream atop it. Sit in the rocking chair and watch the sun set and the evening star rise from the front porch. Feel the gentle breeze at twilight kiss your cheek.

“Breath in …. breath out.”  It is the first meditation.