I had a yearning to go to Houston, and headed that direction. My wife said, “You’ll get yourself drowned,” but I kept being drawn and wanted to help. It occurred to me that my little canoe wasn’t going to be much help, but still I could write and reflect. Truthfully, I didn't manage to get to slog through the water and rescue anyone. Too much water, traffic and confusion. Most of what I saw was on the TV and news, but I felt like I was there slogging through the water. My first surprise was when I got to a small town 40 miles west of Fort Worth, and they said they were out of regular gas. They later sold me some premium gas for $3.50 per gallon. As I got 50 miles southeast of Dallas, more and more gas stations had “out of gas” taped to the pumps. We saw a lot of people driving to the north. I heard on the news that 10,000+ Houstonians were staying in Dallas and 4,000 in Fort Worth. The local Dairy Queens were packed with people stopping to eat on their way north.

The people looked tired, strained, and all had a story to tell. They were in stained and dirty Levis, but their faces were not covered with despair. They looked determined. A woman with her baby were rescued and they simply seemed at peace. 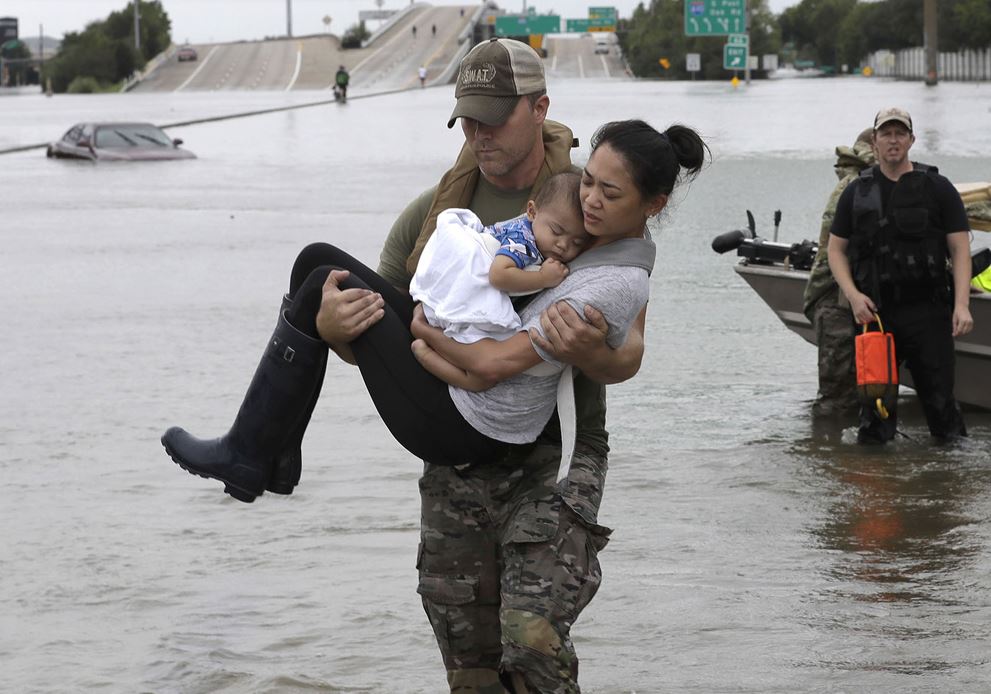 But with the excitement, fear and heroism, there were lingering fears. As the waters go down, concerns are rising. Promises from politicians of funding and help are quickly spoken but often take years to realize. Houstonians have a long and grinding road ahead.

Imagine walking into your house, with your furniture, carpets and walls soaked with polluted water and facing the task of having to strip everything from your house, then clean and sterilize what you can. Then you must break out sheet rock, pull soaked wall insulation out and throw away drapes, mattresses, sheets, divans, TV’s ... everything. All the while you're hoping insurance will cover you, but knowing that if it covers much it will not cover everything. Plus, without electricity and water, you can’t really stay and protect what valuables are there. Crime is spreading. People now are walking the streets and just stealing what they want to reach for and run with. Not a good idea in Houston where many homeowners have guns.

What do you do with your car that has been underwater for days?  How do you get around? How do you wash and dry clothes and cook meals and take a bath?  How long can you stay in a hotel or RV or the back seat of your car?

The heroism of the “Texas Navy” and a thousand volunteer Texans with boats who came to help was great. But now there is a shortage of labor. Much of the laboring class, mainly Hispanic, is fearful of arrest, and many of the workers have long gone back to Mexico. There aren’t enough people to help you carry all of your ruined possessions to the front yard. Con artists and contractors are going door to door passing out cards and asking for "deposits." Statistics from Katrina say that about 18 percent of them are fraudulent companies.

Snakes, mosquitoes, chemically polluted water, gators and exhausted family members -- that is the reality of Houston.

"I can't stay in my house, and I cannot afford not to," one man grumbled.

Of the 1 million Houstonians left without a house, some 500,000 of those independent “we don’t believe in government hand-outs” homeowners have already applied for government financial aid.  The politicians from Houston who yelled, “no government money!” when Katrina hit, are now calling for 196 BILLION DOLLARS, to be allocated by the U.S. government to Houston and the coast.  So much for Trump's Billions for the Wall. Indeed, there may be an effort to encourage Mexicans to come to Houston to help rebuild the city. Many homeowners will discover that flood insurance isn’t very good these days, and the hope of those billions coming from D.C. may take some time. Houston will rebuild, but it will take time, sweat and patience. Many people will decide to move to higher ground, even as our history books tell of early Texans complaining that Houston was too hot, humid, wet and swampy. They moved the Texas capital to Austin. Sadly, the new laws for emergency funds to rebuild infrastructure with federal funds just went into in effect and disallows government spending on infrastructure that will be inches or feet higher. In other words, government money must build the roads and buildings that flooded at the same level that they were before the flood, instead of increasing it to an above-flood-level elevation as Obama legislation had required. Trump had Obama’s law done away with, so no doubt Houston will flood again, and again.

There was a young man with a boat working tirelessly, rescuing people, and I found out that his name was White. 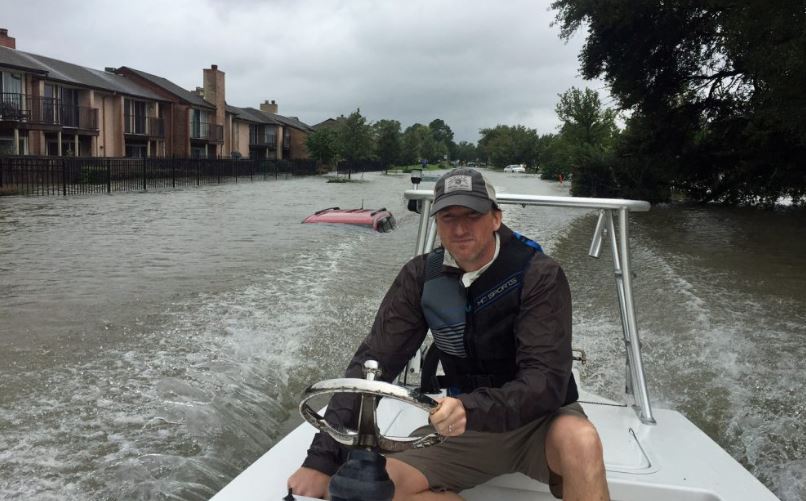 He was the son of my old friend Mark White, who had been governor of Texas.  Mark died a few weeks ago, but I know he would have been so proud of his son, out there helping people. There were stories of the family that found an alligator in their bedroom. Someone stepped on a live electrical wire while trying to find a pet and was electrocuted. Another family had their vehicle washed away with four children trapped inside. A policeman’s car was washed underwater, and when he was found he was still sitting at the wheel. Sadly he died while hoping his underwater car would be found. So many stories. Churches that freely opened their doors, and others that locked their doors. People who brought food, water, popsicles and free tickets to sporting events … if recipients could get past the water to the events. As a businessman, I listened when someone said, “Move to Houston; bring some work crews; you can make a million by helping rebuild.” And some will make millions. Others will try to repair their lives, and it may take years to recover.

We can only respond with compassion and care and try to encourage.  Mother nature is becoming more violent and extreme, as climate change science has predicted. One must wonder, how many disasters like this one can our nation tolerate before we become serious about environmental issues. Plus, times like this remind us why we have a federal government. It is there to help the people in times of need and crisis. A lot of Americans had become so hateful toward government, they forgot how all of those FEMA, military, law enforcement, and government agencies were there to help in times of crisis. We could have done without the politicians flying into Houston to “showboat” about “what a great crowd” turned out as if it were a Fourth of July celebration. Or those politicians who promised that they would get government money to help Houstonians. 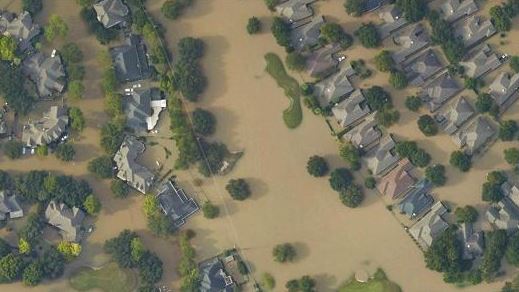 I wonder how many of the 800,000 “dream children” who we may be about to kick out of our country were out there helping rescue people in trouble. No doubt there were many, because they love America.

We will prevail as a nation. Americans are by nature good-hearted people. Texans especially, good-hearted and resilient. God bless you all. We are with you in spirit. Even if some us still have a dry canoe.