While in West Texas last week, I met an interesting judge. He was the county judge.  He impressed me as a competent and intelligent man, a man of  integrity.  I asked: "How does it feel to be the county judge? That must feel great to achieve the position, because you are an important man to this area." His answer was elegant and pure. "I have to be humble. The more powerful your position, the more humble you should be."

The more powerful a man's position, the more humble he should be, to be a true leader.

That sentence rolled over in my mind repeatedly as I drove back home.

Then I realized something that is connected to his philosophy. That may be why it is less pleasant to watch the news these days. I just don't like the hubris, the prideful, self-centered arrogance of the man trying to run our government in Washington, D. C.  Regardless of his politics, his pushy, prideful, self-centered style is offensive. He is a brash, the son of wealth from a New York millionaire. He is just as rude, angry and self-centered as the NY taxi drivers.

Person after person has said to me, "I don't watch the news anymore," or, "The news just upsets me these days." The nation seems to have been pushed to more conflict, hostility and violence of late. Why? People are normally pleased to be proud of their leaders. Your favorite leader may be a mayor who leads his city to hospitality, security, prosperity and cultural diversity. But he always maintains a quiet humility. Your leader of choice may be a governor who symbolizes the tradition, 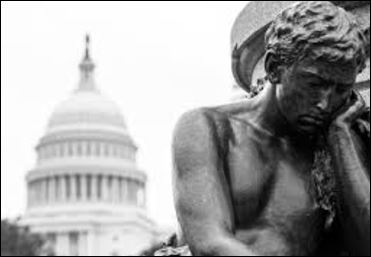 history, and culture of his state. A governor helps people to be proud of their state, and when he or she does or says something charming or intelligent, it seems that everyone in the state is enhanced. But a governor who is a true leader also maintains a dignified humility and honesty when dealing with people.

One of the most humble and honest men I have ever known was a banker in the Texas panhandle town of Tulia. He was a financial success. He was a good man with high morals. He would never lie or exaggerate truth.  He was the most powerful person in his town. Yet, when he spoke to people, it was with a soft voice, a quiet, humble voice of strength. He told me,

"Humility empowers those you are with and they then empower you because of the respect you have given to them."

The Ancient Greeks believed that kings were endangered by hubris. Hubris was an invitation from the goddess of vengeance called Nemesis.

Hubris seems to be demonstrated on the news in the USA daily. It is an embarrassment. It diminishes Americans. It ignores ethical norms; it enables decisions which hurt the poor; the sick, those who come from "different" socio-economic, religious and ethnic backgrounds. It seems to "run over" people and is devoid of compassion. It insults political and religious opinions of others. Hubris does not tell the truth. 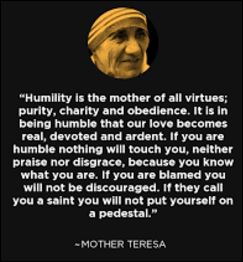 Unlike the leader who makes decisions to encourage, help, build up, protect, inspire, promote happiness and mutual respect, that purveyor of hubris makes decisions in ways that diminish people -- decisions that hurt schools, cities, families. Decisions that divide and create walls rather than accepting a philosophy that we are all humans. We as human beings have far more in common than we often realize.

When I was a child, I insulted a kid playing in our yard because he had an old bike. My dad said, "Son, we all get up in the mornings and put our trousers on the same way. Never be haughty with others. It makes you smaller."  That kid was saddened, and I had to take steps to win back his friendship. He became my best friend and grew up to be a respected leader in his community. I learned that hubris was a harmful, destructive characteristic.

When we humbly, honestly, respectfully work together, cooperating as civilized peoples, we achieve far more peace and prosperity. I have visited, worked and consulted in many nations. I have found the wonder and beauty of people throughout the globe. Mark Twain said, "It is hard to be a bigot if you travel the world."  People who travel the world learn it is foolish to judge others or be bigoted about other opinions, cultures or religions. World travel teaches us respect for diversity.  It also teaches humility. I learned a "brotherhood of mankind" by traveling and meeting those "other people."

Holding hands and sharing mutual ideas and ideals will often lead to unity. It empowers creative construction, not divisive destruction. 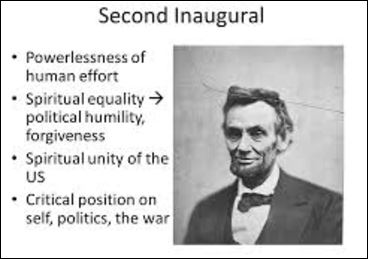 My sixth book suggested that we are all "flowers facing the sun," and regardless of species, color or differences, we are all seeking to follow the light. Light being the enlightenment of understanding humanity and greater truths of how to try to live a life that brings good things to others.

There has been little "light" from the news and events coming out of our White House. No humility. Little respect for others. Only self-centered darkness of hubris. The hubris darkness has dulled the light. Ironic that it comes from a place we call the "White House" and a capital building that has a statue of a woman holding a flame of "light" atop it. 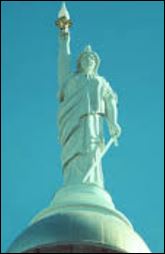 Hubris tends to divide, to suggest superiority, to cause suspicion and hostility. To create conflict.

I am thankful for that county judge, saying what he did. It gave me hope, that someday in the future we will learn as a people to elect leaders who can share "light" and demonstrate humility.

Wouldn't it be nice to see "decorum, class, respect, honesty and humility" from leaders on our newscasts!

How many of the seven sins do your political leaders commit? 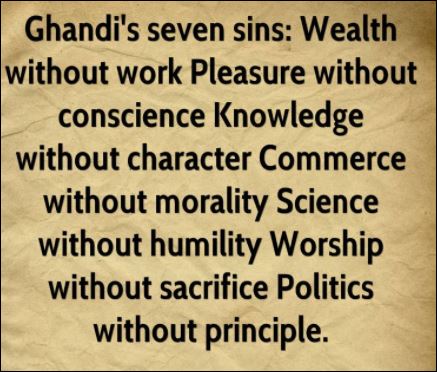