Remember the game “MONOPOLY,” and how the winners typically were the ones who could buy real

estate and then make money charging rents to others? The idea of buying real estate early and often is still a good way to create wealth. 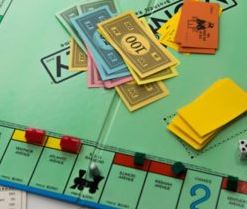 When I was 24 years old, I had a wife and child, and my father suggested that it was time for me to buy a house. There was a program then, called FHA-235, which held that if you could put $200 down and had a good credit report, the program would finance a new home on a 30-year mortgage. I bought a brand new home for $18,000. It had 1,800 square feet of air conditioned living area, and we were so proud. It was the beginning of a learning experience about how to grow a financial statement that has lasted a lifetime. That was in 1974. We bought that home for $10 per square foot. Today, that home will appraise for at least $65 per square foot, or about $117,000. It went up in value almost $100,000, an average of $2,325 per year for 43 years.

But we didn’t keep the house that long. We kept it for 3 years. We planted trees, with sweat and energy put in a yard, a fence and made it better. We sold it for a profit of $18,000.

With the $18,000 we put down a little, and purchased a large 3,500-square-foot home that needed fixing up. We bought that home for $17 per square foot and worked side by side painting, upgrading and renovating it. We also bought two older houses on borrowed money, used the cash and fixed them up, kept them as rent houses. We then sold the big house and two rent houses and walked away with $52,000 cash profits in 30 months. Then I bought a farm with OPM (other people's money) and deeply enjoyed watching wheat and milo crops grow on "my farm." We took the $52,000 cash from the sale of those houses, combined it with OPM and purchased 10 mobile homes and two more old junker houses. We fixed them all up, and after three years sold them and had almost $90,000 profit. That profit was not OPM, it was our money!  And to think I started with almost zero and was on my way financially! 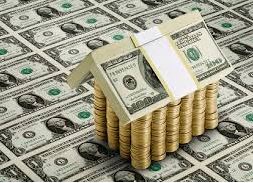 “This illustrates it. Buy the biggest and best house you can afford when you are young; it is a path to wealth in the United States.”

I asked him why. “Because two or three things are working for you," he said. Then he itemized these three ideas:

1. Time is in your favor. Make good solid investments when you are young and time will help you become wealthy.

2. Inflation is in your favor. As properties go up in value, that enhances your wealth.

3. Financing is in your favor. Many lenders consider houses or rental properties low risk, and so you can often buy these properties for little cash down. "Use OPM," he said. "What is that?" I asked. "Use other people's money. Borrow it, barter it, but get wealthy by leveraging with OPM," he said, smiling.

He then told me something I had never considered. "Think about this: Bankers grow rich by using OPM, the stock market, going public, uses OPM. If you think about it, that is what a "deposit" or "savings account" in a bank is, we simply invest it and make money on OPM. But if you use OPM in real estate, you can grow wealth for yourself."

His advice of 45 years ago is still good advice today. I was willing to work hard, and so I worked as a bank VP,  later a bank president in the daytime, but when I got off of work, I put on work clothes and spent time painting, repairing and remodeling old houses. I invested my labor and sweat, but paid for the properties with OPM. By the time I was 34, I already had a $100,000 line of credit at my bank (OPM), and was well on my way to hit that goal to make a million dollars (my money)  in 10 years. By the time I was 40, I hit my mark and decided to see if I could make it to $2 million in the next 10 years. But it was easier to make the second million. The "second" didn’t take me that long. At one time, I had loans of $800,000 but assets of almost $3 million and remember every month I was making interest payments of $50,000. But I was building value, most of it was made through good investments in real estate. As an appraiser, Appraisals and Property Values we see wealth accumulation in real estate constantly and know this is true by experience and by the numbers. Of my 4,000 clients coast to coast, some of the wealthiest have made it in real estate, using OPM and working hard with each project. Don't get me wrong, there were setbacks -- recessions and investments that went wrong along the way. But the concept of the using real estate investment to build wealth is valid. It works if you work.

I saw an article by Emmie Martin with CNBC that confirms how good a house/home investment can be in today’s economy. I will quote a part of her excellent article in “MAKE IT.”

Not only is inflation and time working in favor of those who invest in houses, but home values are going up FASTER THAN INFLATION, and that offsets your cost of borrowed money and increases the profit potential. In 2016, home prices rose twice as fast as inflation, plus housing prices rose faster than wage growth. That means more profit for you as a home investor.

Of course, there will be cycles, recessions along the way, but we are speaking of stable, long-term investments. If you work hard, time your purchases and sales correctly, it is one of the best paths to wealth.

David Bach, a self-made millionaire, said: “Buying a home is an escalator to wealth”.

You can ride the escalator and let inflation and time lift you up, or you can try to simply earn your way up, but it seems to be slower and harder to achieve. In my life, I always thought I could live a good life on a salary, but anything extra required extra work, my choice was real estate investments. Imagine a farmer, planting and harvesting his crops with a mule, vs another farmer using a modern tractor. Of course the tractor is a tool to increase potential. Real estate investments, especially those that can convert to income producing property (rent), are your tool to wealth enhancement.

David Bach also says: “The average homeowner is 38 times wealthier than a renter.”

So why spend, say $1,500 per month, renting a place for 30 years ($540,000) owning nothing at the end when you could have a home paid for that may have a worth of near $900,000 in the same time.  The same goes with a commercial or retail office. Why pay rent for decades when the same dollars will buy the building for you?

I am now 69.  My most recent home has 4,300 square feet of area. So if I ever retire, my investment will still be making me and my family money. After my wife and I purchased it, we worked hard and remodeled the place. The value increased significantly because of our "sweat investment" and we enjoyed the challenge and hard work.  So let’s say we keep the place 10 years, and values in our area increase by only  3 percent per year. That means our place will go up in value another $120,000 just because of inflation, but the remodeling we did has already increased the value. We estimate that we will have a long-term capital gain on the property of at least $385,000. Not bad, and we own it, live in it, and enjoy the place. There are other advantages:

Now if you do this one time, you can do as I did, replicate it by buying many homes. After you have done it once you already have learned the basics, so do it again and again. Ride that escalator to the next level. No doubt it is a freeway to wealth. My best wishes and good fortune to you as you "ride the escalator." By the way, if you need a commercial real estate appraisal along the way, remember me,  Ben Boothe.