New Oil and Gas Drilling on the way? Lots of smoke, is there fire? Some hopeful logic.

There are some indications that oil and gas companies are planning and ramping up for increased drilling activity in Texas and New Mexico. When EXXON paid $5.2 Billion dollars for oil and gas leases, many in the Carlsbad, NM area, some figured the big boys are getting ready to drill. Then another contract was signed for $1 billion + for another group of drilling rights.  If you speak to oil men in Hobbs, Clovis, Carlsbad, and other oil patches of the Permian Basin, you will find people hiring, buying equipment and preparing for activity.

BootheGlobalPerspectives checked with Baker and Hughes and the data out of the Permian Basin and made several calls to interview experts. Part of this appears to be substantial and real. We spoke to suppliers and service providers who said that they have had recent calls from the oil and gas industry to "get ready for increased activity."  Also we have spoken to oil drillers and investors from Texas to New Mexico and found that they, too, anticipate more activity. We recently saw reports of a new pipeline and processing company that is starting a new "hub" in Carlsbad, New Mexico, "to deal with increased demand and better serve our customers" according to the company's news release.

The Carlsbad Chamber of Commerce gave an overview of what and how they attract new industry:  "State incentives are available based on industry and employee type, as well as local incentives like no municipal impact fees and Industrial Revenue Bonds (IRBs). Carlsbad continues its unprecedented market growth, as both industrial and retail sectors are expanding. Carlsbad, in Eddy County, has been leading oil production in the state of New Mexico for three years, and Eddy County continues to rank high in the nation for oil production."

But if you go to statistics on future oil and gas, there is not much evidence to help foresee the future. The past is easier. For example, note the drilling rigs from 2016 to 2017 (12 months).  For the past 12 months there were nine more new rigs in the USA vs 88 in Canada. Why has Canada seen nine times the new rigs go up than the USA in the last 12 months?

But that is the past.

Part of what we hear is anecdotal, perhaps wishful thinking. For example, I heard a repeated line: "Donald Trump is set up for war, he will conquer our enemies, and as we engage into his new conflicts we will see more demand for energy." It is a fact that Trump has loaded his cabinet with more military generals than any president of recollected history. Whether fact or fiction, many oil and gas service and supply companies are getting ready for expansion.

An attorney in New Mexico who wanted to stay anonymous told us that he believes Trump will have us in another war "within 60 days of the inauguration."

I must, as an economic consultant, wonder where we will get the budget to fund yet another war, especially when Republicans swear that they can't abide, nor will allow, any more deficit spending. No doubt they will make an exception for war. But perhaps the money that will come from increased oil and gas production, tax revenues therefrom, will be created by the demands of war. If indeed the oil and gas lobby doesn't get more tax deductions put into law under Trump and Perry.

Part of the logic repeated in the country clubs of Texas and New Mexico goes like this:  "Trump put our man, former Texas Governor Rick Perry, in the secretary of energy chair." The oil men of the USA hated the Obama Administration because they found it harder to get permits, saw many of their tax deductions threatened and seemed to believe that Obama was trying to encourage use of "renewable energy" -- solar, wind and hydroelectric, in the USA.

"Rick Perry never was the brightest bulb on the Christmas tree, but he did support oil and gas so we love him" a millionaire Texas oil man told BootheGlobalPerspectives. 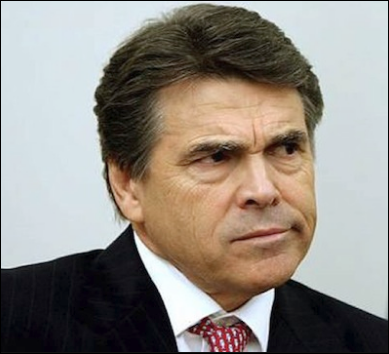 The oil and gas men believe that Perry will try to eliminate regulations and standards on oil and fracking, loosen up safety standards and pull back environmental standards. Perhaps he'll eliminate the distance spacing of frack wells to other wells, or to private homes, or to drinking water well supplies. For reasons like this, oil and gas executives are enthusiastic about "ramping up" new drilling and production activities. Having a "friend" in D.C. as secretary of energy certainly will help oil and gas to do more without those "pesky" regulations (that were passed to protect consumers by states, Federal Agencies  and the US Senate and Congress under Obama).

Now if we look at international supply and demand, we do not seem to get a clear signal. Some industry experts believe we have a glut of oil supply, others seem to think that demand and ordinary population growth will demand expansion of drilling and higher prices. But of course, the trauma and uncertainty of war would no doubt have an impact on oil prices.

We have learned in the past that the power wielded by big oil and gas business has much influence on this world. Much of that power is centered in Texas, some of it in New Mexico. Oil and gas is big business in California, Kansas, Oklahoma, Pennsylvania and other spots. That power seems to believe in more production.  No doubt, nations and states that produce more energy than they consume have great power for economic expansion. One thing is certain. For the first time in decades, the USA produces more oil and gas than it consumes. Bush began this trend, and under Obama, finally became energy independent as a nation for the first time in decades. No doubt, that 5 percent of our energy that is produced by wind and solar will gradually increase, and hopefully by the time we deplete our carbon-based resources, we will have a substantial increase in wind, solar and other alternative energies to keep the USA strong.

But in the meantime, as Boone Pickens says, let's watch with care and see what the Trump team does. No doubt, hundreds of oil and gas companies want to expand and employ more people. No doubt the oil patch towns will see their towns flourish with increased oil and gas production, more jobs, and new flows of cash which will flow into their town coffers.

Our prediction is that we will see an upsurge in oil and gas production in the USA, if the inputs we are hearing are true. Let's hope that more prosperity does not come at the price of more war. I see a time when the president of the USA must be wished success by all Americans, because if he fails our nation, the American people will suffer and pay the bills.

These are hard and difficult times. But when push comes to shove, we at Global Perspectives must hope that more jobs and stability are created by new drilling and production of oil and gas. We hope and strive for the peace and prosperity of the American people.