This remarkable book proves the adage, that often truth can best be told as a novel.

David de Vaux, hails from Australia, but has worked in five nations, and I met him while he was working on this book, at a log home he built in the Sangre De Christo Mountains, of New Mexico.  He is a brilliant and charming person.  The book is a blending of wit, research, drama, humor, and tragedy that is exceptional in both style, content and research.  David de Vaux writes beautifully, with complexity that allows the reader to think, and then enriches his stories with sub layers of intrigue. His writing reminded me of Steinbeck or Hemmingway, with so much detail, erudite and engaging and respectful of the reader’s ability to see the ques and hints of deeper layers.  Indeed, when I finished this book, I had a desire to hear more about the characters and their exploits. When David de Vaux told me that he would be doing a sequel I determined that it would be on the top of my reading list.

The book is set, in a remote jungle setting, that is a writer’s retreat in Timor. The colorful neighbors and global literary jet setters who come in and out of this time and space create a fascinating collage of characters.  The hero, Tom Pryce-Bowyer returns to his cabin in the jungle as a place to concentrate on his writing, but he runs head on into secrets and reports of recent atrocities in East Timor. He also has an almost mythical guardian, the 6 foot tall bird...but more on that in a moment.

Woven into this complex tale is a well  researched factual documentation of an American General’s support of a dictatorial regime set upon killing and forcing submission of local tribal peoples.  Their motive is greed and exploitation of the rich natural resources in Timor.

The story is allegorical, with a giant jungle bird, 6-foot-tall who represents the dignity and sense of nature. This ancient bird becomes “nature’s conscience” and seems to be a ‘king’ of the jungle, of nature and of deeper truths of ecology and environment.  In truth, in Timor hundreds of thousands of native people were killed, as their lands were taken, exploited and used to enrich a few despots and criminals. The “hero” Tom Pryce-Bowyer finds himself face to face with an American General on a mission to keep the facts underground.  The hero and his crew of brilliant international friends, lures the General to their jungle retreat for a tense confrontation. Righteous indignation vs institutional intolerance creates a lively scene, with this American general who was a supplier of money, guns and equipment to enable or support an evil regime.

When the General is named to be a high-ranking cabinet member of an incoming president, of the USA the hero of the book sets out to put together a coalition to inform the United States of the atrocities that took place, with American dollars, unbeknownst to American taxpayers.

The novel chronicles in vivid detail the atrocity of corrupt government troops going into a remote jungle farm village, roping and laying the inhabitants on a field and crushing them with a heavy Caterpillar as it digs trenches to bury them. Horrible imagery but documented fact.  Although the actual number is unknown, the United Nations estimated that from 700,000 to over 3,000,000 innocent civilians may have been killed in Timor, from 1989 to the year 2008.

The book also has a romantic sub plot of the hero (a successful ghost writer) and a talented journalist/photographer. They bring international flair to the story, as the two jet around the world adding spice to their romantic affair.  The scenes of this book beg for conversion to a screenplay an movie, as this story has all of the essential elements.

This was a satisfying, “can’t put it down” book of love, adventure, conflict and one of the best and most colorful and creative bit of writing that I have seen in a long time. David de Vaux has mastered a mix of documented facts woven into an engaging read.  I recommend that you remember David de Vaux, he is extraordinary. No doubt we will be hearing more from his brilliant pen. 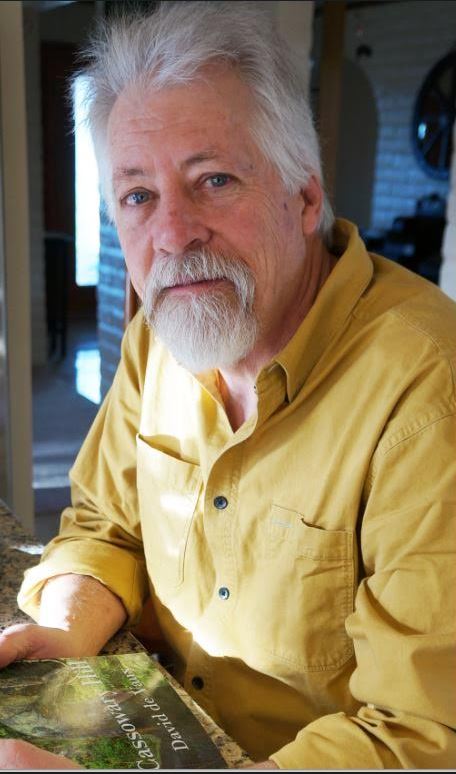