CELEBRATE THE VICTORY OF THE USA OVER TERRORISM

THE GREAT VICTORIES OF THE USA AND OTHER NATIONS OVER TERRORISM 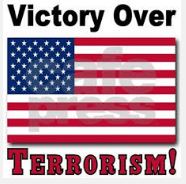 Let’s put this matter of terrorism in perspective. We at BootheGlobalPerspectives are seeing more and brighter victories for nations of peace and joy. History teaches us how terrorists and terrorist movements end up.

#1. In the history of the USA, and the world, there have always been trouble makers, anarchists, terrorists, malcontents, criminals with motives to destroy civilization and the success of  civilized nations.

Take a look: Our first battle with Islamic fundamentalists created a conflict in Tripoli. Thomas Jefferson tried to deal with them and found they wanted money but initially used religion as their argument.  Jefferson obtained a copy of the Quo-ran, mastered it and tried using ethical arguments from their Holy Book. But holy ethics is not what they wanted. The Barbary States were pirates who seized American merchant ships and held American crewmen for ransom. U.S. President Thomas Jefferson refused to pay the tribute. Yusuf Karamanli, the Pasha of Tripoli, demanded $225,000 and then cut down the American Flag at the U.S. consulate.  American ships were joined by Swedish ships, soon after the U.S. schooner Enterprise defeated the 14-gun Tripolitan corsair Tripoli on August 1, 1801. Eight Marines and 500 mercenaries (from Greece, Arabia and the region) marched across the desert from Alexandria, Egypt, and captured the Tripolitan city of Derna, raising the U.S. flag in victory.  After this the U.S. secured the return of hostages and the end of the war.  This slow and steady resolve has served the USA and other nations well in grinding down terrorists and international criminal movements.

Some other battles of terror against civilization:

#2. Our nation, because of freedom of the press, has freely given all people, good and bad exposure.

#3. In the grand perspective, the overall view, history teaches that again and again, the freedoms of the USA, the dynamics of the economic system, the essence and foundation of balanced religious thought with an emphasis on ethics, integrity and goodness has won the day for the USA. Perhaps similar values can help other nations to find victory.

The specific acts of violence and mischief over the past few years are merely mosquito bites that have largely been swatted away by the USA, Britain, Germany, France and other established nations. Look at the millions who gather freely and safely to celebrate in the USA and other places. 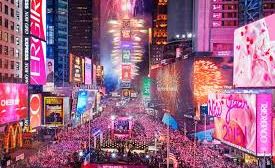 As I write this, I sit in Dallas, Texas, looking out of the window of a Starbucks.  Today the city is refreshed by cool weather, Oktoberfest and Halloween are already being celebrated. The Dallas Cowboys are playing today, and in addition to the huge crowd at Cowboy Stadium there are hundreds of thousands who are having backyard parties to watch and celebrate the joy of sports. 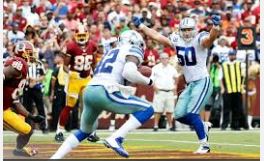 Freeways are crowded with people rushing to spend money, earn good livings or be with friends and family.

Looking around from the window seat of this Starbucks, I see people walking and laughing on the sidewalks, restaurants filled with laughing people, as young couples walk the sidewalks holding hands. Joy and romance flourishes.  High school and college kids (male and female) ride their bicycles, older couples walk their dogs, and we see a society that is confident, prosperous, happy and living as a peaceful nation.  Other nations have come to celebrate their victories against terror, too! 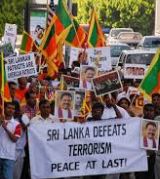 Americans are a victorious people. The U.S.A. has won the battles of terrorism, criminals and murderers again and again. Wars brought on by religious and political fanatics seem to be led by pathetic losers who can only gain attention by destruction or death. They continue to lose as they have for centuries. Fighting radicals is nothing new to this nation or civilized peoples in our world.  Sadly, some nations lack the political leadership or political will to throw off the yoke of despots who profit from terror and violence.  There will always be losers and unhappy campers, there is no end to losers on Earth, but the victory of spirit, energy, integrity and happiness belongs to the essentially good nations on earth.

The “Wanna Be’s” who would want the blessings that our nation affords have a distorted idea that they must destroy it, continue to destroy themselves.  We note studies that show that 82 percent of the deaths caused by Islamic terrorists are perpetrated on their brother Muslims.

Often the violent, destructive ones are sad, desperate, pathetically reaching out in the same manner little children do. When a child needs attention, it often breaks things, throws things, throws tantrums.  Those children ultimately know that they will get attention, but it will be painful punishment for their childish acts of destruction.  Mature young people grow to learn ways to gain attention -- by outstanding service, helping humanity, finding ways to make this world peaceful and prosperous.

Peaceful and Prosperous Nations. Hmmmmmm, think of this.  Most people on Earth want similar things.

Sadly, what we have seen come out of the Middle East, as promulgated by a few imbalanced radicals, has been a distorted view of civilization, a misunderstanding of the highest and best that religion offers, and a misuse of politics making it a rule of destruction, not a rule of progress, peace, respect and tolerance.

Yet, loving, thoughtful people are teaching youth the importance of love, taking the initiative and the future away from terrorists. 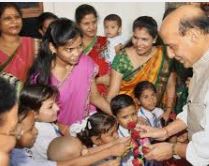 Yes, the war on terror has long been won if virtue, generosity and values of helping humanity count.  Max Boot,  a Senior Fellow at the Council on Foreign Relations and the author of "Invisible Armies; An Epic History of Guerrilla Warfare from Ancient Times to the Present Day," says that history teaches us that:

"These terrorist movements tend to die a natural death. We just have to wait while the ideological extremism of the Islamic world burns itself out."   The terrorists have become old news, boring, sad, pathetic. Our people recognize the victory. Our soldiers know that they have fought and won, again and again." 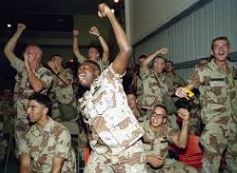 Oh yes, there will always be a few, sad, hateful, violent people blowing up things. They haven't advanced far enough to know how to lead, so they destroy.  But the institutions of civilization are intact and will respond to those desperate few, systematically, to provide the security for the 99 percent of our citizens who live well and live positive, blessed lives.

Take your friends and family out and celebrate the victory. We of the United States and other places have won the spiritual war; we have won the war of ideas. If your people have not yet won, stay the course. They will win. 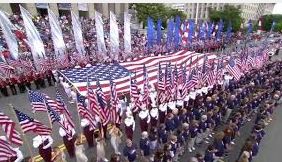 All that is left are the minor skirmishes that reflect the tiny minority of pathetic people throwing their tantrums. These skirmishes will go on as long as there are losers and unhappy campers in this world.

If your leaders have not taken your nation to victory, perhaps you need to change your leaders. Make the change, march for victory.  Or you can just pack up and leave the desolation to the destroyers to live in the destruction that they have created.

Join the winners and good people of this world. Life is finite. Find a way to enjoy a happy environment.  Oh, by the way, I just heard the Cowboys won, and there is celebration around the country!