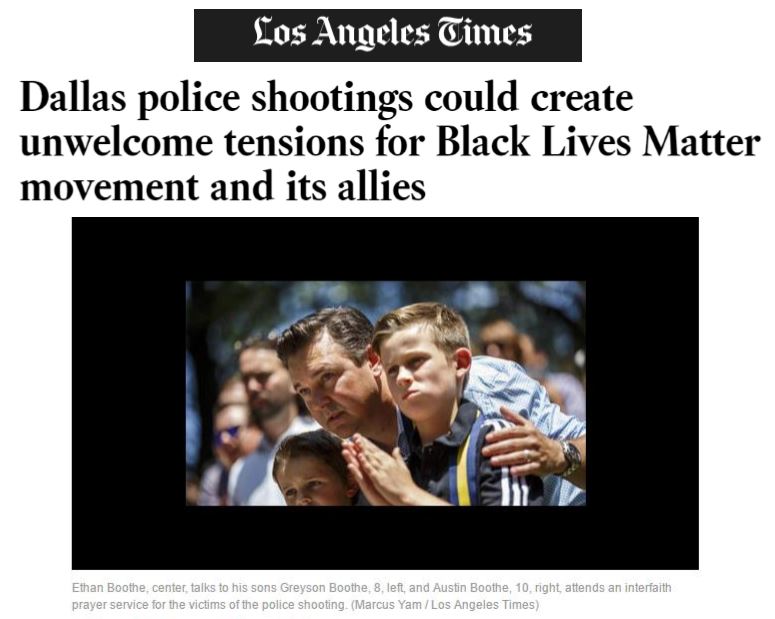 Ethan Boothe is my son, and I take pride that the LA Times featured his photo with my grandsons Austin and Greyson Boothe, at a meeting hosted by the Mayor of Dallas, and the Police Chief to bring some peace and message after the shootings of 15 Dallas policemen by a young disturbed black man.

"We need to get to the point that we are Americans without prefix or suffix" said Ethan, reminiscent of the sayings of Sam Rayburn, who was Speaker of the House for 4 presidents.  Not Black Americans, or White Americans, or Yellow Americans, or Trump Americans or Democrat Americans, but just AMERICANS."  Ethan said.  He then said simply: