Economic Trends, Adjusted Income and Home Ownership in the USA

NOTE FROM BootheGlobalPerspectives: We appreciated this article and thought our readers would value the research.

Our credit and thanks to Rob Butcher for posting the charts on the internet.  The first chart shows that the top segment

while the Middle Class was slightly over $50,000.00.  So it seems that the "rich have gotten richer" and the middle class has

been under pressure to hold it's own. 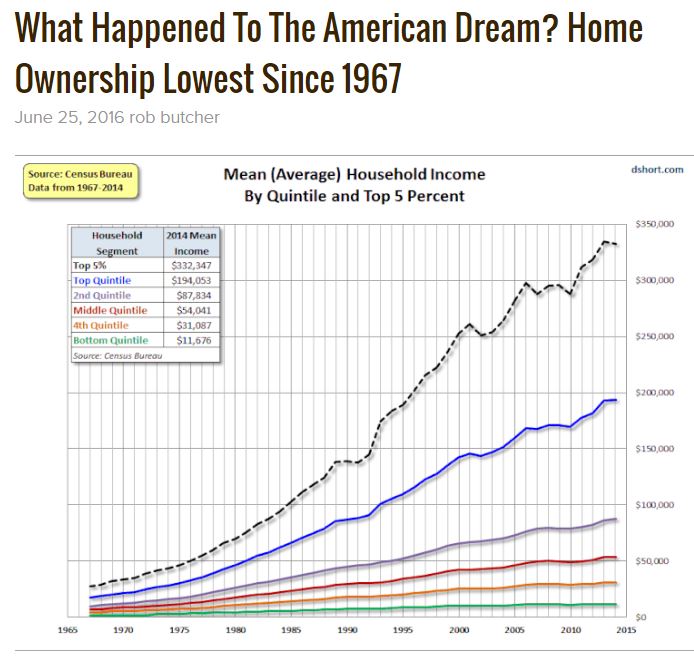 Home ownership showed a decline from the fiasco of the Bush Administration's policies that came to a head in 2009, and the

dramatic decline in home ownership.   Finally we saw a short bump up in 2015 which quickly declined.  In 2016 people are

gradually moving out of apartments into homes again, but getting home loans is a "nightmare", and takes months of

paperwork and verification's.  The difficulty is a knee jerk reaction to years of "easy credit", but also has discouraged many

even to try to buy their own home. Home ownership now is down to the levels of 1985. This has enriched apartment and condo-

developers, but taken the "American Dream" of home ownership away from millions of American's.  New credit systems

and standards by lenders and bank regulators must make changes to encourage more home ownership. The Obama Administration

has tried, but had disappointing participation by bankers and lenders. 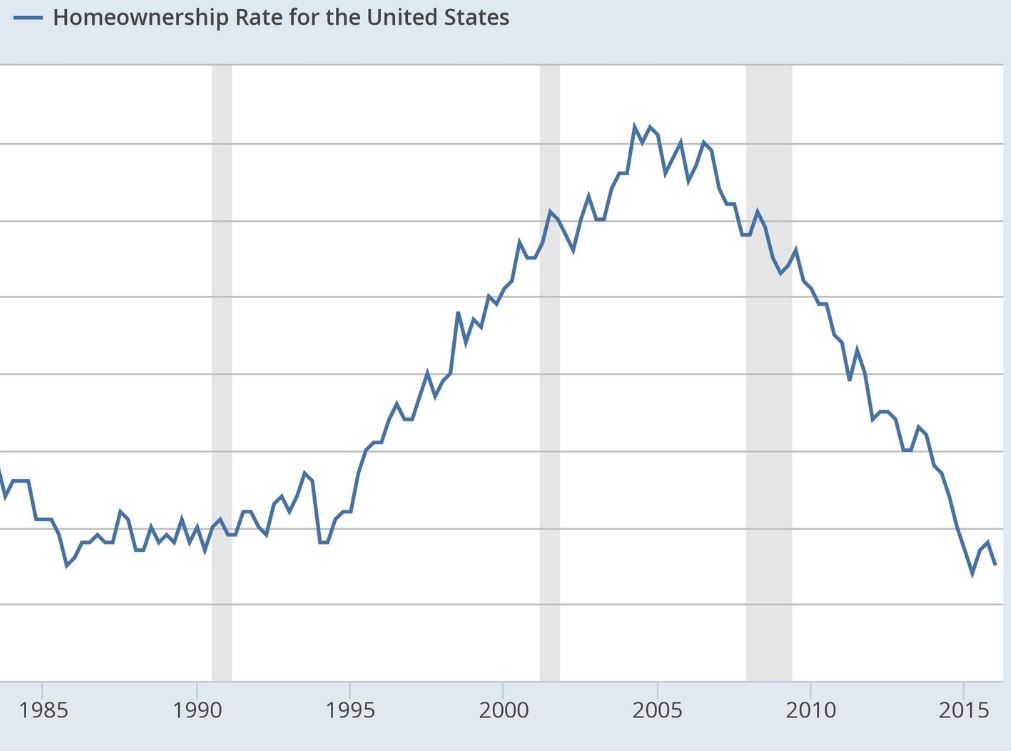 Below we can see mean household income in the USA, adjusted for inflation. The very rich showed a 90%+ increase in income

since the 1960's while the middle class only a 23% increase for the same period of time. As we at BootheGlobalPerspectives have

written several times, reduction of a Middle and Lower class in favor of the wealthy, generates frustration and can cause

anger and social instability. That helps explain the Trump phenomenon and the vote of Britain's middle and lower classes to

opt out of the EU. People are frustrated that they are not getting a fair piece of the economic pie, while the rich feather their 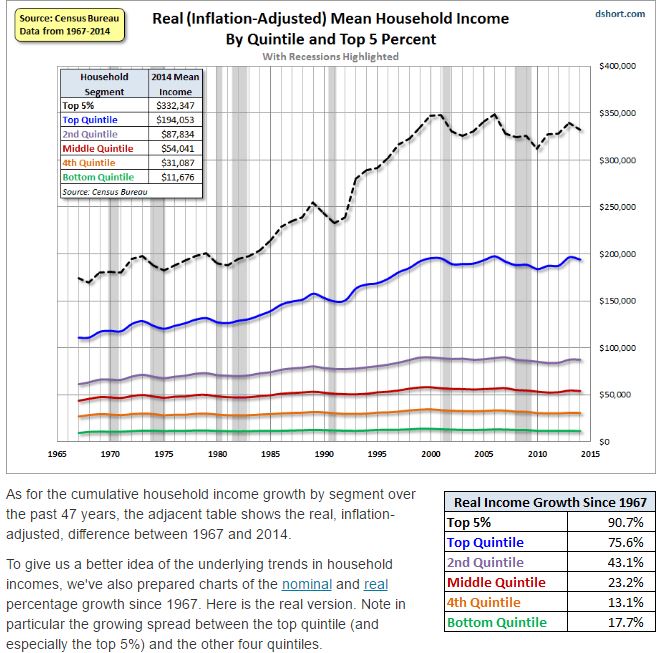 The USA generated a huge amount of new debt to try to keep the nation out of a depression since 2009, indeed debt grew faster

The policies saved the US economy, and we are on a sounder footing than ever. What we need now is an

economic expansion to boost our GDP, to create the resources to reduce or restructure this debt.  This will take

careful, skillful and wise leadership, in a steady and deliberate effort, to create growth, control inflation, and gradually reduce

America's national debt.  This is made more difficult when nations such as China work to make the dollar less powerful, or

Saudi Arabia works to control oil and gas prices, by forcing prices for oil to drop from over $100 per barrel to below $30.

But America's economy is still more powerful and resilient than our international competition.  We at Boothe Global

Perspectives have confidence in the United States, as the most stable nation on earth. 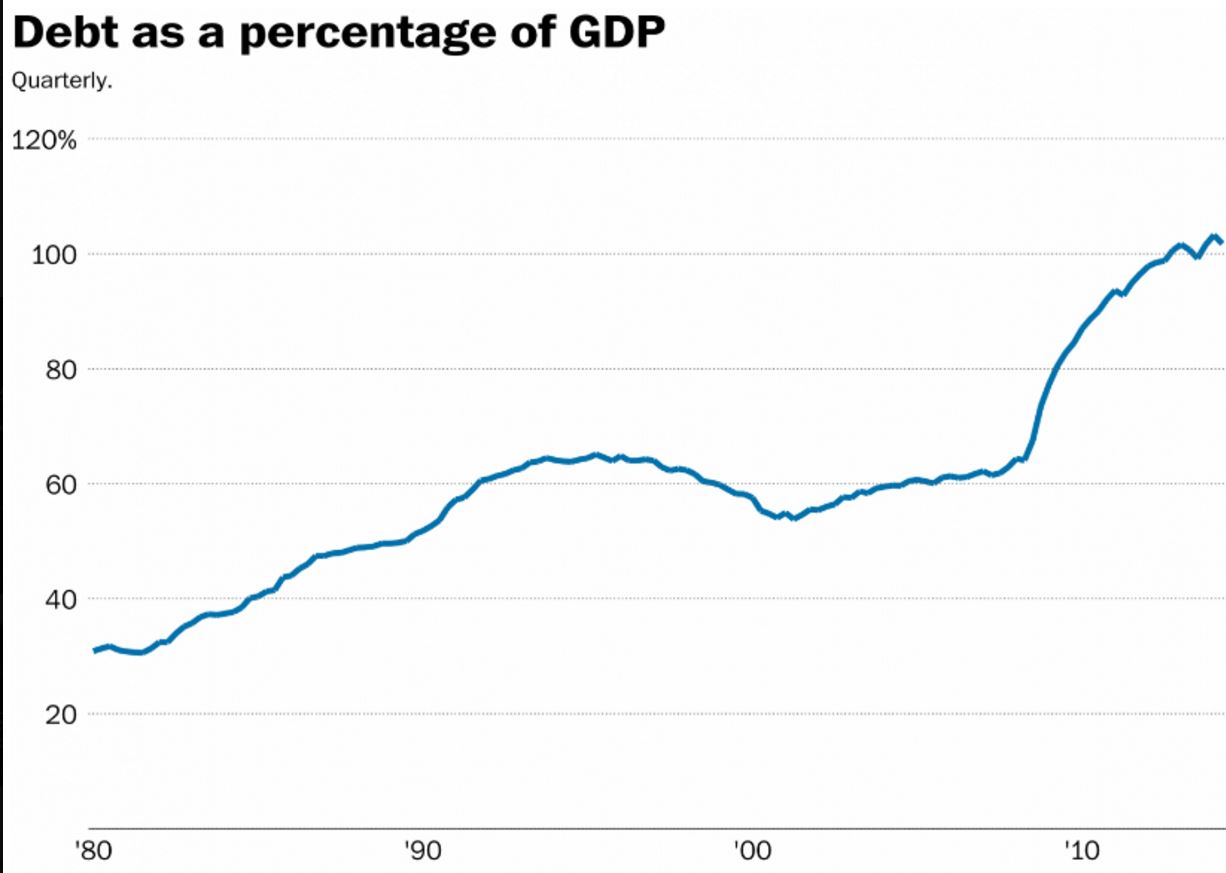 Income producing real estate in the USA is one of the best investments one can make.

We see excellent prospects in:

4. Many large companies will lease from talented people who can find the land, build outstanding structures and then lease

them to well capitalized corporations.  Corporations by leasing, save "hits" to their capital and equity structures, allowing

them more borrowing power. One of our favorite success stories is about 2 carpenters who started building small 2,500

s.f. buildings for a burger chain. They expanded to finding the locations, buying the land, building the building and

leasing to the chain. They who started with almost nothing became multi-millionaires.

We always appreciate Warren Buffets's comments: "Don't bet against the USA on economics or progress.

It is almost always a bad bet."

That is why, with every uncertainty in world affairs, money flows into the USA. It is safe here.

Our advise. Be wise, be careful, be informed. Keep political or religious emotions out of investment and economic decisions.

Check out:  ECONOMIC CONSULTANT for advice, and feasibility studies on new projects.

Make money, this is a dynamic time filled with opportunity.  Ben B. Boothe, Economic Consultant