In Search of Light, New Movie in New Mexico, FULL OF DRAMA/VIOLENCE

IN SEARCH OF LIGHT, a dramatic movie about Saddam Hussein's attack on Kurdish people, and a meaningful story of one family's saga of tragedy and survival. 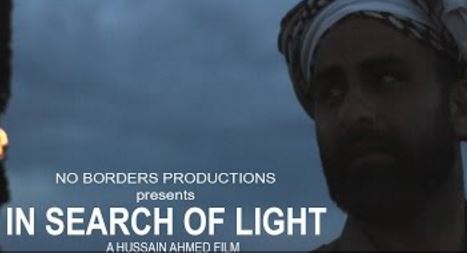 Saneh Boothe, actress has been featured in another new movie, the trailer just approved, for the movie named IN SEARCH OF LIGHT by NO BORDERS PRODUCTIONS is to be released in 4 nations simultaneously after it makes the film festival circuit.  Part of this was filmed in the desert near White Sands, New Mexico. Actors from Canada, the USA and the Middle East participated. The award winning producer Hussain Ahmed told Saneh that he was so impressed with her performance that he informed her he would engage her in 3 additional upcoming film projects.

"I was pleased to be a part of this international film. It has a good message and the movie production quality and direction was excellent." Saneh said.

This movie set in Iraq  is a story of a family attacked by Saddam Hussein's soldiers fell upon Kurdish people living in a Kurdish sector of Iraq and the extended true story of their life and fate. It is a moving film full of heart and emotion, showing the struggle for survival of a family, in that hostile and divided environment.

"The desert and mountains of New Mexico, made a perfect backdrop for this powerful new feature film." said Hussain Ahmed.  “What people don’t know, in southern Iraq, it’s all desert, there’s hardly any mountains. But in northern Iraq, there are huge mountains that are really dry and it snows a lot. I was disappointed in the landscapes that I saw, the deserts were perfect but the dryness was not,” he said. “One of my producers told me about New Mexico. We went to Albuquerque and I didn’t like it so somebody told me to drive down three hours to Alamogordo. When I came, it was night time and we went to the hotel. In the morning I opened my window and the mountain was right there, I said this is it.”

"Filming in the New Mexico desert with helicopters, soldiers and guns blazing as the New Mexico sun sat behind the mountains was exhilarating! Then the desert night cold fell upon us, motivating me to work even harder." Saneh Boothe explained.

The director told Saneh that she was "outstanding".  Saneh's multiple Middle Eastern language skills contributed to this film.  "When they wanted Kurdish, I had it. If they wanted Farsi from Iran, I had it. Others like Arabic are often needed in films like these, as well as English." she laughed.

This will be the second significant new movie film trailer that Saneh has been featured in thus far in 2016.  The final release date for this movie will be announced.  The trailer link is

Saneh is also in Whiskey Tango Foxtrot (now running) with Tina Fey, and Billy Bob Thorton which came out March 4, 2016. The film trailer of that movie (which also has Saneh in it) was viewed by 5,000,000+ people. It was filmed in Santa Fe, Albuquerque, and Afghanistan.