ECONOMIC AND POLITICAL TRENDS FOR 2016

UPDATED 1/21.2016: We at BootheGlobalPerspectives interviewed bank presidents, investment advisers, stock brokers, real estate specialists, political consultants and found trends that will impact us all in 2016.  Three major trends stand out: 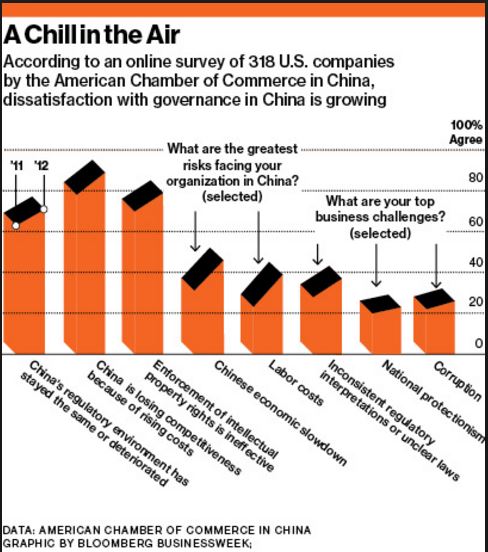 * From command and control to free markets.
* Too much debt in global economy, most of Chinese debt is in real estate, many Chinese banks in trouble. 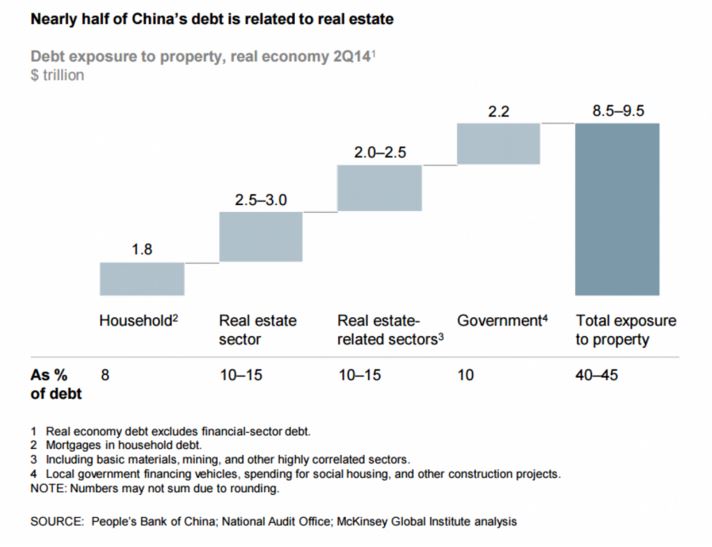 * Currency instability with many nations and central banks rushing to lower their currency values to try to save their export markets.
* Huge risks in capital markets, due to Chinese economic failure and new transition policies.
* Chinese currency losing value, at first by choice, now by market fears.
* Chinese imports from world diminishing, reduced imports by China of raw materials harming the "exporters", see chart: 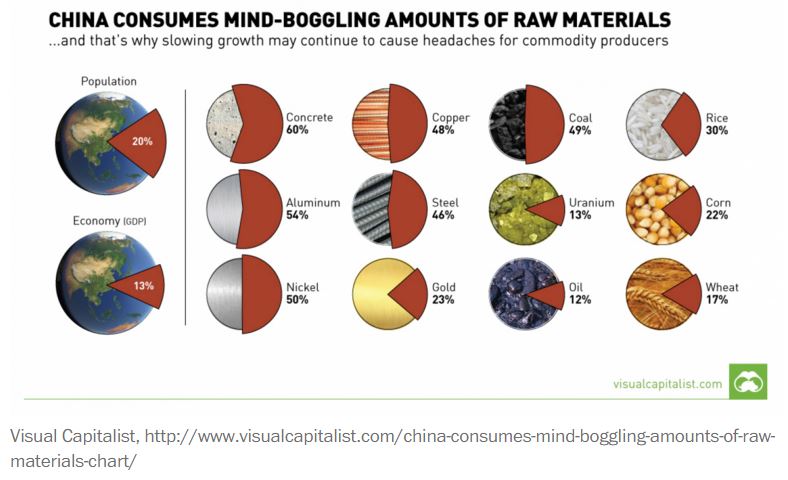 * Slow transition in China, 5 years to allow absorption of overbuilding and time to restructure bad debts, and correcting high leverage and borrowing.
* We reviewed the global economy of 100 nations. there we  tracked only 2 nations showed growth in 2015, China (due to inaccurate reporting)  and the USA. Every other nation shrank economically.
* Global economics expanded and absorbed ever increasing markets.  Now we know that the global economy can go up, but rapidly decline.
* China was imagined by American capitalists: "If we can just export 1 toothbrush to every China-man, we can make $1.3 billion... Now we see a China where not even one China-man wants to buy a toothbrush from us...he wants to produce it and sell it to us.  But we lost much of our manufacturing base and US jobs to Asia, particularly China...In the meantime Americans are finding Chinese goods less attractive. Innovative U.S.A. manufacturers are finding ways to "make it here" again. 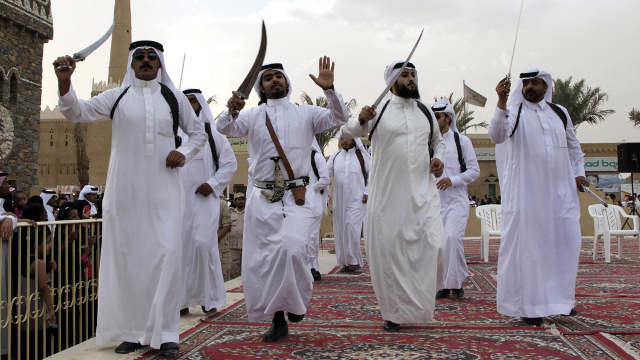 The death of long time leaders in Saudi Arabia brought about a more rigid, less accommodating leadership. King Salman is arrogant and more attuned to war, religious violence with willingness to harm economies around the world to maintain Saudi power and prestige. The interests of Saudi Arabia and the USA have slowly changed, like an old marriage, slowly drifting apart.  Consider that Saudi Arabia lost 89 billion dollars in 2015, largely brought about by their own policies of driving oil prices down.

While Saudi Arabia's leadership , under King Salman, is more rigid and reactionary than his predecessors, consider the Chinese by comparison. Chinese leaders are considered poor, and not as experienced or adept at cooperating with international capital markets while Saudi's leaders under Salman's paternalistic approach are simply of another primitive era. Many international observers consider Saudi Arabia less stable as it makes unpopular decisions and faces civil unrest. The violence in Saudi Arabia are not only caused by Iranians, there are other forces as well.  The King named his nephew as crown prince and his 30 year old son as both chief of the royal court and Minister of Defense, thus excluding any line but his own for future leadership. This is resented by the large and diverse membership of the House of Saud. One Prince sent out a letter calling for the royal family to depose Salman, stimulating intrigue in quiet conversations about the future of King Salman. Plus, Saudi Arabia's best friends, the Arab League, are being pummeled by low oil prices largely kept low by King Salman's policies. An international domino effect has ensued with nation after nation, facing declining oil revenues and budget shortfalls.  Thus, Chines recession and "Salman's oil power grab" by flooding markets create a double whammy on the international economic scene.

* Leadership in House of Saud is less friendly, more militaristic, more Sunni, more Wahabbist, prone to be influenced by the most conservative and violently strict religious philosophy of the Middle East.  As Thomas Jefferson said: "Mix religion with politics and you will have conflict and wars".  So true of Saudi Arabia, ever since Abd al-Wahhab, founder of the ultraconservative branch of Sunni Islam (Wahhabism) made a deal with the House of Saud. This enabled the creation of Saudi Arabia. Another deal was made in 1945, when Abdul Aziz ibn Saud made a deal for oil with President Franklin Roosevelt.
* Saudi knows the USA does not now need it's oil to survive.
* The House of Saud knows that more Americans know that Saudis have been financing enemies of the USA.
* Many remember the question: "How many Iranians participated in 9/11?  -0-  how many Saudi's? 15 of the 19."
* How much has Saudi Arabia donated to Sunni groups, many of them radical? $84 billion.
* Saudi's know that their leadership role in the Middle East is perceived by more Americans as dangerous to peace.
* International think tank leaders and economic experts believe that Iran will be the "Dominant power of the Middle East" in future years.
* 90% of Iranians are you younger and not positively impressed with the Islamic Revolution. They are tired of irrelevant religious men with beards ruling with arbitrary religious rules, harsh censorship, and rigidity mixed with a rigid government of spies, religious police and power uncontrolled by fair legal courts.
* The Arab/Muslim system on one hand has radical ISIS soldiers with guns, money and military leadership.
* In contrast, younger, educated people in the Middle East seem to hope for more freedom, progress and integration with the world.
* Even with the political divisions of the USA, it is still the most progressive, most powerful and influential nation on earth. Radical ISIS by it's outrageous cruelty has helped unite millions of Americans, in a cause to eliminate "the evil of radical thugs and murderers".
* Walls of exclusion will increase in the world as cultural contrasts and threats, many brought on by ISIS, continue. The affluent, educated "haves" are targets of the "have nots", and the angry "wanna be's"  will seek to take, or destroy what the haves have.  In other words, cultural civilization and peace is under attack.
* Commodities, energy, manufacturing, production, agriculture, communication and technological progress are more important to the USA than ever.
* 2016 will be weighted down economically by Saudi Arabia's inconstancy on low oil prices to destroy western oil companies so that Saudi's can control the world's oil.
* 2016 will be pulled down economically by China's recession, hurting exports to China. This combined by declines in world currencies and a declining global economy is of concern.
* 2016 will have instabilities and hostilities caused by the goading of ISIS terrorism and other radical groups.
* 2016 will be made riskier by provocations of Russia and other nations that are facing economic crisis, and believe that war is a last resort to unite their people.
* Chances of conflict in the world are higher.  China is in transition and this is unsettling. Political and economic leaders of the nation have moved to new global strategies that will vastly impact other nations in 2016. The economy may be troubled for years to come. Note some of the elements spoken succinctly.

UNHAPPY PEOPLE AROUND THE WORLD, CHANGE IS ON THE WAY:

90% of Iranians are  not positively impressed with the Islamic Revolution. They are tired and impatient with bearded "holy men" ruling by integrating religious rules, and often incompetent economic leadership.  Younger newer leaders are concerned about:

To repeat some key points:

* The Arab/Muslim system on one hand has radical ISIS and other radical groups, considered dangerous and unstable by most Muslims.
* The Arab/Muslim young educated population of the Middle East and particularly in Saudi Arabia and Iran want less religious dictatorship and a more secular progress.
* The USA has deep debt and its greatest risk is a divided culture that needs unity in order to defend its power in the world. This will impact relations with Saudi Arabia and Iran deeply. One uniting factor for the USA is the outrageous acts of Islamic terrorism.
* Walls of exclusion will increase in the world as  cultural, economic, religious differences seem incompatible.
* Expansion of the growth of commodity production, agriculture, manufacturing, industry, high technology, better medical research, better communication systems and higher education will be more important to the USA than ever.
* 2016 will be weighted down economically by Saudi Arabia's inconstancy on low oil prices to destroy western oil companies so they can control the world's oil. No doubt, the Islamic world with find ways to war with one another and the Sunni and Shia sects will generate military actions that cause uncertainty in oil production areas.  Oil prices will rise as they find more reasons to fight among themselves. 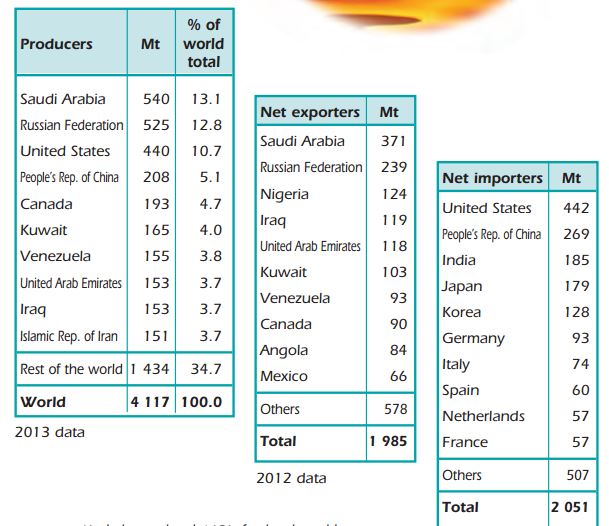 In 2016 the USA will be even more vigilant to see that oil shipping and transportation remains open and free. We note that 6 of 9 of the worlds largest oil producers are not "friends" of the USA.  Thus the USA will continue to expand "fracking" and increased drilling and production of oil and gas. This will happen regardless of pressure from Saudi Arabia, because there will always be new fighting and wars between leading nations of the Middle East. This will eventually drive the prices of oil and gas back up. Recent new conflict and tensions between Saudi Arabia and Iran are a good example. When these people should be focused on fighting ISIS they have again let religious issues with old grudges prevail. A focus on an executed Shia religious leader has changed their focus to more Shia vs Sunni conflicts. We doubt that this kind of conflict will ever end in the Middle East, much to the disadvantage and loss of the people of that area. War and conflicts increase risks of global impact, as the chart on oil transit chokepoints illustrates.  All the better for the USA, which is more energy independent in 2016 than it has been in 50 years. 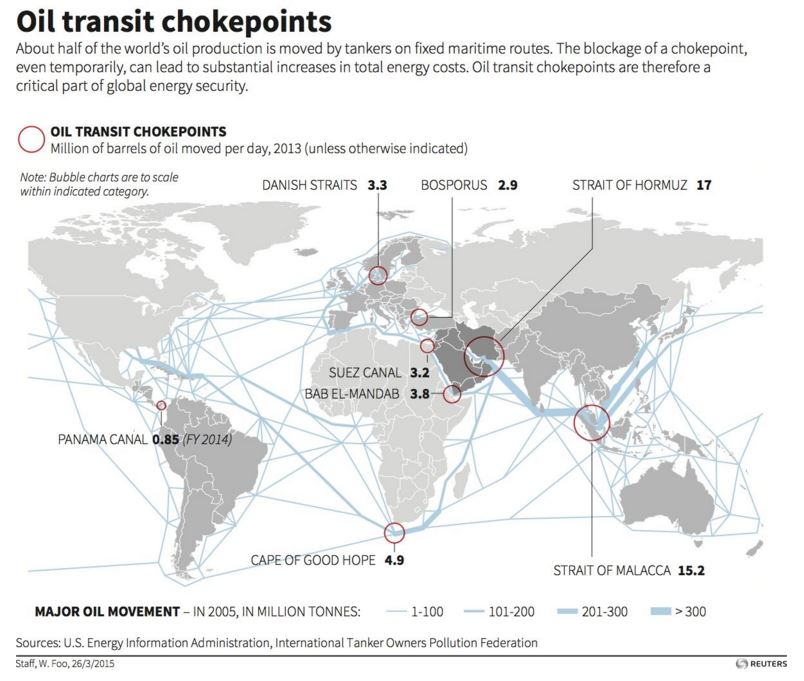 * 2016 will be pulled down economically by China's recession, hurting exports from other nations to China and by the lowering of world currencies and a declining global economy.

China's problems and the way their leaders have handled their economic problems, have harmed world capital markets.

See some of the results of the Chinese economic decline: