Have You? The World is Full of People. We are all related.

Visited the famous and my forebears. 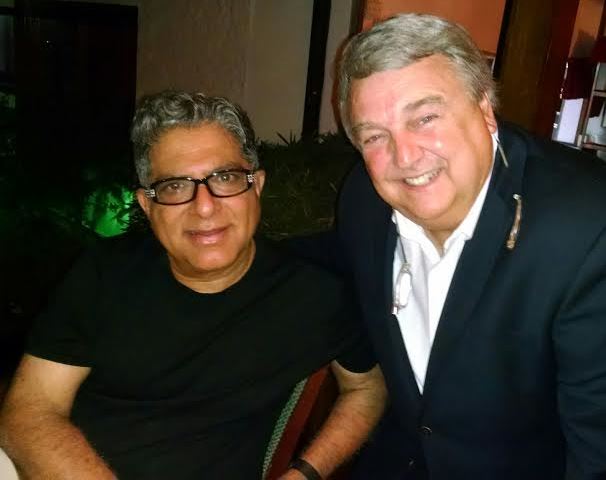 I have sought out Holy men, Robert Schuller when his cathedral was of crystal. Alexander Campbell through his books and even the Bible he wrote. Thomas Jefferson shared his personal library with me and I have a Bible that he crafted, saying: “The teachings of Jesus are so powerful they do not need miracles or parlor room tricks to make the message.”

I climbed the pyramids of the Aztecs in Mexico and the temples of the Anastasi in New Mexico.

I have read and listened to the wise words of all of these.

I have listened to brilliant authors and spiritual gurus, such as Depak Chopra, one of Time magazines "most influential people in the world".

I visited St. Patrick’s Cathedral in New York city, and the Vatican in Rome to hear the Pope and walk through his halls, the Trinity Church where our nation’s founders went, the Marble Collegiate church of New York, City where Dr. Norman Vincent Peale, was pastor for 42 years.

I followed the steps of Chengis (Genghis) Khan in Mongolia and studied his rules of tolerance embracing freedom of religious choice. I went to Lumbini, Nepal and walked in the place of the Buddha’s birth.  I traveled to Bod Gaya, and sat under a Bodi tree in the same place where Buddha sat until he found enlightenment. I still have a leaf from that tree. I went to Sarnath where Buddha preached his first sermon, and then went to Baneres, and touched the most holy waters of the most holy place of the Hindus.  In the great Ganges River, where within sight of one another I saw people baptized and people cremated and thrown into the same water that people drank for healing.

I visited the ancient temples of China, walked it’s walls, and there travelled to Tibet where I visited the ruins of monasteries and temples destroyed by China, only to see the Tibetan Buddhist people still worshiping and praying on the foundations of ruins long gone. I walked the halls of the Potala Palace, the largest structure in China and looked out from the balcony of the Dalai Lama before he escaped that place to go to India. I saw his private collections of art and rare holy documents.   I travelled to Angkor Wat in Siem Reap, Cambodia, and then on to secret jungle bound temples to discover hidden treasures. There I wondered at the “Dancing Girl” who became the historic symbol of life and joy in Cambodia, who lived centuries earlier.  I then studied the Khmer Rouge, the Khmer kingdoms, and their mighty influence on the culture there for centuries. 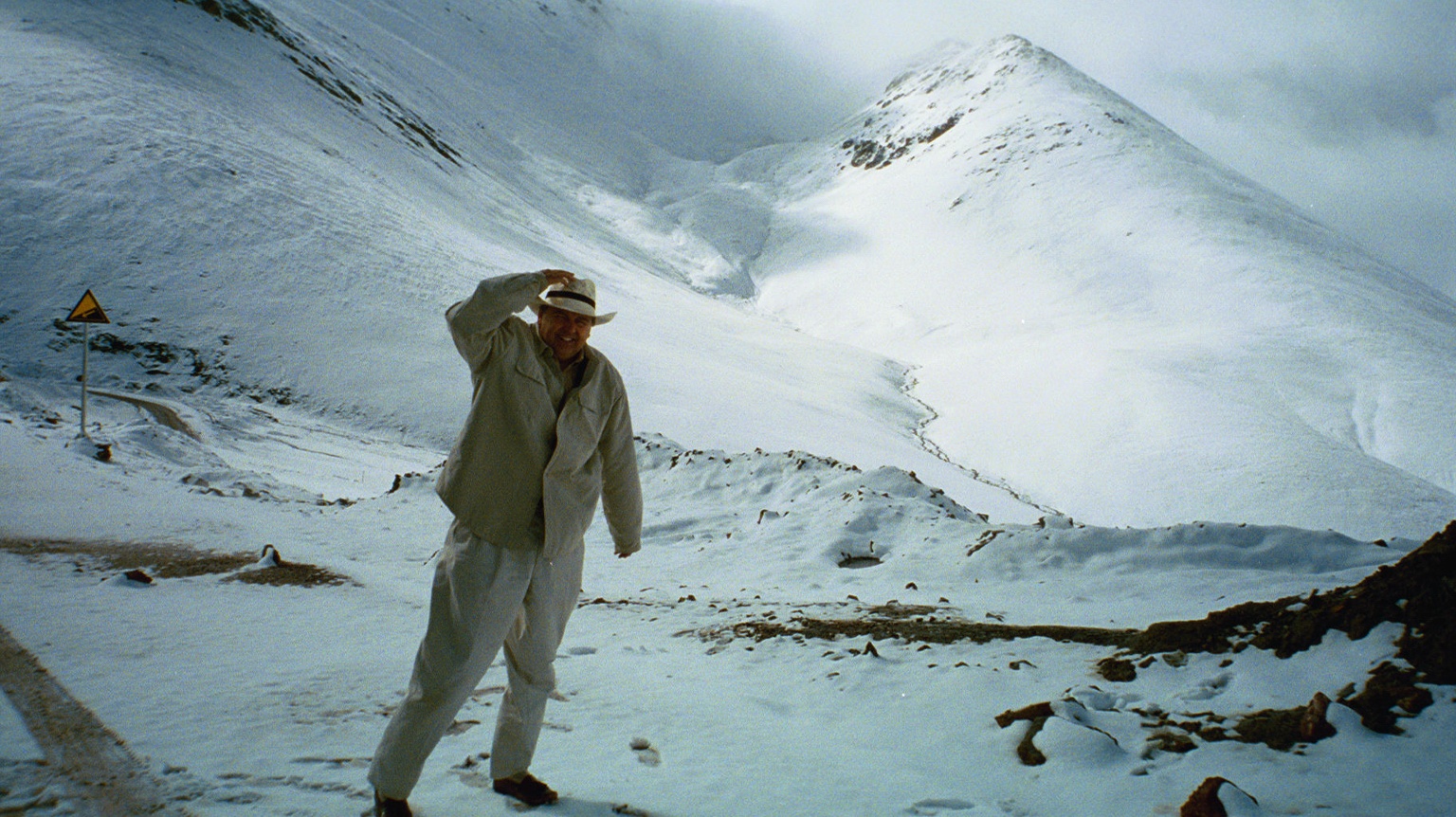 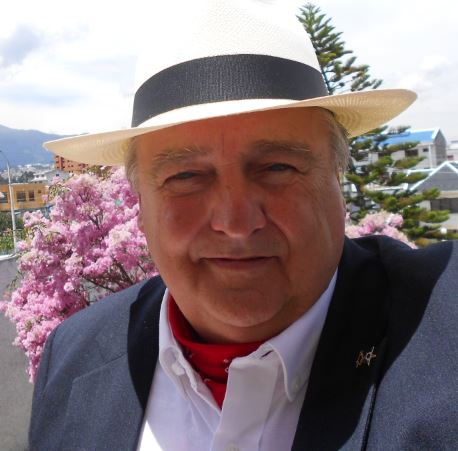 In places like Ecuador and Peru I have met political leaders, and been impressed with friends like Rafael Correa, President of Ecuador.  I have worshiped with Tibetan Buddhists high in the Himalaya's, and in India and China, with Sikh’s of India, with Muslims, Christians, Jews, Baha'i, Krishna’s, and have studied and researched with scholars in 20 nations.

But I have been encouraged most by those gentle souls who offered compassion, kindness, and generosity of time to share “light” and to help me on my path.  My Christian brother, Lee Goodman, gave me so much energy and joy and encouragement.  We watched sunrises together, prayed, studied, discussed, and sometimes disagreed. But he like my other “brothers” around the world in our spiritual quest to find reason, logic, order, hope and joy in this life, laughed, hugged, and sometimes wept together.

My path has been long and has never ended. Some people thought that I was after adventure, or glory. In truth, I have mainly been interested in humanity, in finding the highest order of thinking of mankind. To that end I have written, spoken, and reflected with hundreds, perhaps thousands of men and women on this globe.  Lee Goodman told me repeatedly that I was driven by a search, a goal.

So many of my good and intellectually rich brothers have passed on.  I still seem to have them with me. Perhaps we always keep something of those we have shared much with in this life.

I appreciate the words to Buddha when a man asked: “Are you a God?” and Buddha replied: “No, I am awake.”   Awake, that is what I find helpful.  In Cambodia, I was teaching a symposium for financial and banking leaders and in the lunch break there was a long line, the tradition of feeding the Buddhist Monks. So I went out, got in line, and gave each monk some money. That afternoon I got a call from the King of Cambodia, inviting me to a private banquet “Because rarely have we had an American executive spontaneously respect our culture and tradition as you.”  He honored me by having me spend the evening dancing with him, his wife and his daughter, who led me by the hand.   In Mongolia, the Prime Minister called me and said: “You have told us the truth.  You have a special place and position in Mongolia always now.”  In India, the Prime Minister told me, along with Mrs TaTa (the biggest company in India), “You have given more to India than our nation can repay. When you visit our country, we will always pay you respect and appreciation.”

All of these gifts, were my gift to somehow connect.  Connect with others with compassion, respect and generosity.  Perhaps, learning  that has been part of the purpose of my studies and travels.   But I continue to watch, listen, read and try to exchange ideas.  Of late I have been interested in the Navajo people, and their relationship with the Mongols and Tibetans.  Their music, art and ways have important similarities.  Furthermore, the Iranian people and their historic roots with the Zoroastrians has great implications for the Jewish and later Christian cultures.  But with all, the Navajo, the Zoroastrians, the peoples of this world, kindness, respect, compassion, and a listening ear, are powerful means of understanding, of bonding into the unified source and common origins of all humanity.

We are all relatives. We all have so much in common in the globe, which belongs to all of us. Perhaps it is because we are related, that is why we fight so much!

Perhaps that is why we should try to love each other more.  Instead of fighting and killing, perhaps we should offer each other a helping hand.   I have…