NaNi Rivera, the "Go To" Person for the Film Industry in New Mexico 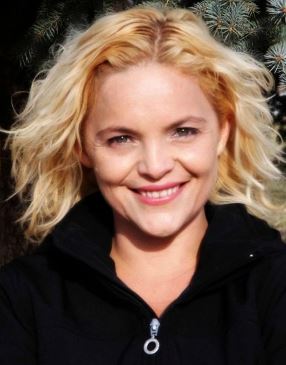 If NaNi Rivera’s hair seems windblown, it is because she is moving so fast.  NaNi is one of those irrepressible people, who with intensity, personality and a powerful smile can move mountains.

When people need a “GO TO” person in New Mexico, NaNi Rivera has become a leader in the movie and film industry. A talented performer in her own right, she has moved to broader realms.  With experience in producing; contacts at every level of the movie industry, from New Mexico to Hollywood; influence in filming, production, editing, studios, talent agency contacts, “inside information” and even in helping young actors get established, she has it all!  It is not unusual for NaNi to be seen with the Mayor of Santa Fe, the Directors of the New Mexico Film Foundation, the Santa Fe Film Studio Campus and the New Mexico Film Office. Why? Because she is involved in so many new projects.  NaNi is one of those rare people who could be a successful actress, producer, or director, but her multi-talented nature has led her to help implement successes for others, including companies, writers, actors, celebrities, and of course the internationally acclaimed original Santa Fe Film Festival.

It is not unusual when famous people such as Robert Redford, John Travolta, Julia Roberts or Shirley McClain are seen in New Mexico, that NaNi Rivera already was in the know about who, when, where and why.  If there is a new film under production, but it is still a secret and under "wraps", NaNi knows all about it.

Recently, a young aspiring actor, Grey Harling, wanted to visit Santa Fe and meet some of the movie industry leaders and movers and shakers. He has been active in Los Angeles, and in New York, but he had heard rumors that New Mexico offered many opportunities in the movie and acting industry.  Who do you suppose set up meetings and events for this handsome young actor, in Santa Fe?  NaNi Rivera, not only introduced him to the Mayor and various film industry leaders, she led a breakfast of knowledgeable people to meet with Grey to get him connected with the best the industry has to offer.

NaNi is like the Eveready Battery Bunny, she just keeps on going. This woman is motion in action. But people in Santa Fe,  Albuquerque and all of New Mexico's  film industry have learned one thing:  If something needs to happen, she is a person who can make things happen. She is the one to call.

Recently, at the Albuquerque Film Festival, movie people came in from LA, and all over.  But, there was talk of, “How can we add more excitement, more energy to this event?”  Someone spoke up, with authority and said: “We need NaNi Rivera, look what she has done in Santa Fe.” 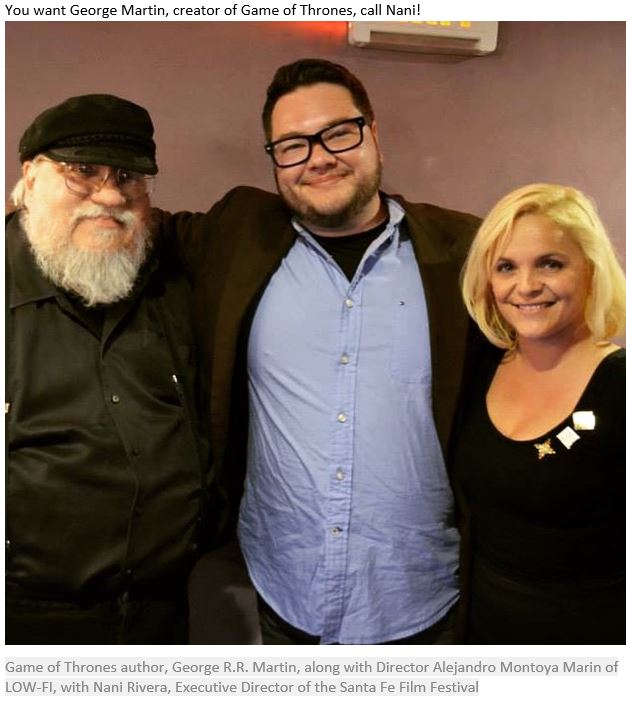 That is typical of the responses you get when her name comes up.  In virtually every event that NaNi has been involved with, it has brought in celebrities, enthusiasm, and energy that infuses a certain ‘magic’ into events that make them especially attractive or successful.  NaNi’s unique mind and personality bring a rare combination of talents that are razor sharp in effectiveness. 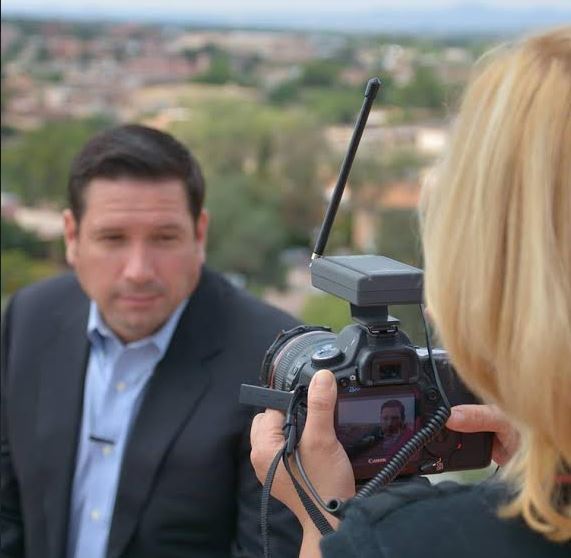 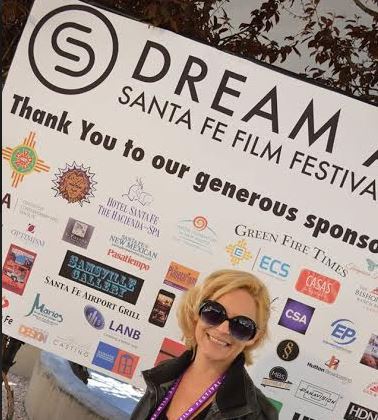 Santa Fe Film Festival’s Executive Director, NaNi Rivera, has influenced the motion picture industry in New Mexico for nearly a decade. She is a graduate of the College of Santa Fe with a Bachelor’s Degree in Film and an Associate Arts Degree in Media Arts from the Santa Fe Community College. Not only is she a skilled photographer, she has produced, directed and edited numerous commercials and PSA’s. Rivera has also worked for several major motion production companies and acted as Garson Studios Coordinator at Santa Fe University of Art & Design.

Rivera is now the Director of Special Projects for the IATSE Local 480 Film Technicians Union and enjoys helping other art organizations through its Community Outreach Program. She has handled legislative work on the Breaking Bad Bill which increased production for TV shows in the state of New Mexico, creating thousands of jobs and business expansion locally.

She is the founder of The New Mexico Film Industry Tune Up, a program designed to build the infrastructure of local film production, now in its 3rd year at the Santa Fe Film Festival. Rivera is expanding the program to other film festivals around the state including the Albuquerque Film Festival and the Las Cruces Film Festival. She currently resides in Santa Fe.

In addition to annual events and features such as the Shoot Santa Fe Pilot Project, the third annual Film Industry Tune-up, distinguished guests, panelists, honorees and filmmakers, Bogdanovich will be celebrated with special screenings of his films, including:

Followed by “One Day Since Yesterday”- A just-to-be-completed documentary dealing with the experience of making “They All Laughed”.

A statement from Peter Bogdanovich:

“I’m very pleased and excited to be honored in such a hip town as Santa Fe—one with such a fabled history in America.”

Full schedule of events and ticket information can be accessed at: http://santafefilmfestival.com/

But don’t forget this:  NaNi Rivera, Director of the Santa Fe Film Festival, and her team have made, and are making, New Mexico’s film industry bigger and better, and creating more new jobs for the State of New Mexico, than almost any other single industry. 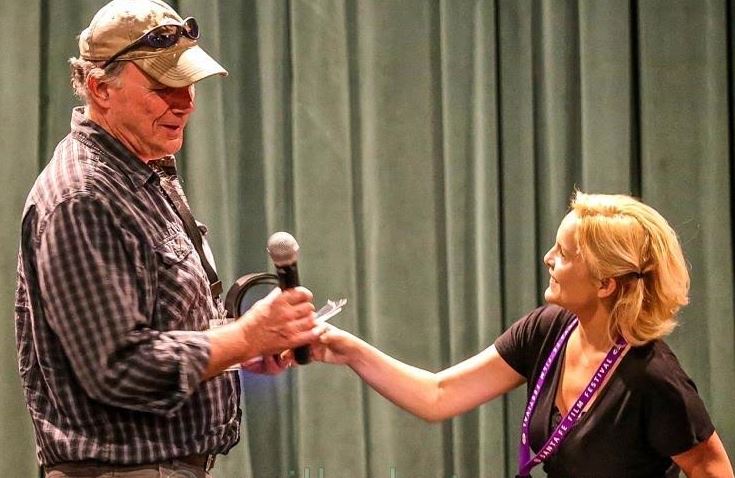 “With robust incentives from the state of New Mexico (25-30%), and with the growing movie industry infrastructure, new studios, new projects and new talent, New Mexico is becoming the largest production center for movies and TV series of any area outside of California and New York. That is our goal.”  Says NaNi.

One of the genius talents NaNi has is that she doesn't mind handing the microphone or aiming the camera at other people. As she hands the microphone to people who are bringing creative genius, jobs and energy to the industry, we at Global Perspectives with our readers in 30 nations  say: Go girl go!