Can Presidential Candidates Win with Lies and False Narratives?

The Republican Presidential candidates are demonstrating an interesting ethic of fantasy, spin, distracting arguments and even a bit of deception as they run for the highest office in the land. One begins to suspect something when the candidates spend so much time and energy attacking the media and reporters, instead of discussing positive issues and coming up with positive solutions for the American people. 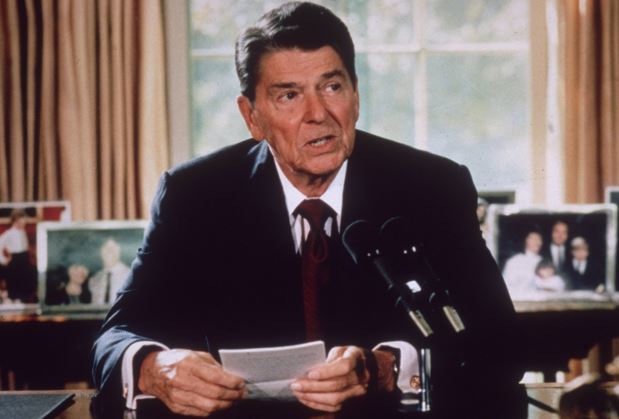 Who would have thought that a dispute about Ronald Reagan would enter into this political season?  Republican pundits are fighting, with FOX network favorites, George Will, and Bill O'Reilly calling each other liars and hacks on national TV. That apparently is what goes for entertainment on Fox.  George Will and O'Reilly made statements about what everyone in Washington D.C. has known for years, and that is that Ronald Reagan was experiencing memory loss, confusion and Alzheimer like behavior the last 12 months he was in office. He was continually surrounded by his wife and advisers handing him cue cards and whispering in his ear to tell him what to say.  What should be of concern is that Republicans around the President may have "run the country" during this period and have been trying for years to keep knowledge of their "power grab" away from the American people.

Bill O'Reilly seems to be saying, that George Will and others are trying to destroy the Republican Party by insulting their hero, Reagan, when O'Reilly seems to be saying similar things. George Will says O'Reilly's remarks pollute history.  The facts are that the leader and "king" of Republican Philosophy was indeed suffering memory and confusion problems while he was President.  I for one liked Reagan, as a person, loved his personality, but even I was concerned his last year in office. The stories were simply too many to be dismissed.  Ronald Reagan even when he was "senile" was charming, unlike most Republican presidential candidates of today. He once said: "The good thing about Alzheimer's is that you meet new people every day."  Unlike RR, it would seem that Republicans  just like to fight, even with each other.

Senator Ted Cruz has long made his speech invoking his father's exploits fighting for revolution in Cuba.  He has repeatedly said that he wishes he could be like his dad.  It now comes out that his father was not a revolutionary of great exploits, but he was rather a skinny 17   year old teenager, who at most painted graffiti on walls instead of fighting gun battles for the freedom of Cuba. After investigation, it seems that the father of Ted Cruz was not where and when he seems to have bragged about for years. His most revolutionary exploit appears to have been one day, when he found a gun, and was arrested for having a pistol. When he resisted he was slapped around by soldiers. Alas, this is the example that Ted Cruz, a potential President, wishes he could be like? Cruz is a master manipulator and hopes to salvage and scavenge Trump supporters when Trump quits.  But he is also a master at "No" politics and his followers are "NO" kind of people.

Dr. Ben Carson has amazed us all, in bragging that he tried to stab someone with a knife because of his temper when he was young. He also has been exposed for having been offered a non existing scholarship at a US Military College and the college has denied any record of such.  Carson is the one who suggested that perhaps fighting in the streets as the blacks do, might be justified.  Just what we need is a President, telling people to riot in the streets, or better still, follow his example of knifemanship, and temperament.

Carly Florina, who was the president or CEO of two companies, both of which were economic disasters under her leadership. Her mantra is that she had nothing to do with HP and it's demise, and the board's unhappiness with her leadership. One would think that a president that cannot run a computer company, might find running a nation a bit of a challenge. Her message is pretty straight forward out of the old Ronald Reagan speech book.  Full of simplistic jingoism, with many "no" sentences but few solutions.

Jeb Bush, with his $100,000,000 in campaign funds seems soft, poorly prepared, not well fit for debates and simply trying to be a "nice guy".  That simply doesn't work with people like Don Trump, or Ted Cruz who love to tear people apart.  Politically he wants to represent the "kind and gentle middle" but the base of the Republican Party is not buying his message. They want blood and loud pronouncements. Jeb Bush is neither interested in blood letting or

loud posturing.  Goodness, Jeb always thought his big brother George W was a bit radical and unpredictable.  Now people are advising Jeb "Be more like your big brother".  Just what we need.

Hillary, she is walking steady, carefully and slowly earning respect from voters.  Perhaps the terrible performance of the Republicans is making her look better. She with her $80,000,000 seems to be doing better, and when compared to the angry "No" bunch on the right, is looking better all of the time. She has a huge Republican wave of opposition, similar to the one Obama has had to deal with. Only time will tell.

Senator Marco Rubio has long been bought and influenced by old Cuban exiles who became rich in Miami and who are like a Latin "T Party". He shot himself in the foot by opposing normalization with Cuba. He is good looking and quick in the debate environment, but his message has no depth and nothing new or progressive. Unfortunately he is yet another "no" campaigner, without the experience or depth to lead a nation.

Don Trump's outrageous statements are too numerous to list, but leave it to say, that it might say something for his political base, who loves him the more outrageous he becomes. Trump's ego and communication style may eventually be the things that force him to drop out of the race.

Mike Huckabee former Governor of Arkansas, might be better suited to playing a banjo or guitar and singing Ozark Mountain songs, but his pronouncements have been as simplistic as Little Abner. Huckabee is a nice man, likable with a good sense of humor but like other's we have seen (ie. George W Bush) he is a bit in over his head.

Rand Paul with his casual jeans, casual loafers and tennis shoes, appears to think of this race as a fun trip across the country. His political instincts have been a bit amateur. He simply does not have the gravitas that his father has. He comes across as a light weight on a jaunt thus it is not surprising that serious political followers are reacting to him in the same way. "Light".

Bernie Sanders comes across as sincere and honest, but big business, big power, big influence are fearful that Bernie might do as he promises. He promises to make the "fat cats" share some of the power, money and opportunity, with the other 98% of Americans who are not wealthy. Give small business and every day Americans an opportunity to earn a piece of the pie fairly.  Bernie seems to be the only candidate who has not spent much energy trying to discredit others. It is rather refreshing that he addresses issues and not personalities.

One thing is certain. It is an entertaining political year. Watching these politicians make every attempt to tear each other apart, is a sad reflection about the way democratic elections are carried on.

Stay tuned, we will see how this comes down.  Money and gold make the rules, in this world and thus far, Hillary and Jeb have the most money.