ALL BUT TWO REPUBLICANS VOTE AGAINST INCREASED BENEFITS FOR VETERANS

By ALAN FRAM with comments by Ben B. Boothe, Sr., https://benboothe.com and publisher of https://www.bootheglobalperspectives.com BootheGlobalPerspectives

Bernie Sanders worked hard to increase benefits for veterans, only to be defeated by a Republican majority in the Senate. 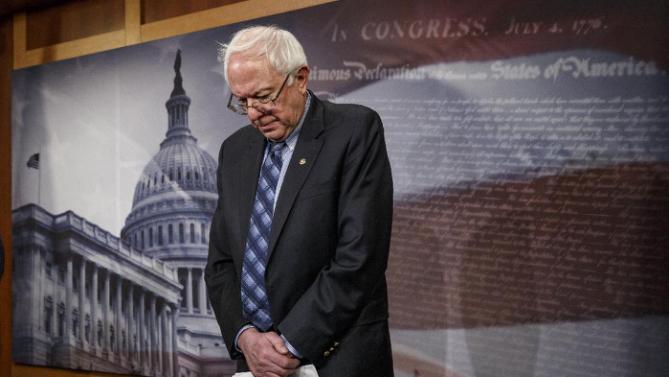 WASHINGTON (AP) — Just a reminder during these election times.  Remember it was a Republican majority Senate that derailed Democratic legislation that would have provided $21 billion for medical, education and job-training benefits for the nation's veterans.

The bill fell victim to election-year disputes over spending and Republican diversion to the subject of fresh penalties against Iran, and trying to connect it to the bill as a requirement.  We at BootheGlobalPerspectives have been monitoring political impacts on Veterans, Seniors, Working Women and even public servants such as Firemen, Policemen, First Responders.  What the politicians do, vs what they say, should be important to American voters.

Each party covets the allegiance of the country's 22 million veterans and their families, and each party blamed the other for turning the effort into a chess match aimed at forcing politically embarrassing votes. Every Republican but two, showed their lack of loyalty to American veterans in this vote, by voting against any additional benefits to our boys who serve in uniform for America.

"I personally, I have to say this honestly, have a hard time understanding how anyone could vote for tax breaks for billionaires, for millionaires, for large corporations and then say we don't have the resources to protect our veterans," said Sanders, the measure's chief author.

"We're not going to be intimidated on this," said Sen. Jeff Sessions of Alabama, top Republican on the Senate Budget Committee. "We're going to do the right things for the veterans of America."  His statement sounded cold in light of the vote not to help veterans.

The fight over priorities demonstrated again the bitter divisions that have restrained the legislative process in recent years. Increasingly Republicans have voted more for ideology, than for people, blocking every progressive effort to help teachers, veterans, children, students and even people needing day care.  Efforts to address immigration, a tax overhaul and job creation all seem likely to go nowhere this year. It again points out how important it is for American voters to elect Congressmen who are "Americans First" and who do not have to walk in locked step with political party leaders. Ben Boothe who ran for US Congress years ago said: "We have seen a gradual shift in some political groups where loyalty to party ideology has become more important than helping American citizens or veterans".