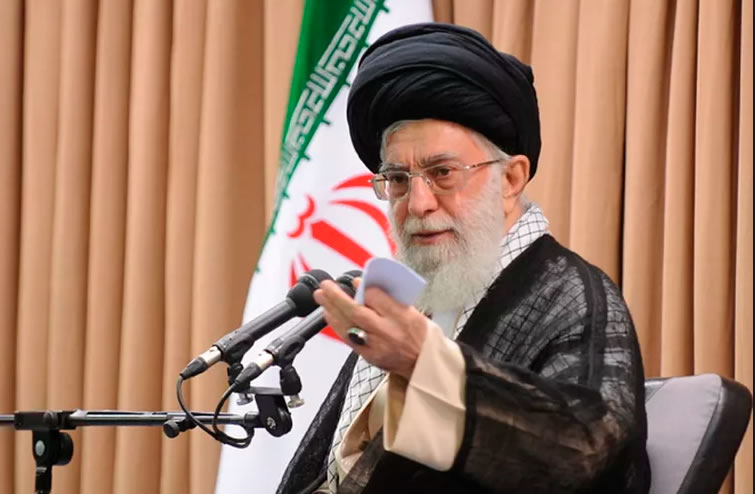 International agreements always involve trade-offs, especially when those agreements are with hostile and expansionist adversaries. The Iran nuclear deal is no exception. A lot of people who support the deal are naturally glossing over those trade-offs. But today, in spite of the expected overwhelming negative attacks from the Republican side, 41 Congressmen, most of them Democrats assured that they would vote for the measure, eliminating Republican chances to derail the treaty.

But deal opponents have been increasingly focusing not so much on those trade-offs but on the very idea of a nuclear deal itself: Any remotely viable deal, in their telling, is unacceptable. This seems odd, given their repeatedly stated position that they share deal-supporters' aim of limiting Iran's nuclear development. Shouldn't they be pushing for a better deal, rather than no deal? Why the repeated reassurances that having no deal at would be fine? To this end, Republican activists, particularly the T Party crowd, are determined to bring this to a floor fight in Washington, ostensibly so that they can air their displeasure. It is another blow of hot wind, that simply wastes the time and money of our elected officials. So, no doubt that their opposition is moot, they continue to carry on, with often inconsistent arguments.   Let us at BootheGlobalPerspectives say this once again, before we let you see the excellent words of Max Fisher.  Iran will be the dominant power in the Middle East over the next few decades. Not Saudi Arabia, not Israel, not Egypt, not Turkey.  There is a large number of people in Iran, who are sick and tired of the "Mullah Regime" and realistic hopes that the "revolutionary zeal" has burned down to a few hard liners. Iran is headed to become a good neighbor in the world of nations, that includes the USA.  The best hope for peace and stability in the Middle East lies with an enlightened moderate leadership that represents the hopes and aspirations of most every day Iranians.  This nuclear peace deal is a step in a direction of peace.  No doubt, that Saudi Arabia wants to be the top dog in the region, but they must oppose anything that brings Iran back into the fold of a friendly neighbor.  No doubt that the current leadership of Israel, would rather fight Iran, and try to be a friend, but Israel has largely turned much of the international community against it, also it has turned much of the population of Jews against it.  So, Republicans who largely align with "big oil" of Saudi Arabia, or "vocal Netanyaho" of Israel (because he so hates Obama), are on an inconsistent and wrong side on this issue.

This all starts to make more sense when you look a little more closely. Iran hawks are making their case in a way that exposes a very telling contradiction in their arguments, one that is so brazen and transparent it is almost hard to believe. If you look at what they've said in the aggregate, an odd position emerges: Delaying Iran's nuclear program for 10 years via diplomacy is bad, whereas delaying it for two years via war is good. What does that tell you?

Iran hawks have had an odd journey on the nuclear issue

For years, Iran hawks have been warning the world that Iran was getting closer to a nuclear bomb. And while their timelines often overstated how close Iran had gotten — Iran always seemed to be "18 months" away — they were correct that Iran's nuclear program was growing more or less unchecked.

Iran got to the point, in 2013, where its "breakout time" — the time it would take the Iranians to build enough nuclear fuel for a single nuclear bomb, if they rushed to complete it — reached only three months. Ehud Barak, then the Israeli defense minister, warned that if Iran developed enough nuclear fuel to reduce its breakout time to one month, it would be within a "zone of immunity" whereby it would be too late to stop them.

The hawks warned, with good reason, that if we were to prevent Iran from going nuclear, that timeline would need to be extended. Many advocated for military strikes. Military analysts said that strikes would only stretch Iran's time to a bomb by two years, or at the most four — and at the cost of war.

But a number of hawks said this was a necessary trade-off: The benefits of adding even two years to Iran's breakout time were worth the costs. It is just that important to delay Iran's time to a nuclear bomb.

So you would think that Iran hawks would have been overjoyed to learn, earlier this month, that the United States and world powers had struck a deal with Iran to severely limit and monitor its nuclear program for 25 years. Hawks had been willing to go to war for a delay of 24 months. Now they would get a quarter century — and without firing a single shot.

But that is not what has happened. Rather, hawks are furious. Why are they furious? Because, they say, the nuclear deal only extends Iran's time to a bomb by a measly 10 years! (Different provisions last for different periods; the shortest 10 years, others up to 25.) Here, for example, is Leon Wieseltier:

It is only a deferral and a delay. Every pathway is not cut off, not at all. The accord provides for a respite of 15 years, but 15 years is just a young person’s idea of a long time.

Here is Israeli Ambassador to the US Ron Dermer:

The second problem with this deal is that the restrictions being placed on Iran’s nuclear program are only temporary, with the most important restrictions expiring in 10 years.

And so on. To sum up, the hawk's position on Iran is as follows:

This is the umpteenth sign of what Iran hawks really want

This is all pretty inconsistent, but it's inconsistent in a very telling way. A small delay to Iran's nuclear program via war is great; a large delay via diplomacy is bad. It certainly gives the appearance that hawks' actual reason for hating the Iran deal is not that it insufficiently forestalls a nuclear program, but rather that it forestalls war.

Robert Farley, a professor at the University of Kentucky, puts this very well:

These groups have shifted, almost effortlessly, from whining about Iran achieving nuclear capability in "18 months," to whining about Iran achieving nuclear capability after the sunset of the current inspection provisions in ten years. This isn’t even an accurate characterization of the deal, but that’s beside the point; the threat of a nuclear Iran has never amounted to more than a side-show for the hawks.

What the hawks want is indefinite militarized confrontation between the United States and Iran. From the perspective of Israel and Saudi Arabia, this is hardly irrational. Iran supports terrorist groups and other non-state actors that like to mess with the Saudis and the Israelis, and both the Saudis and Israelis would like to have the military capabilities of the United States at their disposal. Nor is it irrational for the Saudis and Israelis to believe that the US will come through with this kind of support; the entire GOP Presidential field (with the possible, partial exception of Rand Paul) seems committed to making it happen.

... And for someone who really wants a semi-permanent guarantee that the United States will threaten to bomb Iran, only nukes work, even if nukes aren’t the central concern. As Fred Kaplan has noted, the really big problem for Israeli, Saudi, and US hawks is that the deal might work, that Tehran might take nukes off the table, and the Iran might reintegrate itself back into the community of nations.

Farley's theory here squares with my own conversations with conservative-leaning or even centrist Middle East security experts, who worry that the Iran nuclear deal is a first step toward thawing US-Iran ties, which will make it easier for Iran to cause trouble in the region. That is indeed a valid, salient concern: Read more here and here about why this matters.

For a number of hawks, the only really viable solution to this problem is to permanently militarize US-Iran relations, to have the threat of war constantly on the table, and maybe even to use it. Fear of an Iranian nuclear program is the best way to keep relations tense and, if necessary, trigger war. But if it looks like Iran is complying with the deal, not only will hawks have lost one of the easiest mechanisms for war, but they will see US-Iran relations become significantly less militarized.

This is how you can have a lot of hawks making the seemingly nonsensical argument that the most important issue is to elongate Iran's time to a bomb, but also that elongating by it 10 or 15 or 25 years is somehow bad.