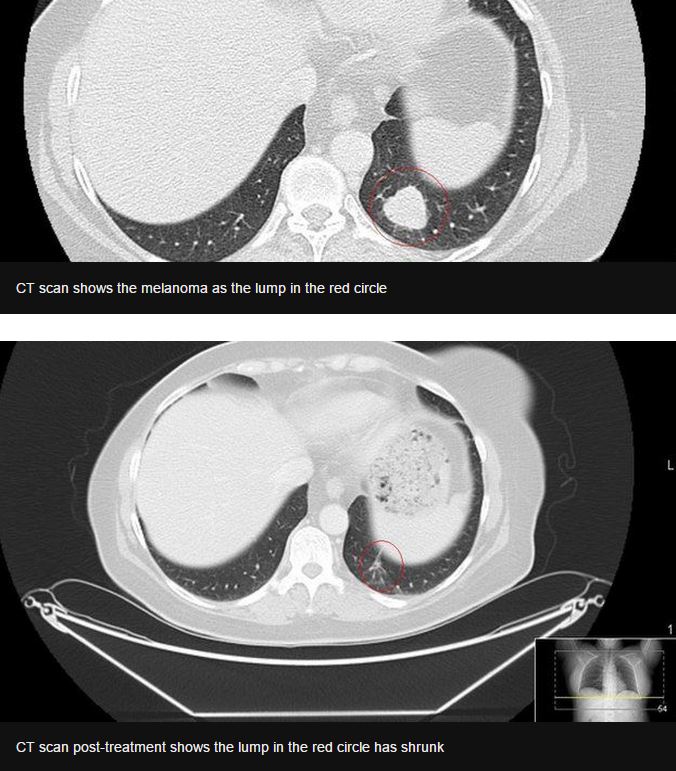 Nearly every family has had a loved one or family friend who has had cancer.  This is a report out of Great Britain of one of the most successful new treatments that has been in trial experiments.  It is a method that allows the body's own immune system to kill cancer cells.  We pass this on to you, and hope it might bring hope to people. We also give thanks to BBC and James Gallagher for publishing this report.

"A new form of cancer treatment is giving doctors and patients hope for a long-term cure to the deadly disease. The BBC's James Gallagher writes about a new trial experiment conducted in the UK using the drugs ipilimumab and nivolumab, which showed “spectacular” results for almost 60 percent of the cases tested. The international trial, using 945 patients with advanced melanoma, found that the combination of the drugs was able to stop the tumor from growing for about a year in 58 percent of cases. 'By giving these drugs together you are effectively taking two brakes off the immune system rather than one so the immune system is able to recognize tumors it wasn't previously recognizing and react to that and destroy them,' British oncologist Dr. James Larkin told BBC News."