One of the things that I have appreciated about Republicans, is their desire to allow the people to be left alone and to encourage individual rights and local regulation instead of centralized laws.  Republicans have been saying that they promote the desire and the rights of individuals without Government telling them how to live or what they can or cannot do.

Democrats also have that belief, but of late, it seems that Republicans have been most outspoken about "laws that take away individual rights" and have attacked Democrats for passing laws that overwhelm individual rights to live, and be left alone. Democrats believe that politics at the local level is the foundation of democracy.

Thus for decades, there has been a push to take power away from national or state bureaucrats by Republicans. They say they wish to allow American citizens and local people determine their destiny.  Not so, in Greg Abbott's mind, or in his state, Texas.  The most independent minded people in the USA, that is, Texans,  have been double crossed by the State of Texas, intruding into their individual community rights, and there is no doubt  it is an outrageous intrusion.   One of the stalwart concepts of America, is that most Americans prefer to have personal freedom, especially in matters of home, living, life, the air they breath, the water they drink , the property where they live and the community they wish to raise their kids in.  "This is OUR town", a refrain repeated by many independent Texas communities.

Therefore I was surprised when Governor Greg Abbott of Texas, signed a law into effect that took the rights of individuals, to deny fracking wells on their property, or in their towns.

Governor Greg Abbott sold out to the big oil and gas companies. 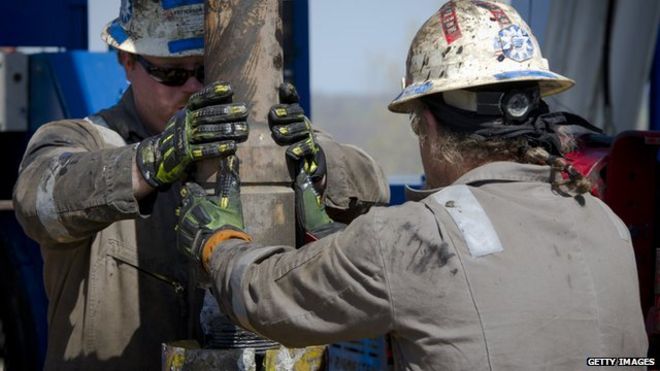 Governor Abbott took rights away from the people of Texas, in favor of the rights of big oil and gas.  "Oil is more important that Texas towns" Greg Abbott and his oil cronies seem to be saying.

In Texas, over 60 towns have passed laws that ban fracking, or regulate fracking  in the city limits.  The reason is well understood in other towns that have reported, and as the government has confirmed, have experienced water pollution, air pollution, noise, lights, traffic, odors, vibrations, from drilling activities.  In Europe fracking is banned in many nations because of the many problems associated with it.

In New Mexico several areas, such as Mora County, and Las Vegas, New Mexico have determined that they do not wish to have fracking in their areas.  This is one of the poorest areas of the United States. But, the people prefer their mountains and their clean streams, to the alternative of oil and gas activities.  It is their choice, by democratic vote.

A personal story.  My wife and I own a house, in west Fort Worth and we personally watched fracking wells, being drilled within view of our backyard deck.   Our joy of watching wild turkey, deer and enjoying quiet breakfasts, or sunsets was often interrupted by drilling noises, loudspeakers, big trucks, not to mention the bright lights and noises throughout the nights. The fumes and odors were an irritant, the dust and smoke intimidating.   We have grand-kids and often worried that we would not be able to allow them to ride their bikes or go for walks, on our road for fear of the big trucking rigs that rolled to and from the wells.  We purchased that 13 acres for "privacy" and the ability to live and enjoy our lives "in peace and enjoyment" (wording from the law on personal rights).

Like many people we were pleased that new oil and gas activity would help the economy and bring in new jobs. But we were disturbed when it disrupted an important part of our lives. So we understood when some towns, voted, like Denton, Texas by a majority of 59% of the people, to keep fracking out of their city limits.   We believe in personal freedom above all, but also believe that cities, towns, and communities are the most direct voice of the people, and that governments are formed to protect the rights of people.  To allow unregulated business, is to return to the days, when business leaders are like kings, with unlimited power over politicians and people and where greed is more important than individuals.

So, there are 60 towns in Texas, where the people have voted, that they would forgo oil or gas wealth, to keep their homes, their neighborhoods free of the dirty industry of drilling and fracking. In these 60 towns they opted by vote, by the power of personal freedom and democracy to go for peace and personal control of their lives, by banning fracking and regulating what oil and gas companies do in their communities.  It seems right that people who form a community should have the right to determine the rules and laws for their community. That is called local politics, it is called Democracy.  It is the central part of what Republicans say they believe in.  "We the People" not outsiders, or big business, or interlopers, but individual families should have rights to protect their communities from perceived dangers.

But, then the oil and gas companies, started a power campaign to flex their muscle, and they are well known to this Governor. They howled that they should be allowed to drill anywhere they want and that the laws and regulations that people in communities had made, were irrelevant to them.  Essentially, they said that the rights of oil and gas companies are more important the the rights of local communities and local people.   Greed of big business, combined with a Governor who has taken huge sums of money from his buddies in the industry, managed to get a bill passed and signed by this Governor, Greg Abbott, to ban  laws that ban or regulate fracking, passed by cities and towns in Texas.

This law, is a worst case example of the inconsistency of this Governor, in Texas,  because it flies in the face of the concept that government bureaucrats should stay out of people's lives and personal freedoms. It would seem that Republicans believe in individual rights, except when it gets in the way of greed, big business, or their political contributors.

Many asked the question of how Abbott would lead, before he was elected Governor of Texas.  The answer is becoming clear. Heavy handed. Against support for educational programs for kids. Against Medicare, Medicaid, philosophically against Social Security. Against the new health care act.  Against towns and communities who wish to run their own towns, when it comes to keeping the oil companies from drilling rough shod over Texas towns.  Texans are learning that Greg Abbott, is a different kind of Governor. If Rick Perry catered to the red neck oil and gun culture, Greg Abbott rushes to polish their boots.  Bought and sold by the far right wing, he is the Governor of a State of people who are far more charitable and giving than he is.  The entire world snickered when this governor ruled that the Texas State Guard, (a group that normally handles disaster relief such as passing out water bottles after tornadoes, or helping people in floods, ) was to go an monitor the United States military, as they did practice drills in Texas. Why?  Because some Tea Party radicals of the oil patch, came up with a conspiracy theory that the United States wanted to seize Texas through Marshall Law.   That's where this governor is in his mentality. Assuage the oil crowd, the radical right wing money crowd of Texas.  Sadly, the people of the State of Texas is getting an answer to the question "How will Greg Abbott lead Texas?"   Not very well, thank you. 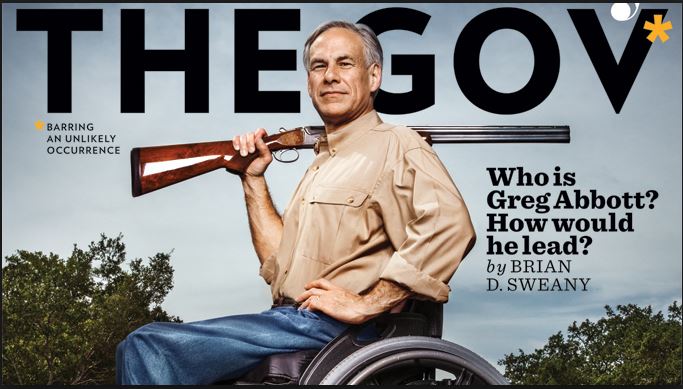 We note and quote parts of an article on this from the BBC, in England, because it provides a "Global Perspective" of this discussion.  See below:

A law signed this week in Texas now prohibits cities and towns from banning fracking and other activities that harvest oil and natural gas.

The law was drafted after voters in Denton, a city outside Dallas, banned "hydraulic fracturing" locally in 2014.

Similar bills are being considered in US states including Colorado, Ohio, Oklahoma and New Mexico.

Republican Texas Governor Greg Abbott called the anti-fracking measures heavy handed regulations.  (note from BGP  :  Local control of the people to determine how they wish to live and handle their property, their towns, and their neighbors, is an essential democracy and freedom)

"This law ensures that Texas avoids a patchwork quilt of regulations that differ from region to region, differ from county to county or city to city," Mr Abbott said.

(note from BGP :  Texas Oil and Gas Association President Todd Staples made this curious and spinning statement that "This law is to protect the Texas oil companies from individuals stepping on the property rights of oil and gas companies."   Wow. Now the companies have rights that supersede the rights of individuals?)

Fracking is the process of drilling down into the earth before a high-pressure water mixture is directed at the rock to release the gas inside.

Water, sand and chemicals are injected into the rock at high pressure which allows the gas to flow out to the head of the well.

In addition to concerns about groundwater, studies have found that fracking can cause small earthquakes.

Supporters of fracking say the extraction occurs thousands of feet beneath drinking water, where chemicals pose no risk.

Two of the most productive US shale oil fields are located in north Texas near Denton. The law was backed by oil and gas interests.

"The state of Texas has failed to stop Big Oil from polluting our air and water, causing earthquakes, and putting our families at risk from leaks, spills and explosions," Environment Texas Director Luke Metzger told the Dallas Morning News.

Calls for more regulations on fracking in the US are growing throughout the nation.

If you would prefer the oil and gas companies to drill outside of your city limits or away from populated areas, you would be more in line with most homeowners, in Texas and New Mexico.