The recent release by the Federal Housing Finance Agency (FHFA) shows that its measure of house prices, House Price Index – Purchase Only, rose by 5.1% on a 12-month seasonally adjusted basis in January 2015. This marks the 36th consecutive month of year-over-year growth. Over this nearly three-year period, house prices have risen by 20.1%.

Similarly, the recent release from Standard and Poor’s (S&P) and Case-Shiller indicates that their measure of national house prices, the House Price Index – National, rose by 4.5% on a year-over-year seasonally adjusted basis. This is the 33rd consecutive month of year-over-year increases in the house price index. Over this period of more than two-and-a-half years, house prices have risen by 22.1%. 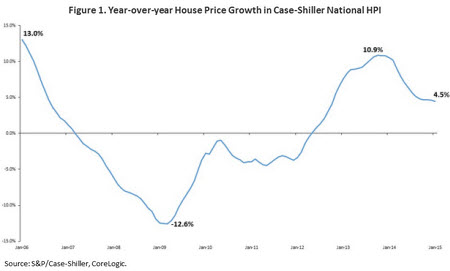 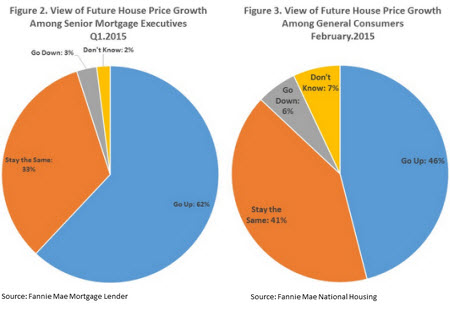 We at BootheGlobalPerspectives saw the same trends, with fairly rapid growth in 2014, then in January of 2015, with the rapid drop in oil prices, the market seemed to pause and take a breath. But our appraisal company, Boothe Appraisals has seen a definite increase in real estate values and activity in March, April and May. It is again time to buy houses, and oddly, the one of the leading groups of house activity and value increase is homes that are 3,500 s.f. to 5,500 s.f. in size. Normally the smaller homes increase in value the most, but we are seeing pent up demand for upper middle class, and luxury sized homes.