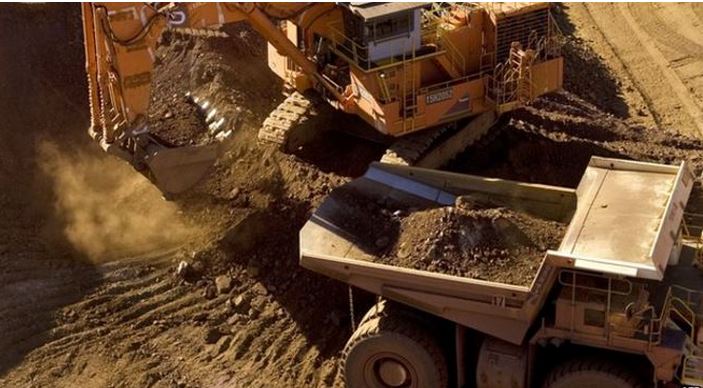 Fears of Iron dropping into the “$30’s” representing one of the most severe downward moves in recent years is causing economic turmoil and disruptions.

In the past 50 years, a drop in the price of iron has normally been the result of recession in the USA. A drop in iron prices means that there is lower activity to build bridges, less construction of commercial high rise buildings, less demand for heavy equipment, less demand for manufacturing of things such as trucks, cars, or weaponry such as tanks, lower demand for rail track and rail road cars.

But this drop of demand for iron and steel is not in the USA.  The US economy is in a stable but slow upswing, with some declines coming in the oil and gas industries. This drop of demand seems to be originating in China.

While pure market supply and demand, initially keyed price declines, driven by China's recession, it appear that some artificial factors have entered into the mix.

The drop of demand this time, keys on factors including:

Australia, a large iron producer has been hit so hard that the Treasurer announced that the nation may have to slash their budget and write down $25, billion dollars of “expected revenue” due to iron’s price decline. Australian iron producers had hoped to drive China out of the market by continuing production even as prices dropped, but the Chinese responded by keeping production high. These two nations are competing to drive each other out of the market.

"I'm reluctant to tell people how to run their companies. Not that it stops them from telling us how to run the country," he said.

"But they, you know, they've got a fiduciary obligation to act in the best interests of their companies and their shareholders and they're doing that."

However, Mr. Hockey noted that the Chinese ore producers had not scaled back production as Rio and BHP had anticipated and it was up to the companies' respective chief executives to explain why. So mining nations, such as Australia and mining centers of the USA have been hurt by the Chinese recession and the Chinese policy to not only keep iron production high, but to dump iron on US markets at rock bottom prices.  Large companies in Canada and Australia such as Rio Tinto, continue to produce and to fight to compete and control their markets.

In the meantime, a similar battle is ongoing between Saudia Arabia and other producing nations, to keep the price of oil low, so as to make prices so low that other producers will curtail production.  While many new drilling projects have been put on hold in the USA, many economist point out that US production of natural gas has continued and even increased.  The nations most hurt by this, are Iran and Russia. Beneficiaries of this one are China, India, and major industrial centers that use much oil and gas. Saudia Arabia seems to be losing their battle, as oil prices, after dropping to $40 per barrel, have edged back up to the mid to high $50’s.

In an international “free market economy” the distortion of governments using production policy to try to manipulate free markets to gain market share only cause “trade wars” such as the world saw in the late 1800’s and on through the 1900’s.  Everyone likes to say they believe in unregulated “free markets” until they see that they are losing the battle, then politics and manipulations such as these two great “trade wars” of iron and oil, get politics involved and markets are distorted. The result, is economic losses and destruction of markets for all concerned.   Ben Boothe, has spent 30 years researching trade and market causes and effects. “We at Global Perspectives believe a form of international regulation and law should be in place to avoid these types of artificial manipulations of the market that can have disastrous effects on national and local economies throughout the world”.   An international economic tribunal or court should be in place to deal with manipulations and anomalies brought on by political power and control issues.