President Obama, in response to the outrageous kills, beheadings, and human rights violations of ISIS, as well as urging from Republicans in the House and Senate, has requested broad new war powers, to increase the military activities of the USA, against ISIS. John McCain and many other Republicans have been calling for "Boots on the Ground".  Others would like to see Obama cut programs such as Social Security, Medicare, Medicaid, and the new Healthcare law, and spend that money on military equipment and aid.  Yet others would eliminate tax cuts on the middle class, and use it to increase military spending.

The Democratic way is to try to gauge the will of the American people. We just saw a new poll, that is still being taken, but with about 18,000 respondents, (which is a good sampling) note the results. This provides a good feel for what American citizens think of expansion of this new war. 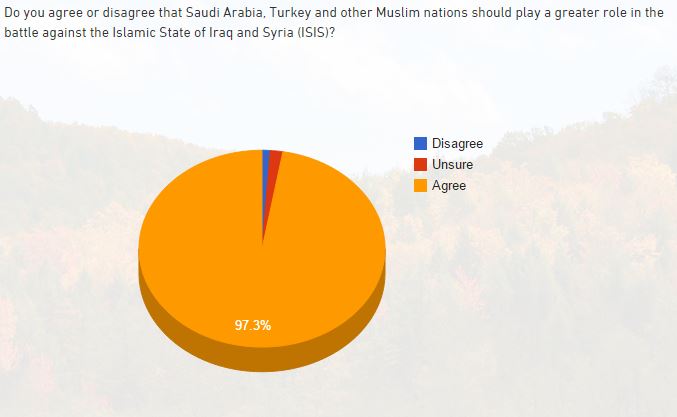 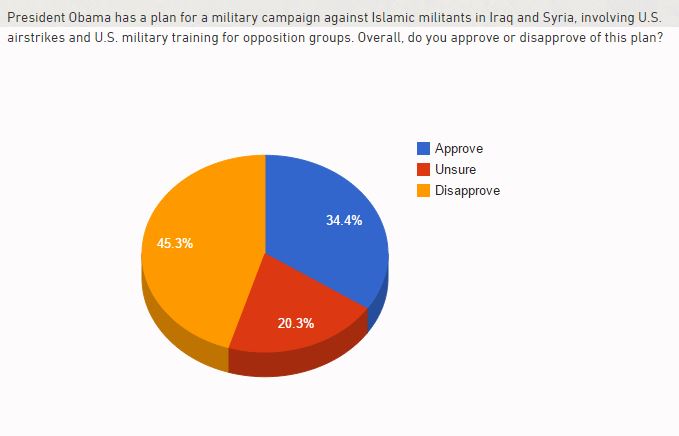 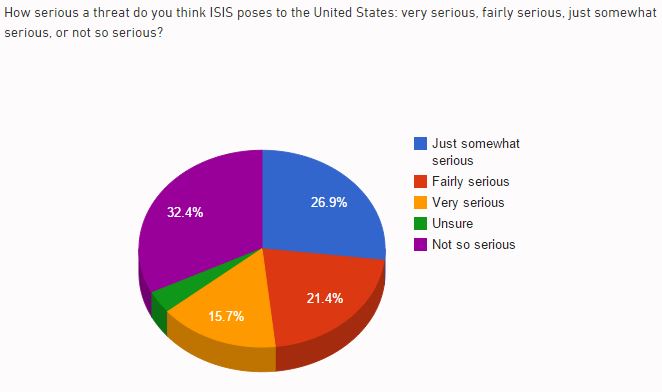 When push comes to shove, over 50% of Americans are not too worried about ISIS being of any significant danger to the USA. 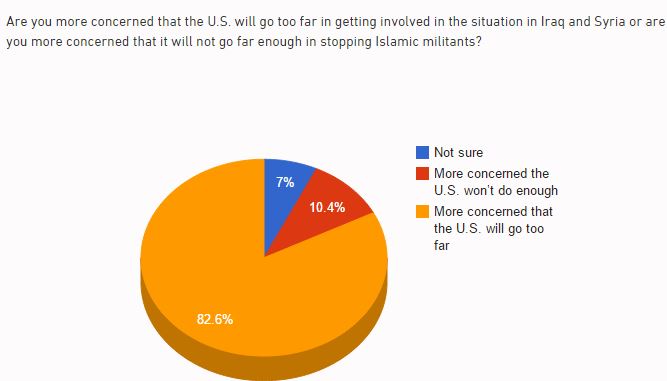 An overwhelming number of Americans remember the Viet Nam war, the Korean War, the war on Iraq, and the war in Afghanistan.

In spite of media hogging terrorist stunts and camera hungry outrages, by ISIS the Middle East would probably have more peace, if the USA was not there.  Perhaps if US forces were absent, Saudi Arabia and Iran would truly engage their resources in a war against ISIS.

ISIS has done more to hurt the Image and Perception of Allah and Islam than any group has done in centuries.

The war of ISIS is a political power play, but it would be best if Islamic nations fought the battle for control of their region, with their forces and their people. Saudi Arabia has been guilty of planting the seeds of terror by its support of activists groups, and Sunni terrorist groups throughout the world, but primarily in the Middle East. Now Saudi Arabia is beginning to feel insecure about ISIS.  Iran has long been a leader in the region, and also opposes the ISIS, Sunni philosophy.   With those two king pins at play in the Middle East, the United States is in the middle, fighting an air war against ISIS for them.   There is no doubt that if the USA dropped away from the scene, that the war would not be focused on the West, but would then be a war totally of Muslim against Muslim.  I have an idea that when the USA spends $2,000,000 to bomb hundreds $40,000 pick ups, and spends hundreds of millions on air force, naval and other support systems, that we are being "bled" financially, on purpose, responding to obvious "goading" by the ISIS fanatics.  They want to bleed us economically.  Each $million that we spend there, we do not have to spend on developing the American economy or rebuilding our infrastructure, schools, and thousands of projects.  The polls reflect these considerations on the part of the American people.

Jordan, Iraq, Iran, UAW, Qatar, Israel, Afghanistan, Pakistan, India, Turkey, all need to get in the game and protect their region. We at Global Perspectives are slowly beginning to believe that the region has an Islamic, Arabic, Iranian, Kurdish, Turkish problem.  Most of them are fighting half hardheartedly knowing that the USA would come to the rescue. Every time we see another barbaric media event murder, the USA take the bait.   Americans don't like what they see over there, and so, perhaps it is time for us reconsider whether we should even be there at all.  If we are fighting for oil, it is not our oil. If we are fighting for territory, it is not our territory. If we are fighting to win friends and influence people, it will not happen. We will always be considered "outsiders" and "enemies" of Islam.  So, what are we fighting for and what do we expect to win, even if we win?  It would seem that we have far more to lose than to win. America is the worlds largest energy producer, and we are fighting, protecting Saudi Arabia from ISIS, while Saudi Arabia drops the price of oil so low that it causes hundreds of thousands of lay off's and job losses in the USA.  We are fighting to support Sunni people from Iran, while Iran still calls out that the USA should be destroyed. What are we hoping and realistically thinking that we can win by being there for yet another broader war?

How about the idea that we take that money that we are spending blowing up pick up trucks and mud and stone houses and build better hospitals and schools in America. How about this idea. The Shrine Children's Hospitals, 22 of them, treat about 1,000,000 kids a year, at no charge to kids who cannot pay.  Why don't we expand services such as this, and instead of spending millions blowing up Toyota Pick Up trucks with guns on them, how about we spend a billion or two making our charitable children's hospitals better. What if we spend more money of upgrading and improving our VA hospitals in the USA?   What if we broaden the educational financial help to send more kids to advanced universities?

Give peace a chance, give our military a rest. How about this idea. Declare a campaign to help Americans to achieve their aspirations in life, business, education, and personal development. Now that would be a war I could support without hesitation. 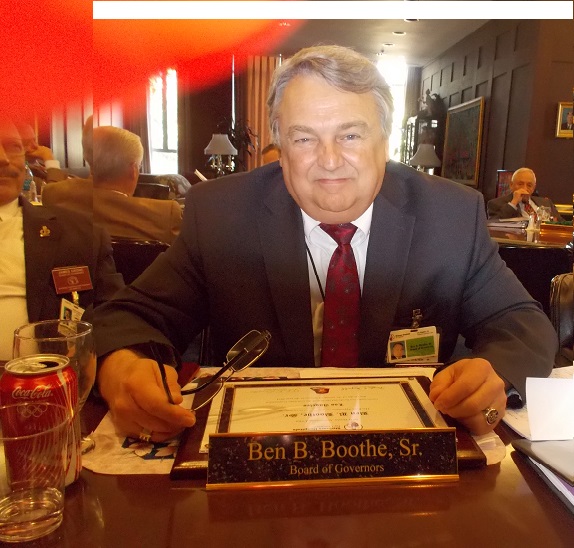