President Goodluck Johnathan's political campaign has attracted groups of kids throwing rocks at his political entourage as he runs for re-election.

These Nigerian kids are angry at their President for his failure to protect his people from Islamic terrorists, who repeatedly have kidnapped children, raped, pillaged, murdered and burned almost at will. 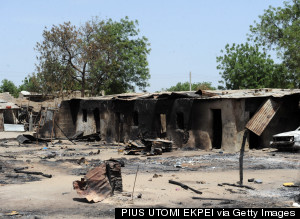 President Goodluck Johnathan, has catered to the oil wealth in his home city, while allowing greed, corruption, arrogance and the worst of terrorist thugs to run wild across a large section of Nigeria.  The kids, who have friends and relatives who have been kidnapped and murdered by the terrorist thugs have watched at President Goodnight has been ineffective. Consistent with his character, he had the police to use tear gas and whips to disperse the crowds of kids.

We at BootheGlobalPerspectives have warned repeatedly that when government leaders opt to favor the rich and powerful, that the society will become unstable and revolt.  Nigeria has oil wealth, and it's leaders have chosen to favor opulent life styles and have been prone to be influenced by many outside forces. Some fear the Islamic terrorists, others are said to have taken bribes from them. In any case, Nigeria, under the lack of leadership of President Goodluck Johnathan, has simply lost control of a large part of Nigeria.  Even when American soldiers went the the country to help find the thug terrorists, they were asked to leave by Nigeria's government, leaving hundreds of kidnapped children in the forest to the devices of the terrorist thugs.

From Jalingo, President Jonathan flew to Yola, capital of Adamawa state, where officials had declared the route of his motorcade a no-go area. The presidential cavalcade already had been stoned in northern Katsina city and northeast Bauchi last week. Youths in Bauchi flung shoes and plastic bottles at Jonathan's podium at a rally.

In Jalingo, soldiers have had to guard billboards and posters of Jonathan, who is running for re-election on Feb. 14.  The Associated Press reported kids yelling:

"Why are they using soldiers and other security operatives? They should be deployed to Sambisa and fight with Boko Haram, not with innocent civilians," one youth yelled as he tore down a poster of a smiling Jonathan.

The terrorists have long used a refuge called Sambisa Forest,  where the insurgents have camps and where they are believed to be holding some of the 276 schoolgirls abducted from a boarding school in the remote town of Chibok in April - a mass kidnapping that brought international outrage. The United States sent advisers who apparently found the soldiers and some of the girls, but then were asked to leave Nigeria by President Goodluck Johnathan.  Reports said that the Islamic terrorists had given money and had influence on his government.  Since then, many other villages and hundreds of people have been kidnapped, murdered, raped, and watched as family members have been tortured. 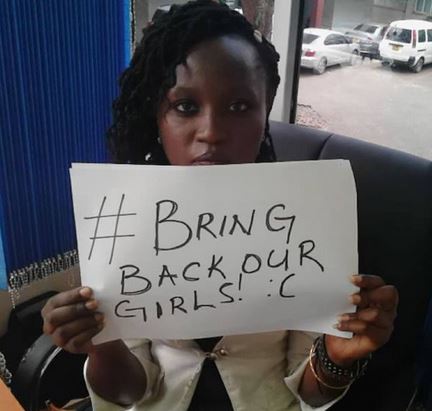 At a rally in Yola, Jonathan promised his government will do more to help some of the million-plus people driven from their homes in the 5-year-old insurgency, as the crowd seemingly did not believe him.

"We are totally committed to the liberation of Adamawa state," Jonathan pledged. But Adamawa state legislator Adamu Kamale complained Wednesday that seven villages and Michika town have been under attack by Boko Haram since Friday and that he has appealed in vain for soldiers to come and fight the extremists. President Johnathan Goodnight apparently has done little or nothing.

We at BootheGlobalPerspectives send our thoughts, our support for the afflicted, and our hopes that the people of Nigeria can find leaders who will bring light and peace to their nation.  We leave you with this quote from Langston Hughes.