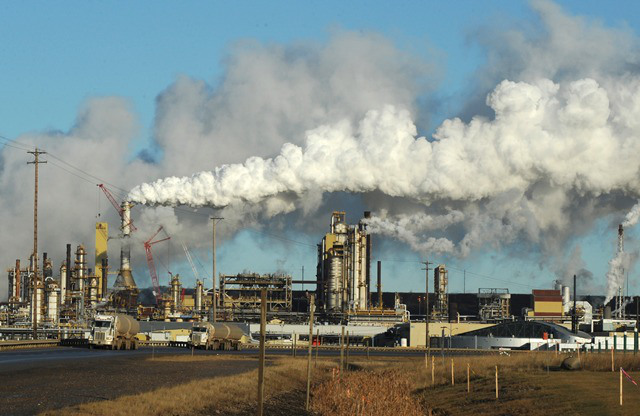 BootheGlobalPerspectives has many readers in UAE, Saudi Arabia, Ecuador, Venezuela,  Mexico, Canada and of course the oil and gas production areas of the USA. We provide this as an update from the Permian Basin newspaper blog.  With the prices of oil at less than half of what they were six months ago, we are surprised that the rig count has had just a few declines.  If prices remain low, this will change and we will see new drilling activity drop. But most oil men seem to think that this decline is not about market value, but about political pressure on Iran, Russia, ISIS, and North Korea.  Thus, most think that it is a temporary dip in price.  Russia only has enough foreign credit reserves to last 14 months, Iran and North Korea are in much worse shape.  But the good news that we see is an across the board decline in methane gas emissions down in drilling areas. This suggests that regulations combined with industry efforts are working, and we applaud the industry for these efforts.   Enjoy these "field reports" from the oil patch.    Ben Boothe

News from the Permian Basin and West Texas:

EPA study shows emissions down in Permian Basin, other regions

A study by the U.S. Environmental Protection Agency shows that – despite rising production in the Permian Basin and other domestic oil and gas plays – methane emissions have declined in the Permian and other major producing regions.  The study shows that emissions in the Permian Basin fell 9 percent to 4.2 million tons in 2013 from 4.6 million tons in 2011.  Emissions were down even more in other regions, including 18 percent in the Gulf Coast, which includes the Eagle Ford Shale.  Larry Richards, president and CEO of Hy-Bon Engineering in Midland, told the Midland Reporter Telegram last month, “The fact we’ve been able to reduce methane emissions here in the Permian while dramatically increasing overall oil production is a real feat.  It shows the real tangible results of many oil companies placing a focus on capturing these gas streams since 2011 and putting them into a pipeline where they can create energy for the country.”

Plano-based Torchlight Energy Resources acquired 172,000 acres in west Texas to drill exploratory wells that the El Paso Times said “could lead to a shale oil bonanza in the region.”  A majority of the land in Hudspeth County includes oil and gas properties leased by the University of Texas System.  “This new Orogrande (basin) project has the potential to add 2,500 wells to our current drilling inventory of approximately 1,000 existing locations,” Tom Lapinski, CEO, told the Times.  “This new asset gives us the opportunity to prove up and develop the western most section of the Permian Basin and chance to make history with another emerging play.”  Torchlight is required to pay a total consideration of 865,000 shares of Torchlight common stock and $100,000 to McCabe Petroleum.  Torchlight is obliged to begin operations by March 31, 2015.

Houston-based EOG Resources said in its third-quarter earnings call that it considers various formations in the Delaware Basin of west Texas and eastern New Mexico to be among the top three plays in the U.S. in addition to the Eagle Ford in south Texas and Bakken in North Dakota.  According to the Oil & Gas Journal, Bill Thomas, CEO, said EOG will continue to invest in those three plays as planned despite falling crude oil prices.  EOG said its third-quarter crude oil and condensate production increased to nearly 300,000 b/d from 235,000 b/d for the third quarter last year.