Many have passed the phase of internet living as a world of fun exposure and public exposure. It started as a fun "flashing" of photos and personality. The days when cute networking ideas such as "Google Plus", "Twitter", "Facebook" and "Linked In" make the number of "readers" or "likes" the goal of millions, is evolving and passing.  Some believe the economic rewards of the "free advertising" may not be worth the security risks that come along with it.   Global Perspectives predicts (confirms may be a more precise word) a trend when corporations, institutions, business leaders, and thinking individuals are seeking a new goal. Internet security.  Impenetrability. Nations once bragged and displayed their weapons openly, now many who are serious find ways to protect them. Today, in this environment, all of us, especially exceptional VIP's, people of interest, business leaders and corporations, are seeking to make our data, our "treasure", our lives more secure and sometimes invisible. 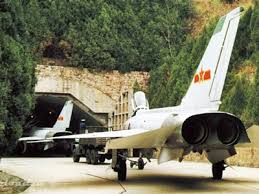 "How can we become impenetrable?" This question is being raised in board meetings throughout the economic world.  Big business, government and communication systems at every level are vulnerable to invasion, not only from the lonely geeks, but from nations such as China, Russia and a host of smaller malcontents in the Middle East and Central Europe.   But on another level, individuals who once bragged about the thousands or millions of followers are becoming more interested in encryption, barriers, shields and ways to become invisible.

We at GLOBAL PERSPECTIVES predict this as the next big trend. To that end we are moving in a direction putting brilliant minds together as a team to create an executive VIP service to help people who value their privacy and are already secure in their identity to become invisible and impenetrable. Let us hear from you if you have  need or something to contribute at Boothe Companies Consulting.  If you don't see any details there about what we are specifically doing on impenetrability and privacy, that is by design, you are beginning to get it.

We see obvious applications for business systems.  Daily we see shallow, poorly developed web sites and business sites riddled with security loopholes on line.  Retailers and financial institutions, municipalities and states, seem to be particularly vulnerable. We also see the same for individuals, who seem almost to be asking for or inviting invasion and hacking of their sites and lives. Like the old castles, those "walls" no longer work, it is time for new ideas. People who value their lives, their privacy, their security, need a secure layer of protection. Impenetrability is the word we like. 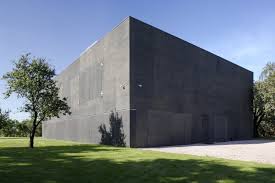 Changes are coming that may vastly impact the internet as we know it. While big governments (some which are not friendly to your culture or way of life) want more access to use the internet as an information gathering device, more industry leaders such as Apple, Google and Microsoft are developing programs that do not allow them or anyone to hold or keep data about their clients. Their statement to government hackers is: "Sorry, you couldn't control yourself so we are removing our data bases from your scrutiny, because we are making private data even impossible for us to access."  The internet, can be a powerful tool to the crooks, the scumbags and the political despots who would use the internet as a tool of greed or war.  Consider internet stalkers who follow VIP's or individuals. My friends, you need a sword and a shield for personal protection of your data.  We can tell you where those 'stalkers' are, when they are watching, and even their own internet identifiers, (who they are).  More importantly, there are tools that can be customized for you, that automatically block them, and protect your personal and financial systems from intrusion.

Jon Evans, Internet guru and writer says: "Secure peer-to-peer applications are appearing all around. Consider, for example, Places, an end-to-end-encrypted sharing app (for files, messages, VoIP, etc.) that supports both peer-to-peer and hub-and-spoke connections. To quote its co-founder Vigile Houreau: “It’s not only an app. It’s a server that runs on your client side.” Similarly, BitTorrent has just added a secure chat application called Bleep to its panoply of peer-to-peer services.

In the interim, we should at least make a point of securing our connections to our servers (and other devices) — and there’s some good recent news on that front, too. I hereby loudly applaud CloudFlare for their new Keyless SSL, which lets their customers support secure connections–and perfect forward secrecy–without having to ever turn their private keys over to CloudFlare. (Introduction here; far more detailed and technical writeup here.) Good stuff.

This notion of securing your customer’s data without holding the keys used to encrypt it, so that you can’t de-crypt it and turn it over even if you want to, appears to be gaining steam. It is almost like instead of keeping the data and treasure in a vault, we simply don't keep it. The true treasure is in the open exchange of ideas. Perhaps the best vault is your own personal arsenal that is impenetrable through multi layered systems. 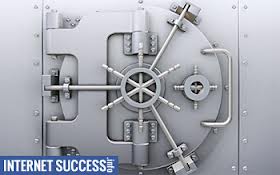 Thus we at Boothe Global Perspectives predict and advise people, and companies, governments and institutions "Take control of your identity. Create the public identity that you control, and then create a private world that only a few trusted people (who are also protected) can ever enter, through comprehensive and custom hard and software applications tailored for your impenetrable world".

I write this from high above the valley of lights, where the stars of heaven shine as brightly as the lights of the grid. Where am I?  I am here, virtually, with you.

Be safe, secure and at peace and above all, have "More Light".