Who would have thought that Fibonacci would be the center of attention in our farm field of west Texas, between Lamesa and Lubbock!

But there he was, clear as day, and I saluted him, as the sun rose casting a golden “feeding” light on 5,960,000 Sunflower plants at our family farm. The Fibonacci sequence is named after Fibonacci. (Leonardo of Pisa). He was educated by the Moors, and became the greatest mathematician of the Middle Ages by utilization of Arab/Hindu mathematic systems. His 1202 book Liber Abaci introduced the sequence to Western European mathematics, although the sequence had been described earlier in Indian mathematics. His math and especially the Fibonacci sequence, is used widely by computer algorithm designers, economics and businessmen. By modern convention, the sequence begins either with F0 = 0 or with F1 = 1. The Liber Abaci began the sequence with F1 = 1, without an initial 0. Fibonacci numbers are closely related to Lucas numbers in that they are a complementary pair of Lucas sequences. They are intimately connected with the golden ratio; for example, the closest rational approximations to the ratio are 2/1, 3/2, 5/3, 8/5, and so on. Applications include computer algorithms such as the Fibonacci search technique and the Fibonacci heap data structure, and graphs called Fibonacci cubes used for interconnecting parallel and distributed systems. They also appear in biological settings, such as branching in trees, phyllotaxis (the arrangement of leaves on a stem), the fruit sprouts of a pineapple, the flowering of an artichoke, an uncurling fern and the arrangement of a pine cone.

And Fibonacci’s Golden Spiral is in our Sunflower field in West Texas.

The length of the side of a larger square to the next smaller square is in the golden ratio.
In geometry, a golden spiral is a logarithmic spiral whose growth factor is φ, the golden ratio.[1] That is, a golden spiral gets wider (or further from its origin) by a factor of φ for every quarter turn it makes. Advanced Freemasons of the modern age and the old Knights Templars of history considered the golden spiral mathematical education with many implications for not only business but for life. The U.S. Treasury Secretary under Franklin Roosevelt used this sequence to help formulate economic policy and projections of the US economy. Modern business has devised numerous applications and algorithms based upon this sequence.

Formula for those who enjoy mathematics: 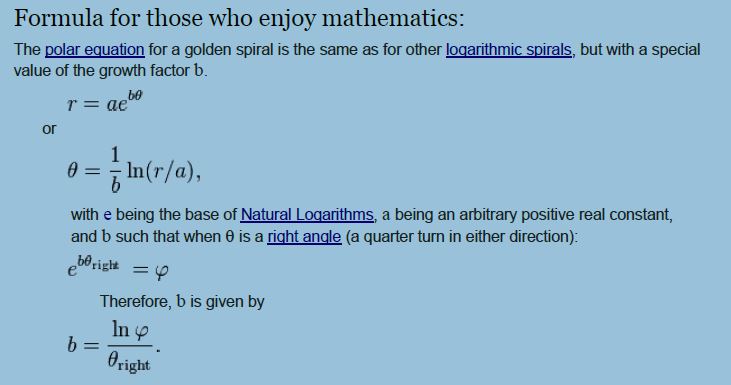 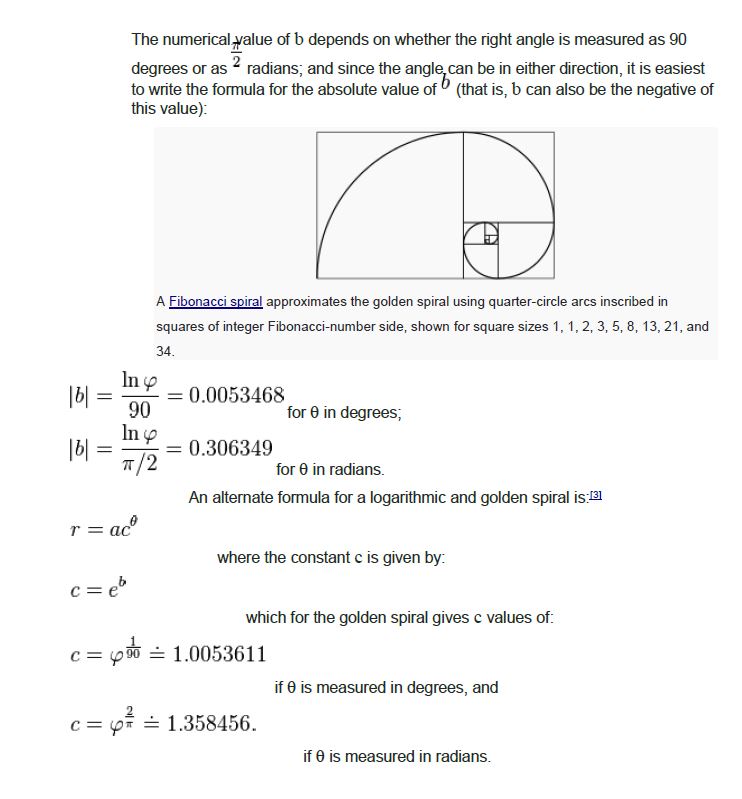 Take a look and see if you can see the golden spirals: 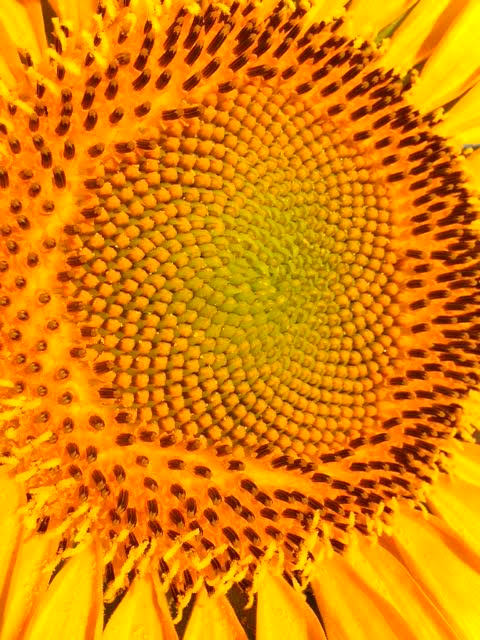 Sunflowers are interesting plants. Did you know that they face the east, instead of following the sun from east to west like most flowers? A look at the stem will tell you why, it becomes stiff and hard.

But in terms of agriculture, sunflowers, as have almost all grain and food crops, have become very valuable. I calculated that in our farm we have an estimated 5,960,000 plants, and if each plant produces 8 ounces of sunflower seeds, these sold in the shell, bagged and raw have retail for $2.00 per bag. Multiply it out, and that is equal to 5,960,000 bags of sunflower seeds, worth $11,920,000. So, whittle it down a bit for loss or just to be conservative, and we grow enough sunflowers to retail for $9,312,500 or feed an entire city all of the sunflowers they might enjoy. The math certainly is an estimate, but the idea is that, this crop can be very productive. Farmers, well, they only get a small fraction of that for growing and producing, but this has made a great cash crop for farms, especially when cotton, or other traditional crops have been impacted by a glut of cotton grown from Asia, India, Central Asia, Africa and Latin America. In terms of food production, farmers are gradually shifting to new ways of growing and are seeing the merit of food and grain crops.
For example, while the sunflowers on our traditional dry land farm, grow to be about 4 to 6 feet high, we experimented with one of our seeds in a http://www.cornucopia-enterprise.com greenhouse, where the environment is more controlled, and with a longer growing season. If you can look closely that is me (5’11” tall), standing next to a sunflower plant that is now 17 feet tall, and hasn’t even set the bloom yet. If you calculate a size potential, one might wonder how much more farmers could produce in small greenhouse tracts, using drip irrigation, to grow more food for lower cost in water and fertilizer.

17’ Sunflower, grown in greenhouse, drip irrigated, and fertilized one time.

Consider the far reaching ways of knowledge and information. The beautiful spirals in our Sunflower Plants have taken us from O’Donnell, Texas, to Pisa, Italy, the ancient mathematics of the Moors of the Mediterranean, and Hindus from India to economists in Washington DC to computer programmers in Silicon Valley, to our mountain top office in New Mexico and back to our research greenhouse of http://www.cornucopia-enterprise.com, in Fort Worth, Texas.

We believe that food crops grown in greenhouses with solar panels used to power fans and drip irrigation to conserve water, may be a very profitable endeavor, and could create vast new sources of food at a fraction of the cost. 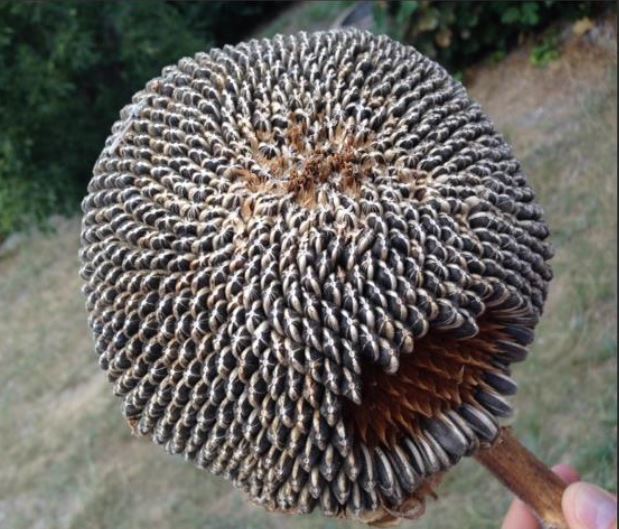 Seed from the plant we used to grow the tall sunflower plant, in Cornucopia Greenhouse

If you like to grow things, and want to try to grow one for your own agricultural research, send a dollar bill or a check to: Cornucopia Enterprise, with a stamped return envelope, and we will send you 2 of the seeds from the plant that made this giant 17 foot sunflower plant. Mail it to: 9800 Verna Trail N., Fort Worth, Texas 76108, and let us know how you do. Send your photos of your plant with any details next year.