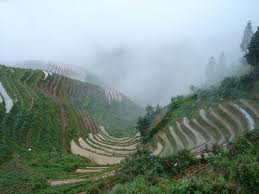 China again is faced with its own cultural brand of schizophrenic conflicts in that two agencies of China’s government released a report that 20% of the farmland in the nation is polluted, but they gave no details and did not provide a format for questions.

One has to wonder why the nation would go to the effort to test soils in the country, prepare a report, then release a study with little detail, offer no answers to detailed questions, and offer no solutions.  The people of China might as well just say:

“So you are telling us what we already knew, that we have been dying for years because of this, and we can expect to continue to grow, eat and export contaminated food.”

One must believe that the problem has become so severe that it can no longer be hidden. That the Chinese people know of the poisons and hundreds of medical issues that have resulted for hundreds of millions of Chinese people.  Our heart goes out, especially to the children of China, who are most susceptible to chemical pollution, but who may not sicken and die until adult years, with no one taking responsibility or accountability. Perhaps the report will cause the people to rise up and demand clean environmental policies.

The report does say that 19.4 percent of farmland in China is polluted, and 16.1 percent of all land in the nation is contaminated. They then say that 1.1 percent is “severely polluted”.

Of course, environmental experts including those at: Environmental Solutions have raised the point that this has huge implications for food products grown in China. The main pollutants are cadmium, nickel and arsenic. These are by products of industrial factories, especially metal mining, refining and processing.  Most environmental confirm that the health of a nation is directly impacted by dirty air, water and food products.  It reflects concerns for Americans that have surfaced repeatedly, and that is that Chinese products of all kinds are suspect of having a poison or defect about them.  Something about unbridled greed, and a massive lack of accountability. Chinese businessmen do understand when Western importers establish quality control standards and refuse to pay for Chinese goods that are substandard.  But that is more about greed than social responsibility. Ironic then isn’t it. A land based upon socialist, Communist ideals of social responsibility, evolving into the world’s greatest offender of human rights and allowing almost criminal production of food, and exports, that poison or hurt humans. 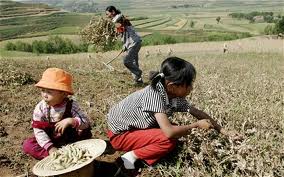 China’s leadership has long reflected a schizophrenic style of governing. Secretive. Paranoid. Repressive. Controlling. Yet they seem to have visions of grandeur and world power, all at the expense of their own people. China seems to invest it’s billions of people like pawns, caring little if they kill of a hundred million or two through irresponsible leadership development policies. Oddly, the Chinese people bow down and humbly go along. Partially for fear of punishment from the government system, partially knowing that the legal system is corrupt, and partially out of a cultural attitude that seems to be: “Just keep on working, don’t complain, live and die quietly.” 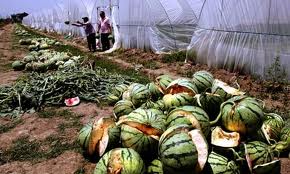 In my many visits to China, I have often looked out my hotel window at the brown hue of the air, after walking outside and feeling the dirty silt, and stinging eyes.

We can only hope that the people of China will demand leadership to do a seemingly impossible task.

Clean the place up!