Banking and Politics are in bed together. The New Risk of Banking in Europe 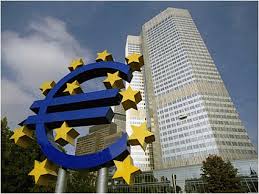 “As things stand, the banks are the permanent government of the country, whichever party is in power.” – Lord Skidelsky, House of Lords, U.K. Parliament, 31 March 2011)

But the real story for taxpayers and depositors is the heightened threat to their pocketbooks of a deal that now authorizes both bailouts and “bail-ins” – the confiscation of depositor funds.  This happened in Cyprus recently. 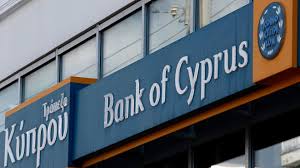 The deal involves multiple concessions to different countries and may be illegal under the rules of the E.U. Parliament; but it is being rushed through to lock taxpayer and depositor liability into place before the dire state of Eurozone banks is exposed.

The bail-in provisions were agreed to last summer. According to Bruno Waterfield, writing in the U.K. Telegraph in June 2013:

"Under the deal, after 2018 bank shareholders will be first in line for assuming the losses of a failed bank before bondholders and certain large depositors. Insured deposits under £85,000 (€100,000) are exempt and, with specific exemptions, uninsured deposits of individuals and small companies are given preferred status in the bail-in pecking order for taking losses... Under the deal all unsecured bondholders must be hit for losses before a bank can be eligible to receive capital injections directly from the ESM, with no retrospective use of the fund before 2018."

As noted in my earlier articles, the ESM (European Stability Mechanism) imposes an open-ended debt on E.U. member governments, putting taxpayers on the hook for whatever the Eurocrats (E.U. officials) demand. And it’s not just the E.U. that has bail-in plans for their troubled too-big-to-fail banks. It is also the U.S., U.K., Canada, Australia, New Zealand and other G20 nations. Recall that a depositor is an unsecured creditor of a bank. When you deposit money in a bank, the bank “owns” the money and you have an IOU or promise to pay.

Under the new E.U. banking union, before the taxpayer-financed single resolution fund can be deployed, shareholders and depositors will be “bailed in” for a significant portion of the losses. The bankers thus win both ways: they can tap up the taxpayers’ money and the depositors’ money.

The Unsettled Question of Deposit Insurance

Not necessarily. According to ABC News, “Thursday’s result is a compromise that differs from the original banking union idea put forward in 2012. The original proposals had a third pillar, Europe-wide deposit insurance. But that idea has stalled.”

European Central Bank President Mario Draghi, speaking before the March 20 meeting in the Belgian capital, hailed the compromise plan as “great progress for a better banking union. Two pillars are now in place” – two but not the third. And two are not enough to protect the public. As observed in The Economist in June 2013, without Europe-wide deposit insurance, the banking union is a failure:

"[T]he third pillar, sadly ignored, [is] a joint deposit-guarantee scheme in which the costs of making insured depositors whole are shared among euro-zone members. Annual contributions from banks should cover depositors in normal years, but they cannot credibly protect the system in meltdown (America’s prefunded scheme would cover a mere 1.35% of insured deposits). Any deposit-insurance scheme must have recourse to government backing... [T]he banking union—and thus the euro—will make little sense without it."

All deposits could be at risk in a meltdown. But how likely is that? Pretty likely, it seems...

What the Eurocrats Don’t Want You to Know

Mario Draghi was vice president of Goldman Sachs Europe before he became president of the ECB. He had a major hand in shaping the banking union. And according to Wolf Richter, writing in October 2013, the goal of Draghi and other Eurocrats is to lock taxpayer and depositor liability in place before the panic button is hit over the extreme vulnerability of Eurozone banks:

"European banks, like all banks, have long been hermetically sealed black boxes... The only thing known about the holes in the balance sheets of these black boxes, left behind by assets that have quietly decomposed, is that they’re deep. But no one knows how deep. And no one is allowed to know – not until Eurocrats decide who is going to pay for bailing out these banks."

When the ECB becomes the regulator of the 130 largest ECB banks, says Richter, it intends to subject them to more realistic evaluations than the earlier “stress tests” that were nothing but “banking agitprop.” But these realistic evaluations won’t happen until the banking union is in place. How does Richter know? Draghi himself said so. Draghi said:

“The effectiveness of this exercise will depend on the availability of necessary arrangements for recapitalizing banks … including through the provision of a public backstop. . . . These arrangements must be in place before we conclude our assessment.”

Richter translates that to mean:

"The truth shall not be known until after the Eurocrats decided who would have to pay for the bailouts. And the bank examinations won’t be completed until then, because if any of it seeped out – Draghi forbid – the whole house of cards would collapse, with no taxpayers willing to pick up the tab as its magnificent size would finally be out in the open!"

Only after the taxpayers – and the depositors – are stuck with the tab will the curtain be lifted and the crippling insolvency of the banks be revealed. Predictably, panic will then set in, credit will freeze, and the banks will collapse, leaving the unsuspecting public to foot the bill.

What Happened to Nationalizing Failed Banks?

Underlying all this frantic wheeling and dealing is the presumption that the “zombie banks” must be kept alive at all costs – alive and in the hands of private bankers, who can then continue to speculate and reap outsized bonuses while the people bear the losses.

But that’s not the only alternative. In the 1990s, the expectation even in the United States was that failed megabanks would be nationalized. That route was pursued quite successfully not only in Sweden and Finland but in the US in the case of Continental Illinois, then the fourth-largest bank in the country and the largest-ever bankruptcy. According to William Engdahl, writing in September 2008:

"[I]n almost every case of recent banking crises in which emergency action was needed to save the financial system, the most economical (to taxpayers) method was to have the Government, as in Sweden or Finland in the early 1990’s, nationalize the troubled banks [and] take over their management and assets … In the Swedish case the end cost to taxpayers was estimated to have been almost nil."

Typically, nationalization involves taking on the insolvent bank’s bad debts, getting the bank back on its feet, and returning it to private owners, who are then free to put depositors’ money at risk again. But better would be to keep the nationalized mega-bank as a public utility, serving the needs of the people because it is owned by the people.

As argued by George Irvin in Social Europe Journal in October 2011:

"[T]he financial sector needs more than just regulation; it needs a large measure of public sector control—that’s right, the n-word: nationalisation. Finance is a public good, far too important to be run entirely for private bankers. At the very least, we need a large public investment bank tasked with modernising and greening our infrastructure . . . . [I]nstead of trashing the Eurozone and going back to a dozen minor currencies fluctuating daily, let’s have a Eurozone Ministry of Finance (Treasury) with the necessary fiscal muscle to deliver European public goods like more jobs, better wages and pensions and a sustainable environment."

A Third Alternative – Turn the Government Money Tap Back On

A giant flaw in the current banking scheme is that private banks, not governments, now create virtually the entire money supply; and they do it by creating interest-bearing debt. The debt inevitably grows faster than the money supply, because the interest is not created along with the principal in the original loan.

For a clever explanation of how all this works in graphic cartoon form, see the short French video “Government Debt Explained,” linked here.

The problem is exacerbated in the Eurozone, because no one has the power to create money ex nihilo as needed to balance the system, not even the central bank itself. This flaw could be remedied either by allowing nations individually to issue money debt-free or, as suggested by George Irvin, by giving a joint Eurozone Treasury that power.

The Bank of England just admitted in its Quarterly Bulletin that banks do not actually lend the money of their depositors. What they lend is bank credit created on their books. In the U.S. today, finance charges on this credit-money amount to between 30 and 40% of the economy, depending on whose numbers you believe. In a monetary system in which money is issued by the government and credit is issued by public banks, this “rentiering” can be avoided. Government money will not come into existence as a debt at interest, and any finance costs incurred by the public banks’ debtors will represent Treasury income that offsets taxation.

New money can be added to the money supply without creating inflation, at least to the extent of the “output gap” – the difference between actual GDP or actual output and potential GDP. In the U.S., that figure is about $1 trillion annually; and for the E.U. is roughly €520 billion ($715 billion). A joint Eurozone Treasury could add this sum to the money supply debt-free, creating the euros necessary to create jobs, rebuild infrastructure, protect the environment, and maintain a flourishing economy.

Ellen Brown is an attorney, founder of the Public Banking Institute, and a candidate for California State Treasurer running on a state bank platform.